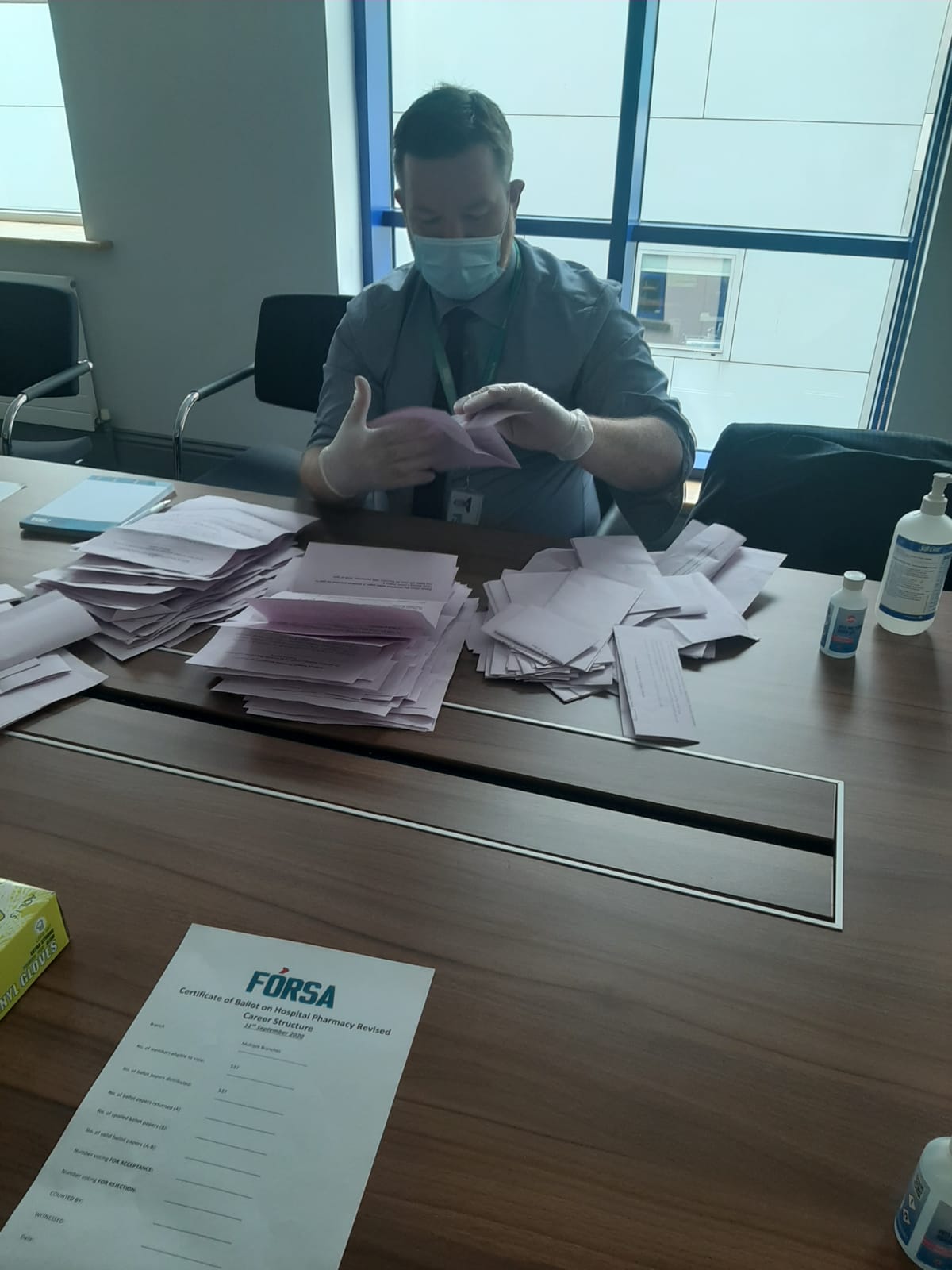 Hospital pharmacist members working in acute hospitals have backed a range of proposals to revise career structures in a ballot of members. The ballot passed by just over 67% on a turnout of 65%.

Fórsa official Catherine Keogh said the proposals backed by members contain significant and immediate gains for hospital pharmacists. These include a shorter pay scale, an enhanced career structure, additional specialist and new senior posts, in addition to greater protections on the issue of weekend services, out of hours and extended working days.

Fórsa’s  ballot follows a WRC conciliation process that sought to implement the 2011 McLoughlin report, and a follow up composite report in 2017.

“The 2011 McLoughlin report was the first review undertaken since 1978, which was when the current grading structure was agreed, and while various factors have delayed us getting to this point, it is significant that the decision to back these measures was made by our pharmacist members,” she said.

It is significant that the decision to back these measures was made by our pharmacist members.

The union arranged two online information sessions during the ballot process, which were very well attended. Catherine and the union’s head of Health and Welfare Éamonn Donnelly responded to hundreds questions from attendees.

As the proposals currently only directly affect hospital pharmacists in acute settings, those working in community settings were not balloted at this time. However, Catherine said the union has made a commitment to all members working as hospital pharmacists in community settings that a follow-on claim will immediately be lodged with the HSE on behalf of these members. That claim was lodged this afternoon as Catherine confirmed the ballot outcome with the HSE.

A separate meeting for Fórsa members working in the community is to take place  in the coming weeks.

Healthcare workers are being denied fair redundancies at three care facilities run by the Sisters of Charity in Dublin. The
Read More
Next Article