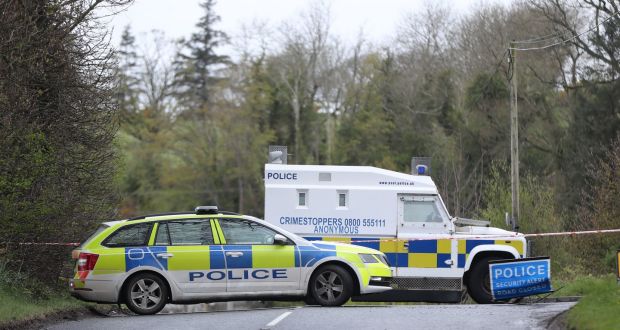 Fórsa has united with all trade unions across the island of Ireland to denounce the attempted murder of a part-time PSNI officer in county Derry yesterday. The targeted woman is a member of PSNI civilian staff and a trade union activist, who also serves as a part-time police officer.

It’s understood she was about to get into her car with her three-year-old daughter when she spotted a suspicious device. It was primed to detonate and create a fireball when she started to drive.

The attack was denounced by every trade union on the island at a meeting of the Irish Congress of Trade Unions (ICTU) executive committee this morning (Wednesday 21st April).

Speaking after the meeting, ICTU general secretary Patricia King said trade unionists were appalled and angry at the attempted murder of the woman.

“We stand with her. She is a public servant who has been active in her union, Nipsa, and whose duties bolster the peace process through the administration of justice for all in society. This is an attack on all of us who voted for the Belfast agreement and who have advocated for its full implementation,” she said.

ICTU assistant general secretary Owen Reidy said: “What did this woman or her child do to deserve being burnt alive? How does that advance any cause? This is the misogyny of an easy target and needs to be called out.”

He also slammed the “cynical sectarianism” that continues to fuel threats and attacks on many workers.

“Over 80 PSNI officers have been injured in recent weeks, and threats have been levelled at bus workers and journalists. Everyone has a duty to make clear their support for the institutions we have supported since 1998, and to exclude those who attack the foundations for a just and peaceful society,” he said.

No call for austerity re-run

New official forecasts predict a strong post-Covid economic bounce in Ireland, with growth of 4.5% per cent this year and
Read More