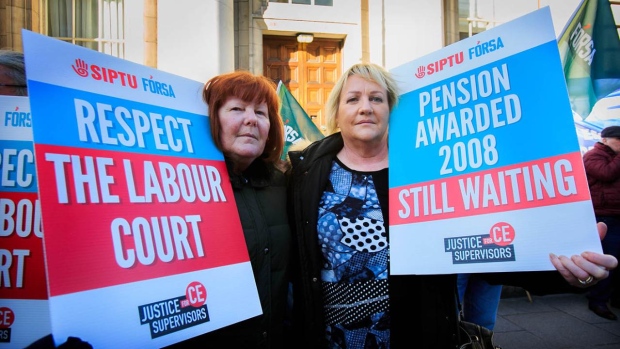 Fórsa has today (Monday) welcomed fresh proposals aimed at resolving a longstanding dispute over the lack of pension provision for community employment (CE) supervisors. The union said it had sought further engagement on the proposals, which could see once-off payments for retiring CE staff.

A meeting of members of Fórsa’s CE Supervisors Branch was called this morning to discuss the proposals, which were received from the Department of Social Protection on foot of discussions between that department, the Department of Public Expenditure and Reform (DPER) and unions representing CE supervisors and assistant supervisors.

Fórsa has been campaigning for pension justice for CE supervisors since a 2008 Labour Court recommended that some provision should be made for the workers concerned.

Last July, Fórsa met the Minister for Public Expenditure and Reform on the matter. Minister McGrath said he wanted to fund a proposal to resolve the longstanding dispute, and subsequently instructed senior officials to engage with their counterparts in the Department of Social Protection. Fórsa and Siptu subsequently submitted a joint proposal.