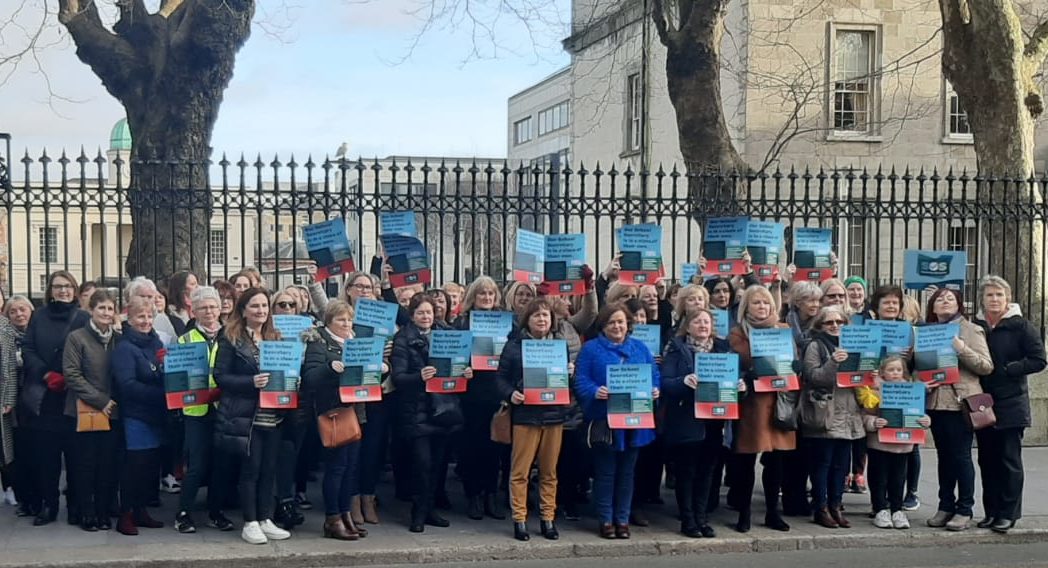 Today’s nationwide strike action by school secretaries represented by Fórsa trade union is to be followed by a resumption of their work to rule, which was suspended in October 2019 in order to facilitate discussions at the Workplace Relations Commission (WRC).

The dispute is over the continuing two-tier pay system that leaves most school secretaries earning just €12,500 a year, with irregular, short-term contracts that force them to sign on during the summer holidays and other school breaks.

Fórsa represents more than half of the estimated 2,000 school secretaries employed directly by their school’s board of management and paid from the school’s ancillary grant.

Most of the remaining estimated 1,000 school secretaries are employed directly through the Education and Training Boards (ETBs), while a very small number, who were hired before 1978, are directly employed by the Department of Education.

The vast majority of school secretaries working in Ireland are women.

The resumed work to rule action will mean that school secretaries will withdraw from work on public service systems and databases.

The decision to take strike action and resume the work to rule followed what the union described as an ‘insulting and derisory’ offer of 1.5% at the WRC last December. Talks have been taking place since October.

The resumed work to rule action will mean that school secretaries will withdraw from work on public service systems and databases. They will also refuse to carry out the functions of public servants. This is because they have repeatedly been refused public service pay and conditions over the last four decades.

A series of rallies by school secretaries are taking place across four locations today as follows:

Regrettably this is the only way to increase pressure on an employer wedded to an unjust two-tier pay system.

Andy Pike, Forsa’s head of Education, said the department had failed to bring forward any proposals on pay capable of resolving the issue: “The offer to school secretaries was 1.5%. An offer we can only describe as insulting. The gap between both parties clearly remains far too wide, and school secretaries had no option but to re-commence their industrial action in their decades-long campaign for pay equity. Regrettably this is the only way to increase pressure on an employer wedded to an unjust two-tier pay system.”

“Fórsa left the WRC negotiations having given a clear message to the employers that our campaign does not seek percentage pay increases. What we’re seeking is respect and recognition for school secretaries through access to the same pay and conditions as secretaries in ETB schools.

“In the context of broader pay trends, the offer of 1.5% is derisory and falls far short of what it would take to resolve a pay disparity that successive governments have allowed to fester for four decades. Our aim in this process is to ensure school secretaries and caretakers are afforded the opportunity to work in a system that properly reflects their huge value to the school community.

“This offer doesn’t even come close to achieving that goal, and it’s possible the Government has completely underestimated the resolve of school secretaries to get a meaningful result on this,” he said.

Pay increases under the current public service agreement (which do not apply to grant paid school secretaries) came in at just over 1.75% last year. CSO figures show that average weekly earnings rose by 3.9% in the private sector in 2019, while average economy-wide pay increases of almost 4% are anticipated this year.