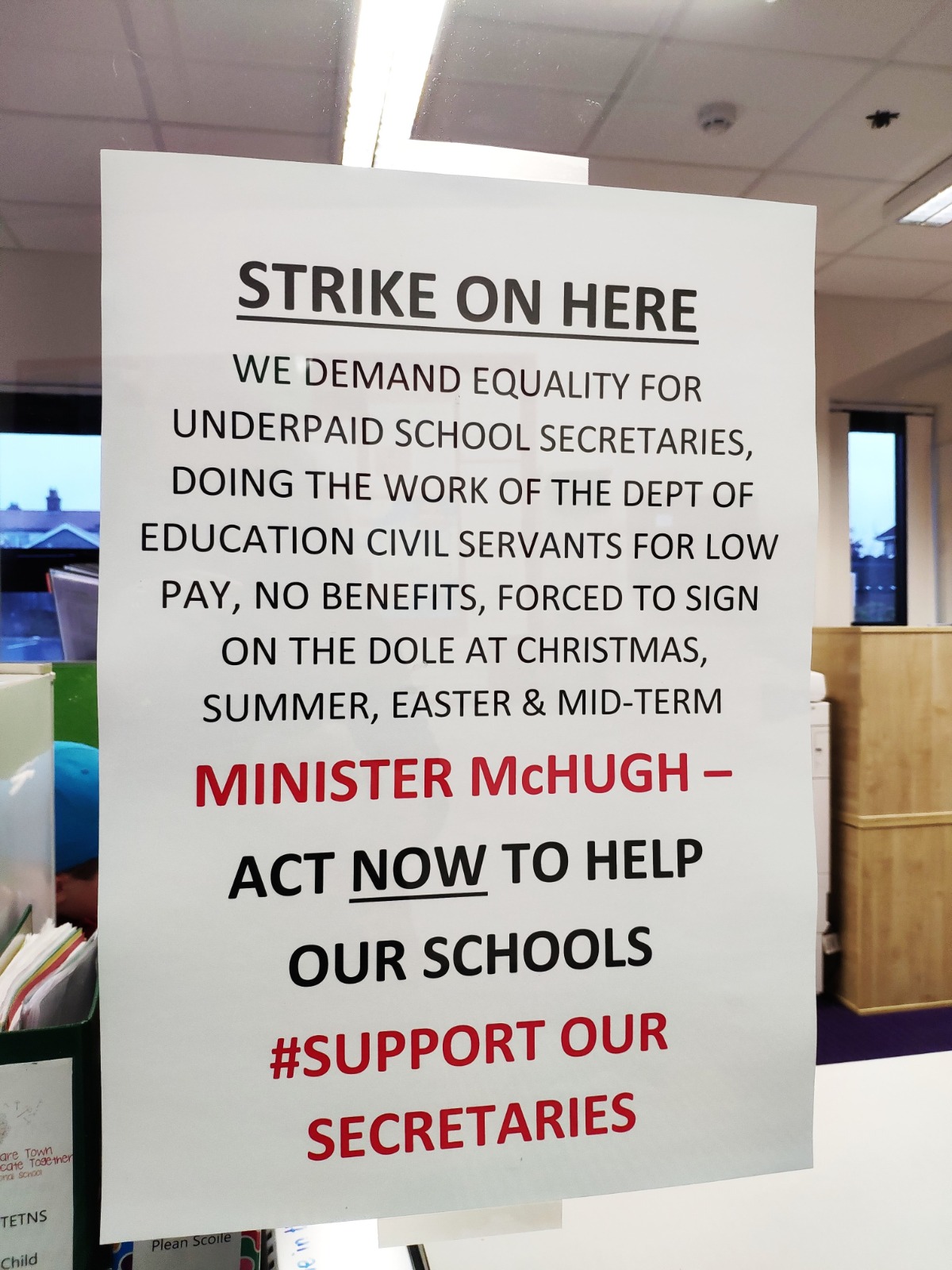 Fórsa today (Friday) said it would be prepared to re-enter Workplace Relations Commission (WRC)-brokered talks, aimed at addressing long-standing pay inequity for school secretaries, if the Government demonstrates that it is genuinely willing to move off its rigid commitment to a 40-year-old two-tier pay system.

The union said Minister for Education and Science Joe McHugh had, in radio interviews today, asked Fórsa to go back to the WRC, and implied that there would be a new flexibility from his department and the Department of Public Expenditure and Reform (DPER) if talks were to resume.

But the union called on Minister McHugh and his officials to confirm the Government’s willingness to discuss an entirely new pay structure to replace the existing two-tier system, which leaves most school secretaries earning just €12,500 a year, with irregular, short-term contracts that force them to sign on during the summer holidays and other school breaks.

Andy Pike, the head of Fórsa’s Education Division, said the union would go back to the WRC if the Government side was prepared to negotiate a new pay model to end the two-tier system, and signalled a willingness to use the existing Department of Education clerical officer pay scale as the starting point for this.

He also insisted that any resolution must end the lay-off of school secretaries at the end of each school term and introduce basic employment rights like paid holidays and sick leave.

Mr Pike said: “In his media statement yesterday, and in a radio interview today, Minister McHugh seemed to suggest that the Government would move off its rigid position if we were to re-engage at the WRC. While this has not been our experience during the talks that took place between October and December, we are prepared to re-engage on this basis, if only to see if there is any real movement on the Government side.

“I hope that Minister McHugh, his officials, and his Government colleagues will note the solid determination that school secretaries have shown today and throughout this campaign – as well as the incredible levels of support and respect they have earned from parents, school colleagues and management, and the wider public. He should be in no doubt that there will be a swift return to industrial action if it turns out that his comments yesterday and today were not made in good faith,” he said.

School secretaries to return to talks at WRC