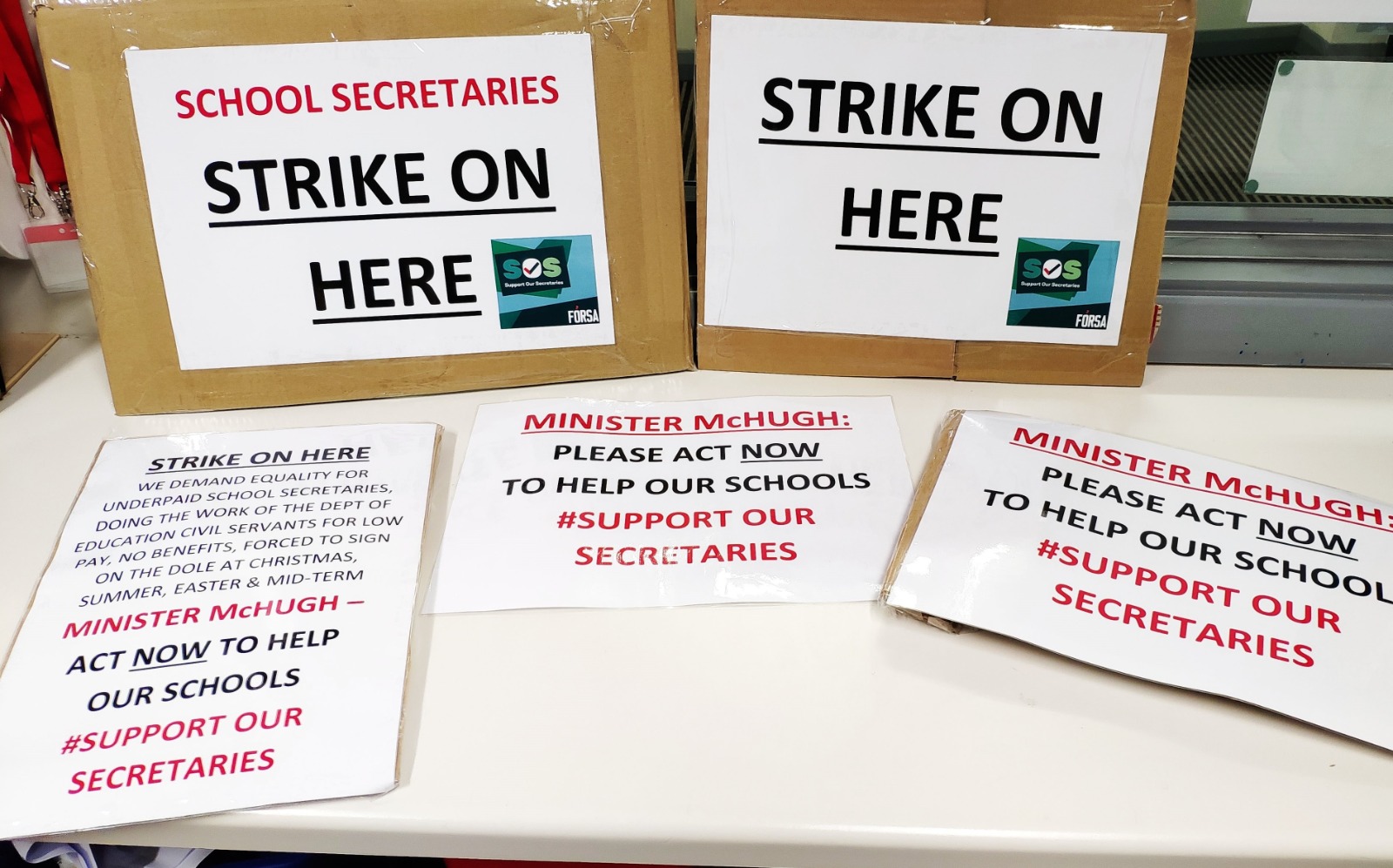 Industrial action to be suspended at 9am Tuesday 21st January

The School Secretaries branch of Fórsa trade union has accepted an invitation to return to talks at the Workplace Relations Commission (WRC) about the ongoing dispute over the two-tier pay system affecting two-thirds of the estimated 3,000 school secretaries nationwide.

The WRC has requested that the ongoing work to rule be suspended to allow these talks to progress. Fórsa has confirmed that work-to-rule action by school secretaries, which commenced last Monday (13th January), will be suspended from 9am tomorrow morning (Tuesday 21st) in order to facilitate the WRC talks.

A failure to make real and significant progress would lead to an immediate resumption of industrial action by school secretaries.

Fórsa’s Head of Education Andy Pike said the talks at the WRC needed to yield real and significant progress to end the antiquated system under which school secretaries are employed: “A failure to make real and significant progress would lead to an immediate resumption of industrial action by school secretaries, because they have resolved to keep the pressure on until the issue is dealt with once and for all.

“The minister and the department had previously made the mistake if underestimating that resolve, which led directly to the one day strike last Friday,” he said.

Fine Gael are noticeable for their absence among the huge groundswell of support for the school secretary campaign.

The existing two-tier pay system, which applies to all school secretaries employed after 1978 (with the exception of those working in ETB schools) leaves most school secretaries earning just €12,500 a year, with irregular, short-term contracts that force them to sign on during the summer holidays and other school breaks.

Fórsa represents more than half of the estimated 2,000 school secretaries employed directly by their school’s board of management and paid from the school’s ancillary grant.

The vast majority of school secretaries working in Ireland are women.

School secretaries engaged in strike action on Friday 10th January following what the union described as an ‘insulting and derisory’ offer of 1.5% at the WRC last December. Talks had been taking place since October.

New Government should declare emergency over

More than a decade since the economic crash, public service pay and conditions are still being framed by an “emergency
Read More