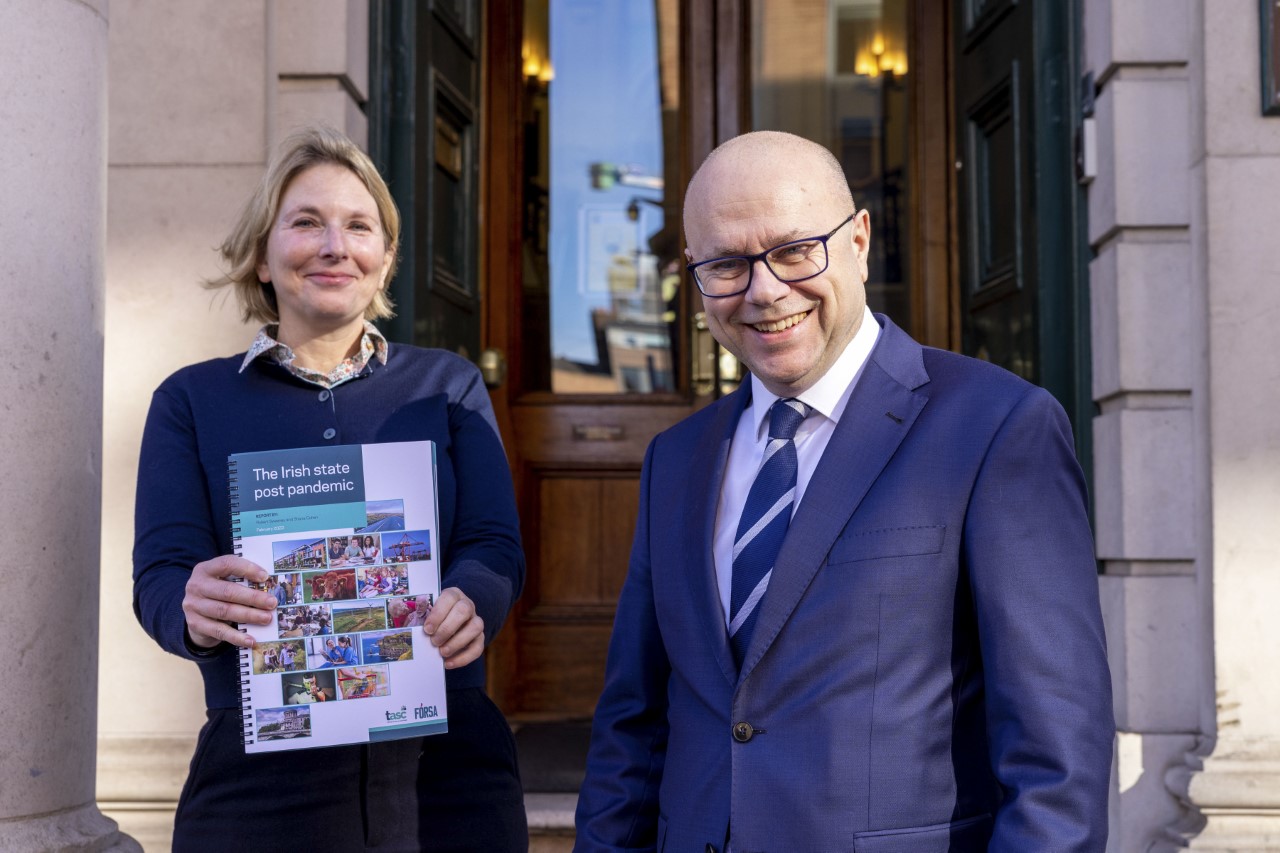 Ireland spends 28% less on pensions and 12% less on family and child welfare when compared to high-income EU countries, according to a major new report on The Irish State Post-Pandemic, published today (Thursday).

The research findings, which were commissioned by Fórsa and produced by the TASC think-tank, call for the retirement age to be kept at 66 and for spending on eldercare supports to increase by 0.4% of national income, or just under €900 million, in the coming years.

The Irish State Post-Pandemic also recommends a €1.5 billion increase in funding for the early years sector to bring it up to 1% of national income as recommended by UNICEF, and calls for a trebling of public funding for renewable energy research and development.

The report adds that State spending on higher education should be returned to 2000s levels of around 1% of national income, with 0.1% of this spending allocated to research. It says the cap on recruitment of permanent staff in the sector should be lifted, and that a long-term strategy for higher education is needed.

At 40% of national income, Ireland’s State spending is the eighth lowest of the 27 European Union countries, and well below the EU average of 46.5%.

At 40% of national income, Ireland’s State spending is the eighth lowest of the 27 European Union countries, and well below the EU average of 46.5%. “The single largest factor in Ireland’s underspend relative to other countries, and in particular high-income EU countries, is lower spending on social protection,” according to the report.

The Irish State Post-Pandemic says the single biggest cause of the shortfall in State revenue compared to high income European countries is low social insurance contributions, particularly on the employer side. It calls for employers’ and self-employed PRSI to be increased to “at least 1% of national income to fund maintaining retirement at 66 and expanding the social wage.”

It also calls for the phasing out capital gains tax (CGT) relief and the phasing out fossil fuel subsidies. Revised EU fiscal rules should be based on the cost of servicing debt rather than the level of deficit or debt itself, it recommends.

“This report digs into how we should, and how we can, achieve an expanded state and work towards a best-of-class social wage supported by a competitive environmentally-robust economy founded on secure and well-paid work. It also takes up the challenge of fundamental reform of State finances to bring Ireland in line with the rest and the best of Western Europe.

“We spend far less on public services and infrastructure than similar European countries – almost €3,500 less per person each year, or €17 billion in 2019 alone. This is why Ireland lacks the ‘social wage’ enjoyed by workers and communities in comparable European countries: access to free health care at the point of delivery; access to free or affordable childcare and early years’ education; social housing worthy of the name; the opportunity for our kids – and our economy – to benefit and grow through accessible high-quality third level education.

“The report acknowledges the contribution of foreign direct investment to the Irish economy, but argues that we can and should reduce our dependence on FDI, not by running it down but by developing parallel indigenous enterprise,” he said.

The research for the report revealed that stakeholders across very different sectors all wanted a more joined-up state with long-term strategic plans.

TASC Director Dr Shana Cohen, who co-authored the report, said: “The research for the report revealed that stakeholders across very different sectors all wanted a more joined-up state with long-term strategic plans that address effectively longstanding and growing problems, from gaps in care services to inadequate state investment in wind energy.

“This means in a sector like childcare improving both the quality, consistency, and accessibility of care and working conditions, so that childcare providers can attract and keep workers, who will see a future in the occupation and be better qualified to deliver care.”

The report says that public opinion and voting patterns clearly point to the Irish public favouring policies that imply a larger state.

Most pressing in the public mind is housing and healthcare, though investments in childcare and climate mitigation policies are also popular.

“Most pressing in the public mind is housing and healthcare, though investments in childcare and climate mitigation policies are also popular. Policymakers across the sectors share a common desire for substantial policy change focused on confronting long-term economic and social problems and likewise, creating more opportunities for workers and indigenous industries.

“They agree that the state will need to expand and that, beyond budget exercises and spending commitments in specific areas, the scope of its responsibility has to be fundamentally altered to be more farsighted and holistic.

“A new model would need to encompass research, infrastructure, and local economic and community development. This would facilitate growth and innovation in indigenous industry that would provide greater opportunities for local economic and community development and promotion of social mobility. In turn, that would enable individuals to both lead more fulfilling lives and gain greater trust in political elites and government,” it says.