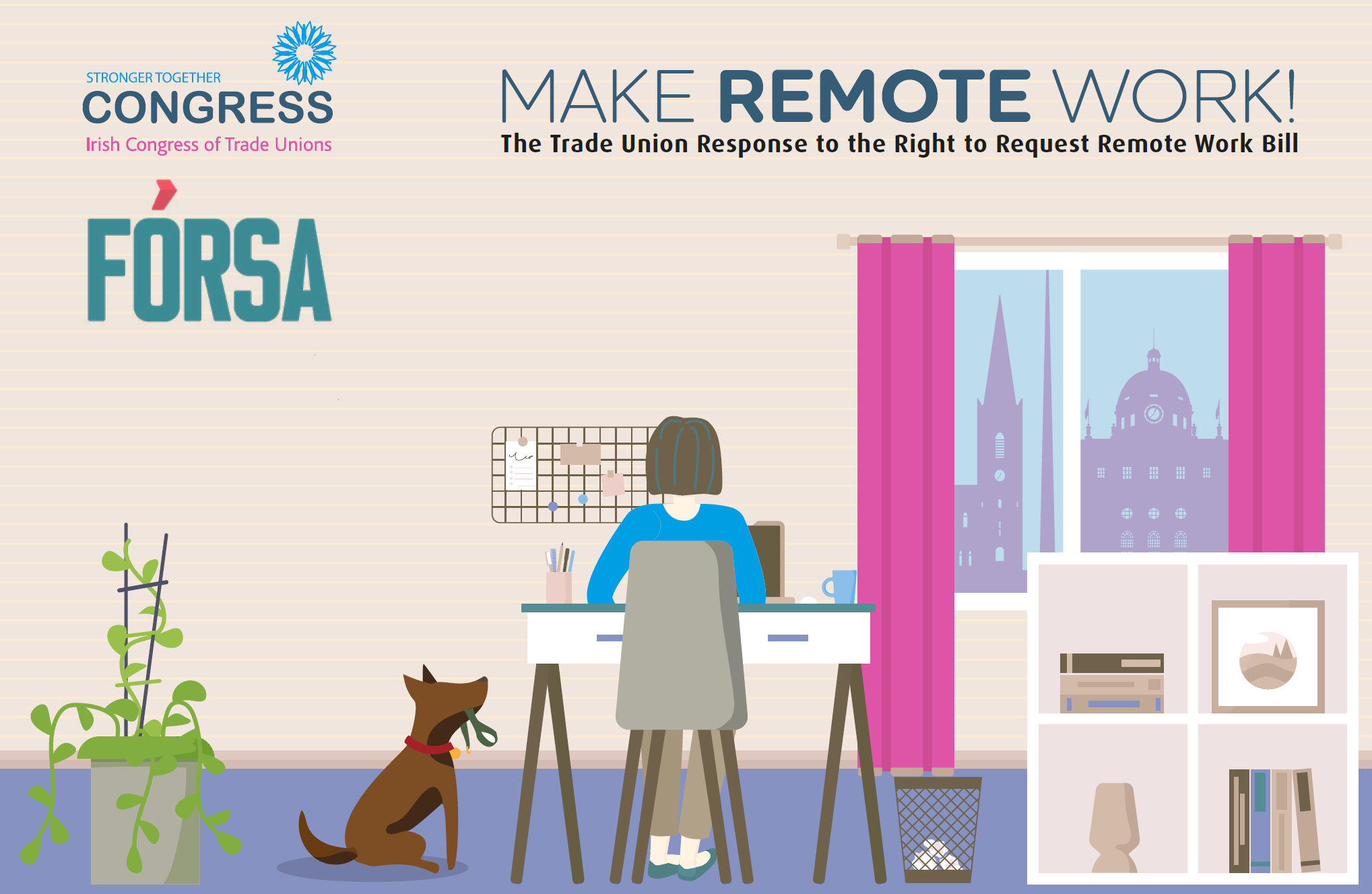 Fórsa and the Irish Congress of Trade Unions (ICTU) have called for major amendments to proposed legislation on workers’ rights to request remote work.

In a submission to the Oireachtas committee charged with scrutinising the new laws, the union says employers should be obliged to give objective reasons if they refuse an employee’s request to work from home. And it says the long list of grounds for refusal set out in the first draft of the proposed law is far too extensive.

Unions also say staff should have a legal right to appeal to the Workplace Relations Commission (WRC) if their employer turns down a request. As currently written, the bill only allows for a complaint to the WRC on technical grounds. It doesn’t allow an employee to appeal the reason for refusing the request.

ICTU is also preparing to give oral evidence to the Oireachtas committee in the coming weeks.

Fórsa and other ICTU affiliates first called for legislation on requesting remote work in the summer of 2020, saying this would bring Irish workers’ rights in line with other wealthy European countries. The Government agreed, but its proposed law falls far short of what’s required.

“If enacted in its current form, the Right to Request Remote Work Bill would not deliver robust legislation guaranteeing fair procedure and balancing the employer and employee needs,” according to the union submission.

Major report due on post-pandemic economy

Fórsa will launch a major report on ‘The Irish State Post-Pandemic’ at 11.00am this Thursday (24th February), and members are
Read More
Next Article

Ireland spends 28% less on pensions and 12% less on family and child welfare when compared to high-income EU countries,
Read More