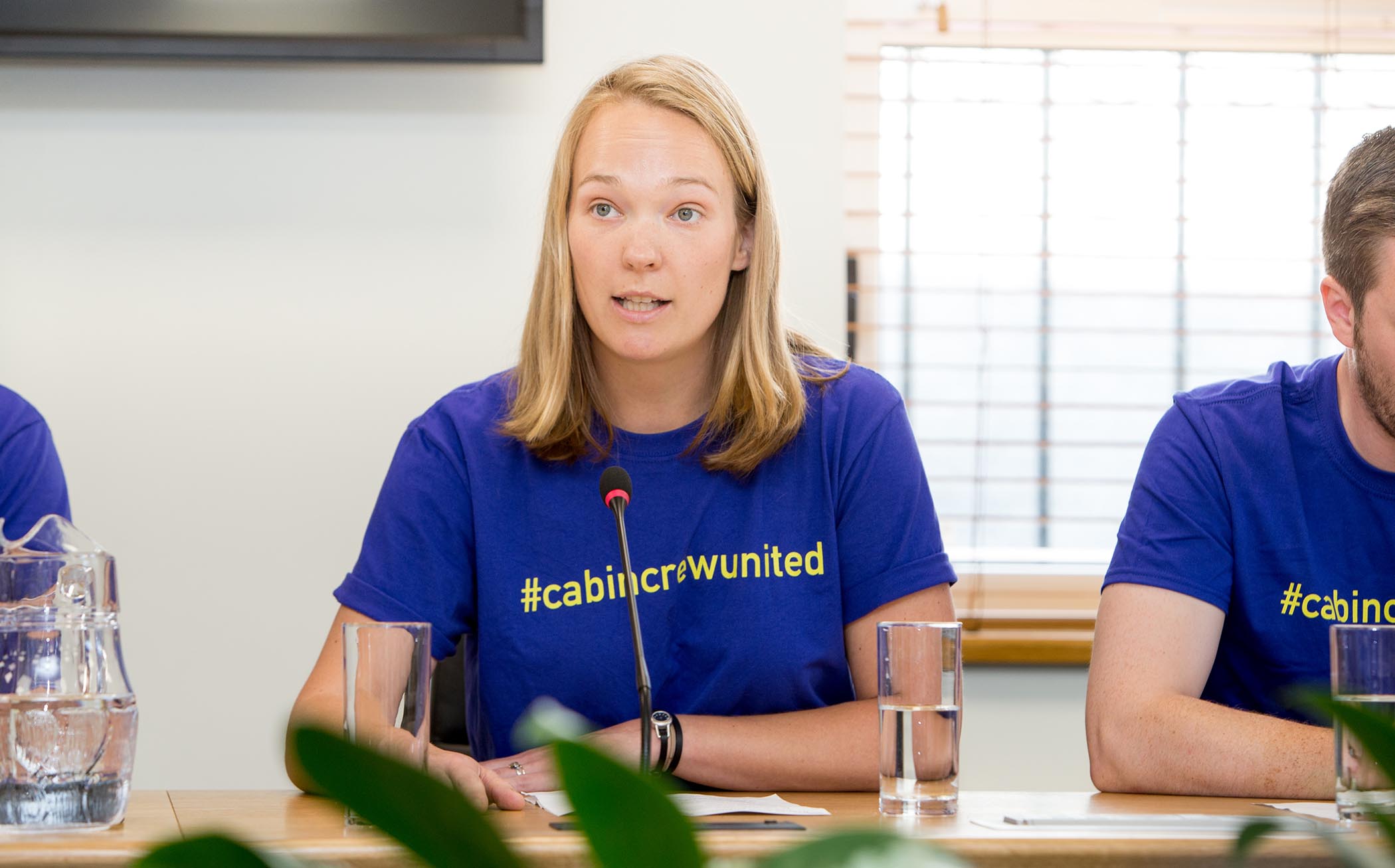 Cabin crew have issued a Ryanair Crew Charter with a set of demands to the company.

Yesterday (3rd July) workers convened at the offices of Fórsa for the first ever Ryanair Crew summit. Today, they have launched a Ryanair Crew Charter outlining the changes the company must make to bring it in line with comparable employers.

The charter contains demands on economic conditions, safety and rostering, a fair and supportive work culture, agency employment, the right to sick pay and sales targets. A key demand is also that employment contracts explicitly recognise national law and jurisdiction in the country a worker is based.

In December, after intense pressure from workers, Ryanair finally announced that it would recognise unions. However, little progress has been made over the last six months and there have so far been no concrete improvements in pay or working conditions at the airline.

If Ryanair fails to respond promptly and appropriately then it risks industrial action over the summer. ITF and ETF support all lawful industrial action undertaken by their national affiliates with the aim of winning a fair deal for workers.

Directly-employed pilots in Ryanair, who are members of the Irish Airline Pilots’ Association (IALPA), a branch of the Fórsa trade
Read More
Next Article

Continuing industrial action at Roscommon County Council has been suspended, following statements this week by the National Oversight Body and
Read More