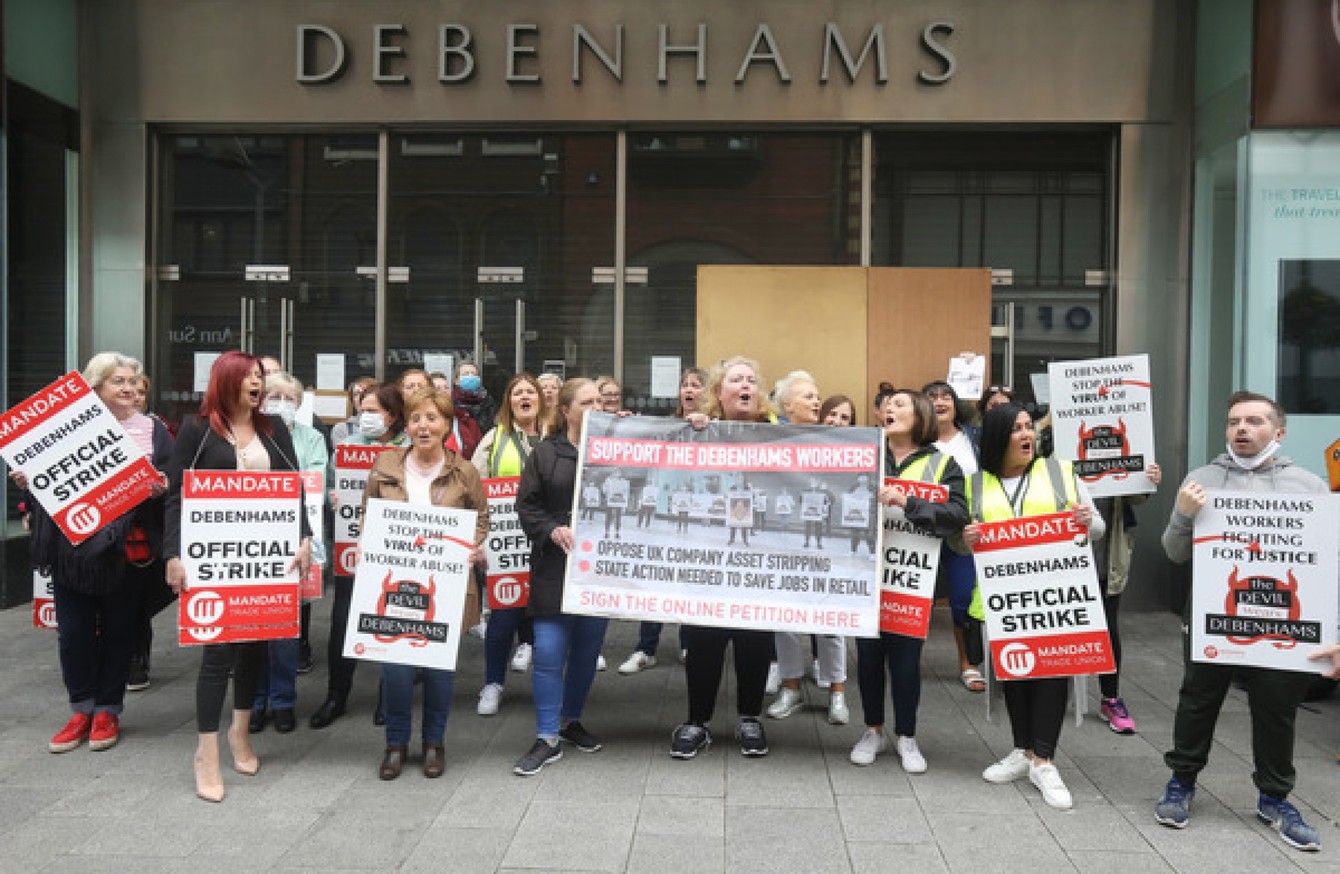 Fórsa has backed a new initiative by Mandate and the Irish Congress of Trade Unions (ICTU), which seeks new legislation to resolve the Debenhams dispute. The move has also been unanimously backed by a national representative group of Mandate members from all Debenhams stores.

ICTU says its initiative would help resolve the long-standing deadlock between the Debenhams staff and management, while providing protections for workers who find themselves in similar situations in future.

Earlier this year, Debenhams went into liquidation with the loss of over 1,000 jobs. The sudden announcement, coupled with the Coivd-19 pandemic, denied the workers access a collective redundancy agreement negotiated by Mandate and the company, as would normally have been the case.

Fórsa has called on its members to show their support for the ex-Debenhams workers.

The proposed legal protections would restrict companies from using limited liability and corporate restructuring to avoid obligations to their staff. And it would mean staff were protected when their employer goes into liquidation.

If implemented, the ex-Debenhams workers would be entitled to an agreed redundancy package worth four weeks’ of pay per year of service.

It also proposes the establishment of a fund that employers would pay into, and which could be used in the event of future liquidations, and calls on the Government to make an advanced payment from this fund to the ex-Debenhams workers.

ICTU says several European countries have similar legal provisions. Mandate general secretary Gerry Light said the proposal “would bring an end to the continuing abuse of workers in this country.”

The Debenhams workers have been campaigning for a fair redundancy settlement for nearly six months. You can watch their campaign video HERE.

Fórsa is hosting a webinar for members on Friday 25th September at 1pm, exploring the future for remote working from
Read More
Next Article