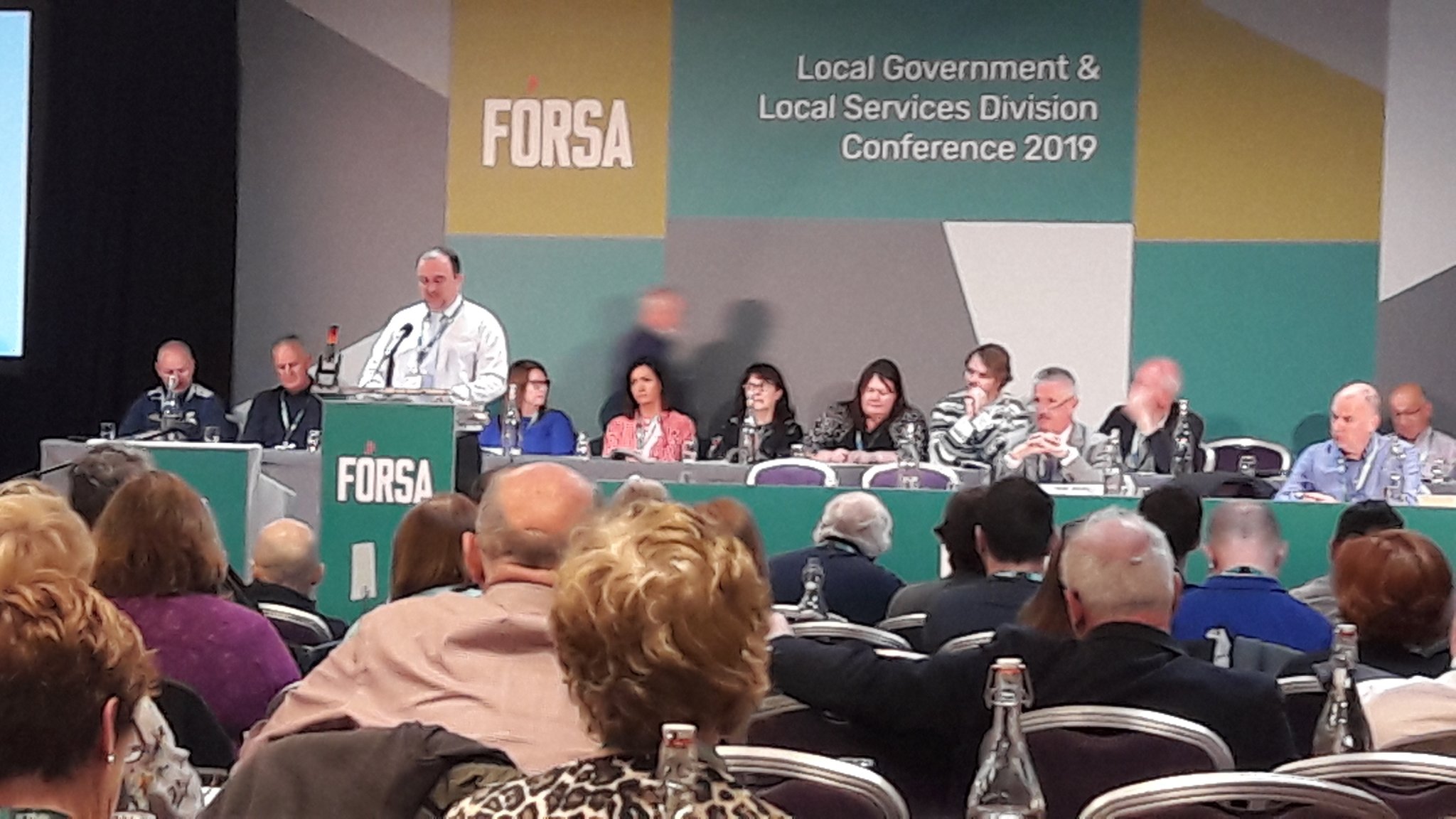 Fórsa trade union has said the Citizens Assembly needs to be considered as an appropriate forum to develop meaningful local government reform.

The proposal was made by Seán Reid, chair of Fórsa’s Local Government and Local Services division. He told delegates at the union’s divisional conference in Kilkenny this evening that local democratic reform remains one of the long-standing questions of Irish politics.

Mr Reid told delegates that research commissioned by the union found that only 8% of Irish public spending occurs at local government level, compared to an EU average of over 23%.

“Even then, just three-quarters of the spend is fully under local authority control. We have far fewer local municipalities than similar-sized European countries and our councils have fewer functions,” he said.

“It also contributes to declining local election voter turnout. With little more than two weeks to go before polling day, this is sobering and dispiriting for those of us who’ve committed our careers to local democracy,” he said.

Mr Reid said successive governments have shunned local democratic reform because too many prospective TDs still favour being seen as the local ‘fixer’ in order to secure re-election to the Dáil.

Poor investment contributes to declining local election voter turnout. With little more than two weeks to go before polling day, this is sobering and dispiriting for those of us who’ve committed our careers to local democracy.

“This debases our national politics, and reduces every Dáil election campaign slogan to “They fixed the road!”, harking back to a cronyism that was supposed to have been shaken out of Irish politics with the abolition of the dual mandate almost two decades ago.

Mr Reid said successive governments have shunned local democratic reform because too many prospective TDs still favour being seen as the local ‘fixer’ in order to secure re-election to the Dáil.

“Sometimes they’re talking about post offices, pubs or Garda stations. Many of the changes we hear about are driven by commercial imperatives, but there’s no question that rural communities are changing.

“The population is becoming more urbanised. People are travelling further to work. All the while, local authorities continue to provide the services that respond specifically to the needs of the communities they serve. Those services have lasting value because they are delivered by people who live and work in the community,” he said.

Mr Reid told delegates that the union has continued to be vigilant and proactive on the issue of water services. He said the union’s priority is to keep water in public ownership.

A number of the union’s conference motions tomorrow afternoon (Thursday) on Irish Water deal with the union’s continuing calls for an early date for a referendum to give constitutional protection to the public ownership of water services, as well as demands to protect the service level agreements under which local authorities currently provide services to Irish Water.

Mr Reid said: “We champion constitutional protection for water services because we must never allow the folly of privatisation to become policy for this Irish Government or any other future government.

“Last year, Irish Water outlined its intention to create a single water agency and employer by 2021, four years before the expiry of the current union-negotiated service level agreements with local authorities.

“We agreed, earlier this year, to enter bilateral talks, assisted by the WRC, about the future of water services, following consultation with our branches and members.

“We’ve insisted that this engagement must yield simultaneous movement on four strands:

“Our objectives are clear, and our resolve on these issues is strong. We have placed ourselves to defend and protect the public ownership of water services, and our members’ terms and conditions of employment,” he said.

Mr Reid said the reversal of water privatisation continues apace in a number of European municipalities, because privatised services only mean higher costs and a failure to deliver promised improvement.

“From Cherbourg to Stuttgart, Bordeaux to Budapest, and Rostock to Naples, and a host of other European municipalities, the privatisation of water has been successfully reversed, while the campaign to re-municipalise water services continues in Lyon and Toulouse in France and Sofia in Bulgaria,” he said.

Automation must not undermine jobs or public services