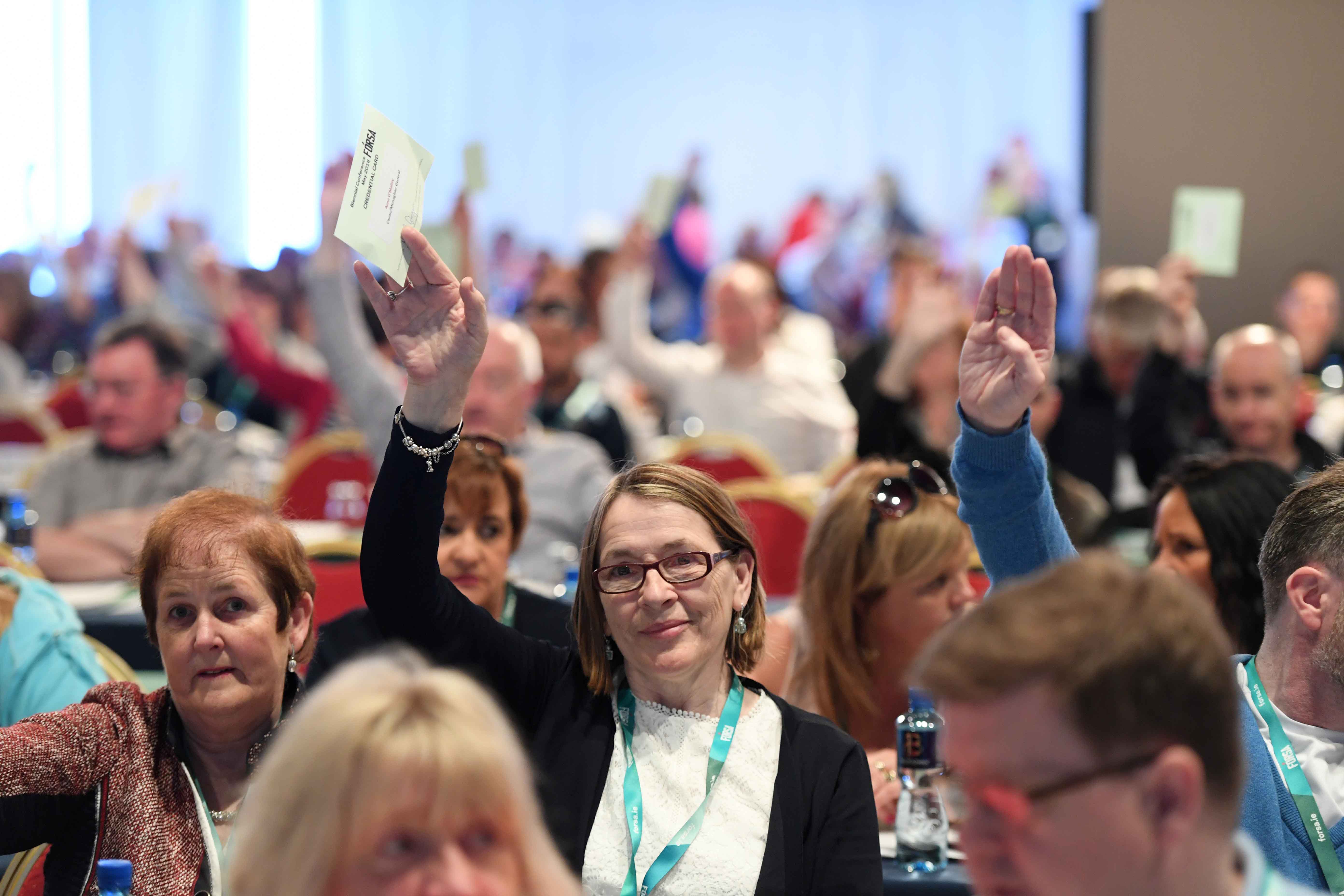 Fórsa fears that legislation compelling employers to reveal details of their organisation’s gender pay gap is unlikely to be passed if the Government insists on publishing its own Bill, rather than amending an opposition Bill that is proceeding through the Oireachtas

The union today (Thursday) said this approach was “at best a delaying tactic and, at worst, an attempt to kill this initiative.”

The Gender Pay Gap Information Bill 2017 was accepted by the Government when it passed its second stage last October. If enacted, it would require medium and large companies to publish details of the difference in the average pay of their male and female staff.

If enacted, the Gender Pay Gap Information Bill 2017 would require medium and large companies to publish details of the difference in the average pay of their male and female staff.

But recent media leaks suggest that the Government now intends to draw up an alternative bill of its own.

Speaking at the Fórsa national conference in Killarney today (Thursday), the 80,000-strong union’s equal opportunities officer Patricia Fanning said this meant the legislation was unlikely to become law before a general election, and would therefore fall.

“How long must women wait for measures which, though crucial, will only get us to the foothills of gender pay equality? The current bill has so far progressed through the Oireachtas with broad cross-party support.

“There has been extensive debate on the issue, including an official public consultation run by the Department of Justice and Equality last year. ICTU and Ibec have been liaising closely, and both support the principle.

“The Government can address any reservations it may have by amending the existing bill. Plans to go back to square one seem at best a delaying tactic and, at worst, an attempt to kill this initiative,” she said.

The Government can address any reservations it may have by amending the existing bill. Plans to go back to square one seem at best a delaying tactic and, at worst, an attempt to kill this initiative - Patricia Fanning, Fórsa equal opportunities officer.

New legislation would require the minister to draw up heads of bill for Cabinet approval, before drafting legislation that would be subject to possibly-lengthy pre-legislative scrutiny. Only then could it begin its passage through the Oireachtas. The current Confidence and Supply arrangement between the Government and Fianna Fáil only runs to October’s budget.

Ms Fanning called on the Government to continue its support for the existing Gender Pay Gap Information Bill 2017, which is expected to move to committee stage before the summer recess.

“It’s over 40 years since equal pay legislation was introduced in Ireland but, on average, women here still earn almost 15% less than their male counterparts. Transparency in individual organisations would encourage further progress by shining a light on the causes of inequality and encouraging employers to address them.

“Employers’ bodies have been convinced that gender pay gap reporting is not a punitive measure. Rather, it’s a small but crucial step towards real action on Ireland’s stubborn pay gap. We’ve had the debate. We’ve pretty-much built a political consensus. Now it’s time for action, rather than dithering over the details that can be addressed through amendments,” she said.

A motion to the Fórsa conference called on the union to work to maintain the existing political consensus on the issue and develop guidelines on measures that employers could take to reduce and eliminate the gender pay gap.

The retention of health and care professionals working in physiotherapy, occupational therapy, social care and elsewhere, is more acute than
Read More