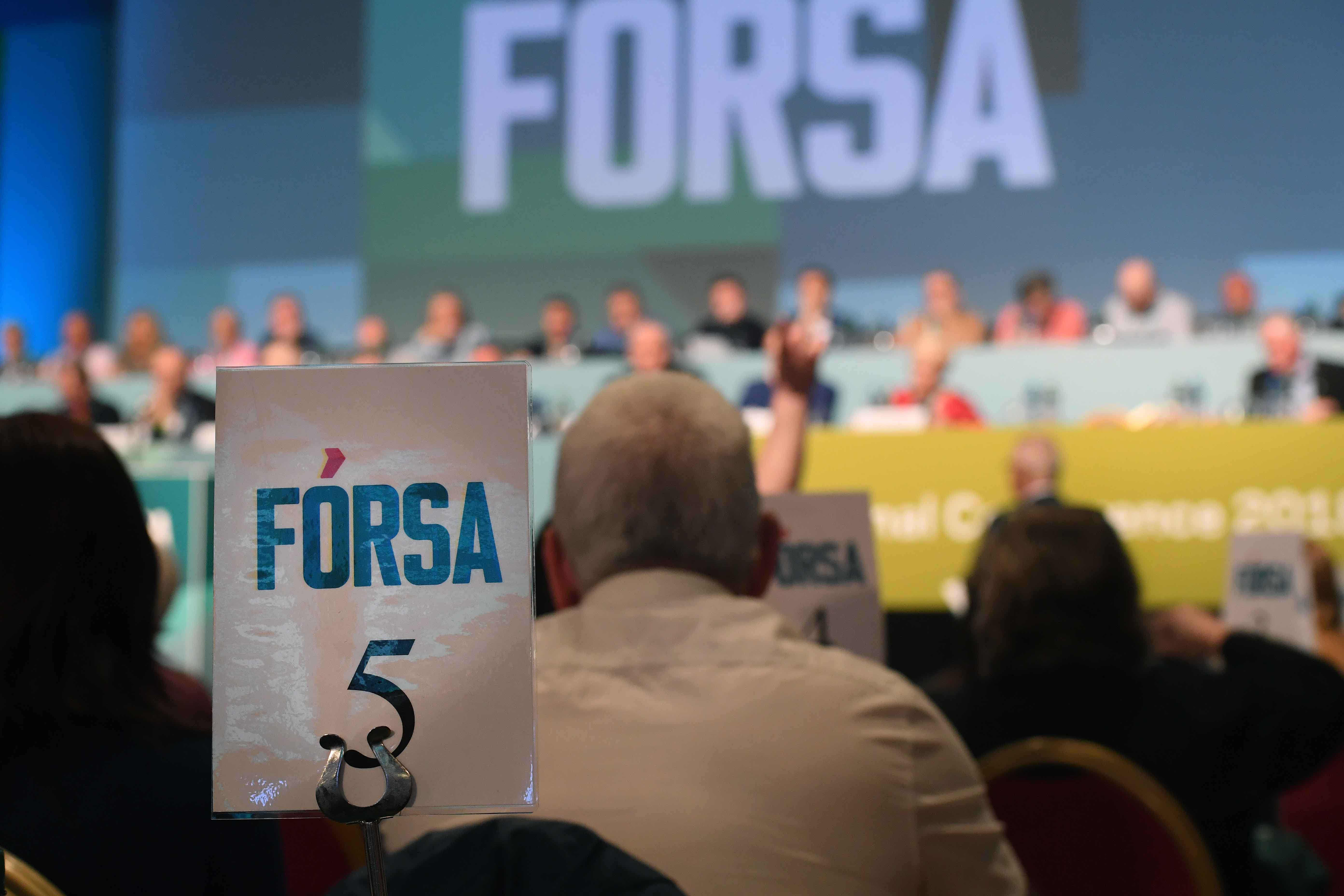 The retention of health and care professionals working in physiotherapy, occupational therapy, social care and elsewhere, is more acute than in any health profession except doctors, according to Fórsa.

The union today (Thursday) warned the Government that it must address these professions when the Public Service Pay Commission (PSPC) publishes its report on public service recruitment and retention problems later this year.

Speaking at the union’s national conference in Killarney today (Thursday) Éamonn Donnelly, the head of Fórsa’s Health Division, said no profession or union has “a monopoly” on the issue, and warned the Government to be even-handed in its response to the Pay Commission’s examination of the problem.

Mr Donnelly said there were substantial and growing problems keeping staff in hospitals and communities where demand for professionals continues to grow.

Mr Donnelly said there were substantial and growing problems keeping staff in hospitals and communities where demand for OTs, Physiotherapists, SLTs and other professionals continues to grow. “In its 2017 report, the Public Service Pay Commission cited turnover rates of 8% for therapy grades, and almost 9% for other health professionals, a category that includes social care grades.

“With the exception of consultants, this is the highest level of churn in the health service, including nursing. Fórsa believes the Commission will treat each case on its merits. But we will not accept a situation where any profession or grade is treated more favourably than others in the Government’s response to the Commission’s findings,” he said.

Mr Donnelly said the SláinteCare report envisaged “a substantial increase in the number of people working in the health and social care professions, in order to deliver its vision of high quality, affordable care – in community settings as well as hospitals – that has won cross-party political support.”

Fórsa National Secretary Andy Pike said that, in the civil service, relatively low starting salaries meant recruitment was the main problem. He has called for civil service management to be given the flexibility to pay staff above the usual entry rates, where necessary, in order to attract suitably qualified staff.

“The problem is starkest in professional and technical areas, but it’s not confined to these specialisms. Civil service bodies have struggled to hire meteorologists, cleaners, special education needs organisers, and civilian staff in Garda stations in recent months. Across the state’s laboratories, law offices and many specialist agencies, the current starting salaries are no longer competitive compared to the private sector labour market for specialist staff,” he said.

The Public Service Pay Commission’s 2017 report, which formed the basis for negotiations that led to the Public Service Stability Agreement, included a chapter on recruitment and retention issues. It identified average turnover rates of 8% for health service therapy grades, and 8.8% for other health professions. This compared with 8.8% for consultants, 3.3% for public health nurses, 3.4% for nurse specialists, 5.7% for nurse managers, and 7.7% for staff nurses.

The Public Service Stability Agreement required the Commission to undertake a more detailed examination of recruitment and retention issues in areas it identified as problematic in 2017. That work is currently underway, and Fórsa made separate submissions regarding the civil service and health and social care professionals.