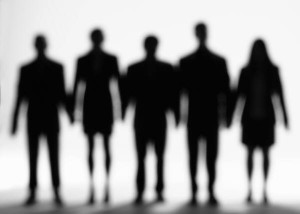 The civil service is struggling to recruit staff in many areas because salaries are not keeping pace with those available in comparable private sector jobs, according to Fórsa. State bodies are finding it difficult to recruit a wide range of staff including cleaners, solicitors, meteorologists, radio officers, technical agricultural officers, valuers, Oireachtas researchers, translation staff, and special education needs organisers, the union’s Civil Service Division conference was told today (Thursday).

Speaking at Fórsa’s Civil Service divisional conference in Killarney, official Andy Pike said service quality was being strained because of staff shortages, and he called on civil service management to be given the flexibility to pay staff above the usual entry rates, where necessary, in order to attract suitably qualified staff.

The problem is not confined to specialist areas. Some civil service bodies have even struggled to hire cleaners in recent months.

“The problem is starkest in professional and technical areas, but it’s not confined to these specialisms. Some civil service bodies have even struggled to hire cleaners in recent months,” he said.

The union recently identified a range of civil service grades where public bodies are struggling to hire in a submission to the Public Service Pay Commission (PSPC), which is examining recruitment and retention problems in parts of the public service. The submission said a recent competition for permanent civilian posts in Dublin Garda stations attracted so few applicants that it has to be repeated.

The submission also points to ongoing problems recruiting meteorologists. A recent panel for forecasters led to just three posts being filled, while eight candidates refused positions because of low starting salaries. A 2016 competition for special education needs organisers (SENOs) was equally unsuccessful. All but one of 20 qualifying candidates walked away because better deals were available in schools.

Across the state’s laboratories, law offices and many specialist agencies, the current starting salaries are no longer competitive compared to the private sector labour market for specialist staff.

“Across the state’s laboratories, law offices and many specialist agencies, the current starting salaries are no longer competitive compared to the private sector labour market for specialist staff,” said Mr Pike. He added that the length of the engineer pay scales was also a barrier to retaining staff, who are no longer prepared to wait almost two decades to reach the top of their pay scale as evidence by the recent loss of scientific staff from the Forensics Services Laboratory.

Mr Pike said starting pay for cleaners working in the Garda training college in Templemore was €9.10 an hour, which is below the legal minimum for private sector contract cleaners. “Further difficulties have been reported recruiting cleaning staff for the Department of the Taoiseach. The low starting salary is not competitive with pay rates in the private sector,” he said.

A motion to the conference said changes to starting pay arrangements introduced in some parts of the civil service in 2010 meant that, in a tightening labour market, management was now trying to recruit new staff at salaries €20,000 below those paid at the height of the economic crisis.