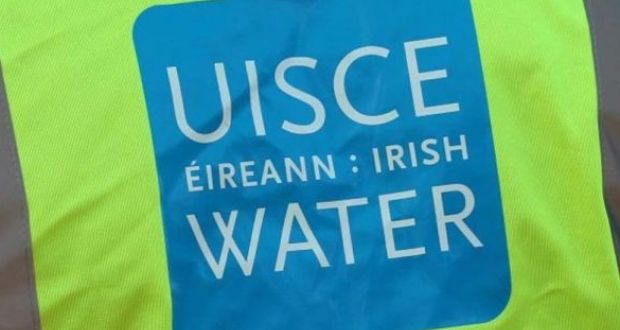 Fórsa today (Wednesday) said industrial action over the proposed transfer of 3,500 local authority staff to Irish Water is “almost inevitable” as poor engagement has left a “huge gap” between Government plans and the protections workers are seeking.

Speaking at the union’s local government conference, which is taking place online today, Fórsa national secretary Peter Nolan said it was “almost impossible” see how the gap between the parties could be closed, and added that engagement between unions, the Government, Irish Water and council employers had been “weakened to the point of incapacity.”

“The repeated failure to respond to union concerns, or even to show some respect to the people who use and provide our water infrastructure, makes me think that industrial action is almost inevitable. The only question is when,” he said.

Peter said industrial action would likely result in “a settlement that could have been achieved without recourse to strike action.” He also warned that a new national water authority would fail without staff engagement and buy-in.

The repeated failure to respond to union concerns, or even to show some respect to the people who use and provide our water infrastructure makes me think that industrial action is almost inevitable and the only question is when.


“If workers are forced to transfer to Irish Water against their will, their anger and alienation will create a failed entity, a mortally-wounded service, and a public policy debacle to dwarf previous protests over water charges,” he said.

The Government outlined plans to bring local authority workers under the control of Irish Water in 2017. But Fórsa says staff won’t agree to this in the absence of a referendum to underpin public ownership and control of the utility. The union says local authority staff have growing fears that the proposal will be a stepping stone to water privatisation unless a referendum takes place first.

Fórsa also fears that most local councils would become unviable if water services were removed from their control. It wants a funded plan, with guaranteed staffing numbers, for the revitalisation of councils as the principal drivers of local social and economic development. The union has also sought guarantees that pay and conditions will be protected in any transfer, and that there will be no compulsory redundancies.

“Since the proposal was first mooted over four years ago, I have met our members and branches in every county. They are anxious, they are worried, and they are getting angry. They don’t want to see water go the same way as housing when, decades ago, public provision was run down to clear the pitch for private speculators and the cuckoo funds of today,” he said.

Local authorities currently provide water services to Irish Water on the basis of service level agreements (SLAs), which run until 2025. But the Government wants to scrap them and move to a single water authority this year.

“Without the SLAs Irish Water would simply have not been able to deliver a service. Without the knowledge and expertise of our workers, clean water would not be flowing through our taps and our waste water treatment plants would have ceased operating.

The union has also sought guarantees that pay and conditions will be protected in any transfer, and that there will be no compulsory redundancies.


“The skilled and experienced people who provide this vital service have little or no interest in transferring out of the local authorities, and any attempt to force them to do so will jeopardise already-strained relationships,” said Mr Nolan.

Mr Nolan also claimed that local authority chief executives had initially baulked at the plans, due to “justified fears of the potential damaging effects on local government services.” He added that the Government had reneged on a promise of a constitutional referendum to underpin public ownership of water services.

Staff fears were exacerbated with the publication of a Government policy paper in February, which included a demand for a framework agreement by July 2021. “Ominously, it threatened that an agreed solution was better than an imposed solution,” said Mr Nolan.

Mr Nolan said: “Fórsa will not be rushed into what looks to be one of the biggest transformations in local government services since the foundation of the state, and we will not allow any forced coercion of staff out of local authorities. The Minister needs to move quickly to clarify the ambiguous nature of his policy paper in this regard.

“If he does that, Fórsa will work with the parties to find a solution that works for our communities, which depend on public water and their local authority services, and to see if members can be persuaded to transfer their skillsets to a new entity,” he said.

Shannon-based Aer Lingus cabin crew remain laid off from work despite expectations of a return to work in early June.
Read More
Next Article

Fórsa to ballot over lack of local authority job evaluation