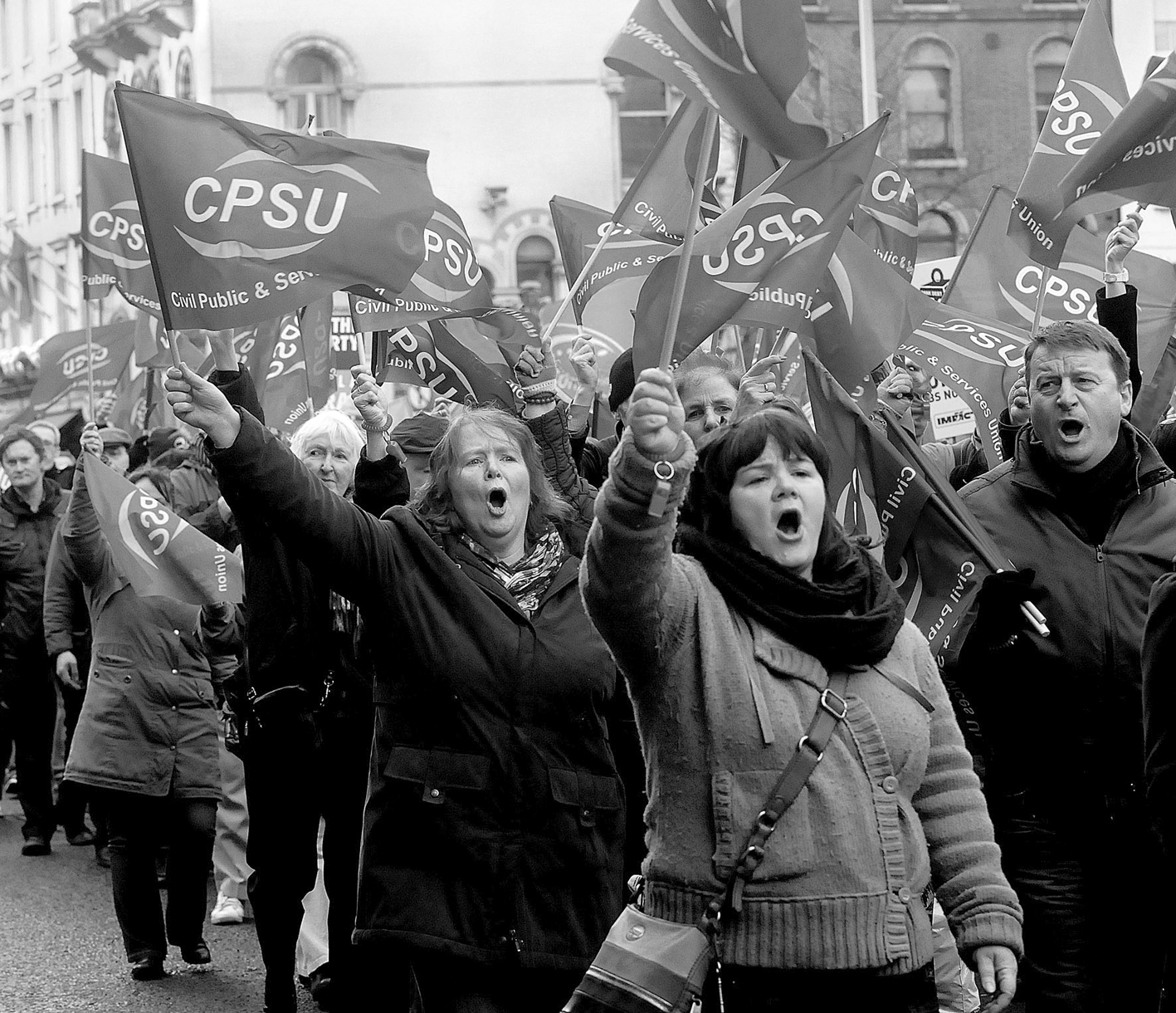 Fórsa is delighted to announce the publication of ‘Fighting for the Clerical Grades’ A History of the Civil, Public and Services Union 1922-2017 (CPSU) on Tuesday 8th November 2022, in what would have been the union’s centenary year. Published by the Institute of Public Administration with Fórsa, the book offers a detailed analysis of the personalities, issues, campaigns and strategies of the Civil, Public and Services Union in its fight to organise and mobilise the lowest grades in the civil service.

Priced at €30, copies of ‘Fighting for the Clerical Grades’ A History of the Civil, Public and Services Union 1922-2017 (CPSU) are available from the Institute of Public Administration and Fórsa. Contact cpsubook@forsa.ie for more information.

A discount will apply to orders of multiple copies received from Branches and Committees of Fórsa – contact cpsubook@forsa.ie for details.

From the rootstock of clerical organisation in the late nineteenth century civil service, it details the growth of the union despite the hostility of the newly independent state, to the concept of negotiation with its civil servants, and its refusal to agree an acceptable conciliation and arbitration scheme.

It is a compelling history of the lowest and overwhelmingly female civil service grades confronting Government, and oftentimes the wider labour movement, in its fight for equality, respect, decent working conditions, and progressive career opportunities. It charts the often contrarian role of the CPSU, one of the earliest civil service unions to join the Irish Trade Union Congress, in shaping the trade union movement within the public service, and in positioning the issue of gender equality as central to that movement.

A substantial contribution to Irish labour history, it is essential reading for activists in public service unions, and for students of public administration, modern industrial relations, and the history of governance in the independent Irish state.

The book is written by Martin Maguire, M.A., Ph.D., the author of The Civil Service and the Revolution in Ireland, 1912-38 ‘Shaking the blood-stained hand of Mr Collins’, published by Manchester University Press, in addition to the histories of the Local Government & Public Services Union and the Union of Professional & Technical Civil Servants that merged to form IMPACT in 1991, also published by the Institute of Public Administration.

Fórsa calls on all employers to support victims of domestic abuse

One in two people know someone experiencing domestic abuse. This is one of the key findings from a new survey
Read More