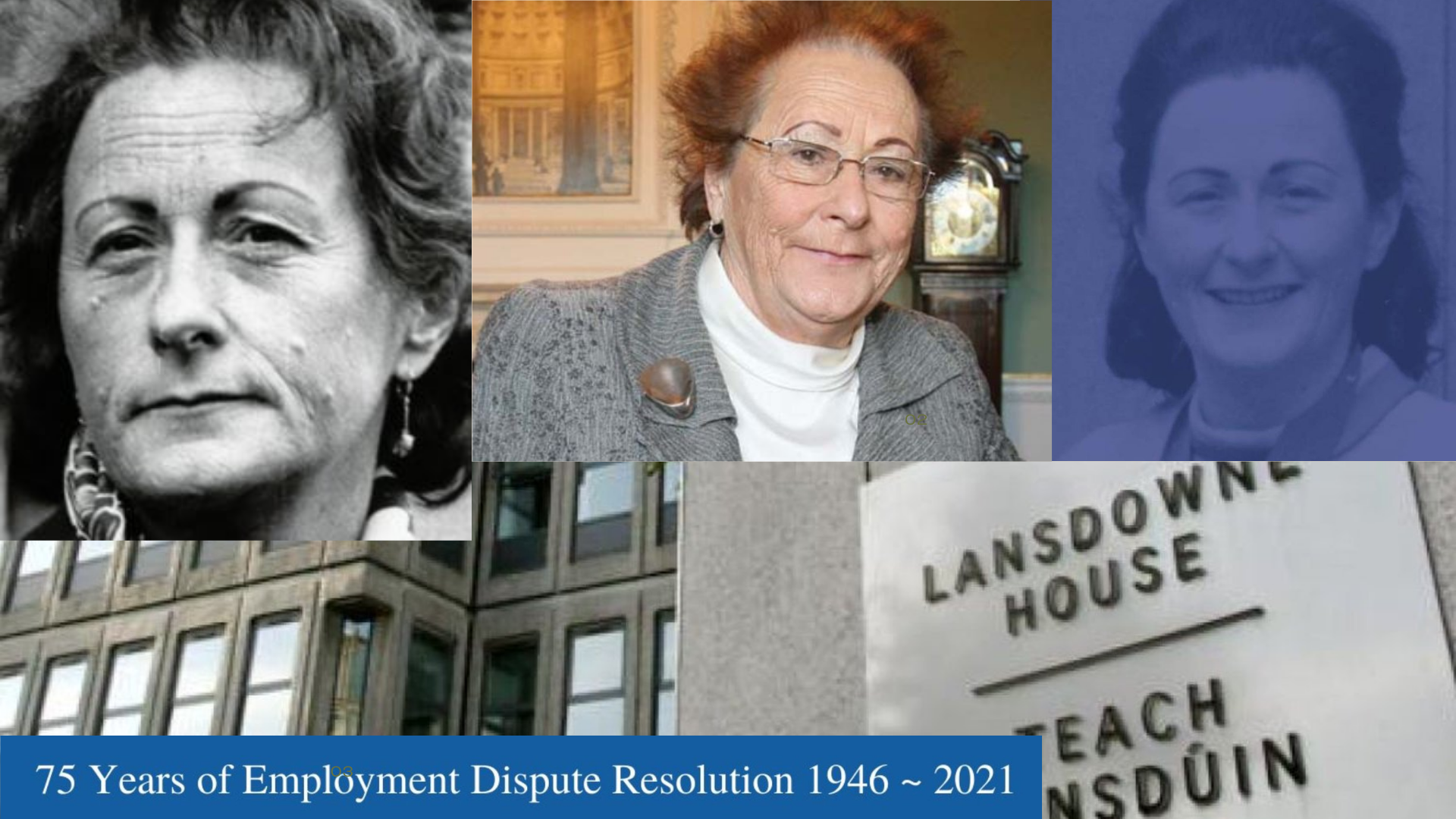 Ireland’s Labour Court marks its 75th anniversary today (23rd September). The court’s prestigious history and crucial role in the development of the State is being celebrated on social media on #IrelandThenAndNow. Fórsa’s Communications Unit has produced a short video to mark the occasion, celebrating the career of Evelyn Owens (1931-2010), who served as Deputy Chair of the Court from 1984, and as Chair from 1994, until her retirement in 1998.

Evelyn, described by The Irish Times as “a pioneering woman in public life,”  was a key campaigner for equal pay, the first woman to chair the Labour Court and the first female leas-cathaoirleach of the Seanad. Evelyn was an official with one of Fórsa’s forerunner unions, the Irish Local Government Officials’ Union (ILGOU).

The Labour Court was established in 1946, following the enactment of the Industrial Relations Act, which coincided with the end of a seven-month pay dispute by Dublin teachers.

Today, 23rd September, @LabourCourt_ie marks its 75th anniversary. Fórsa would like to take this opportunity to salute former Labour Court Chair Evelyn Owens (1931-2010), an official with one of Fórsa’s forerunner unions, and accomplished member of the Seanad. #IrelandThenAndNow pic.twitter.com/XbtySc97Kv

Current deputy chairs of the court include Louise O’Donnell and Tom Geraghty, both of whom formerly worked for our union. Louise was head of the Health and Welfare Division in IMPACT, one of the unions that amalgamated to create Fórsa. Tom is a former general secretary of both Fórsa and the PSEU. Both were appointed by the Minister for Enterprise, Trade and Employment.

Louise, who was called to the Bar of Ireland last year, said the court’s role in the history of the State parallels Ireland’s modernisation and the continuing development of workers’ rights.

“The court carries a proud history of adjudication, and the work we do today is built on strong foundations created by those members of the court who served ahead of us. In marking this anniversary, it gives us an opportunity to consider the outstanding work of people like Evelyn Owens, the first woman appointed as deputy chair of the court, who became its first female chair in 1994.

“Evelyn’s legacy includes a robust body of case law on equality issues, on which we continue to build, and we take pride in that legacy as we mark 75 years of the court’s service to the state,” she said.

The material featured in Fórsa’s video presentation is drawn from Evelyn Owens: An Appreciation, a booklet by Sheila Simmons and Francis Devine, which was published by IMPACT trade union in 2011. A copy of the publication is available via the Irish Labour History Society’s website HERE.