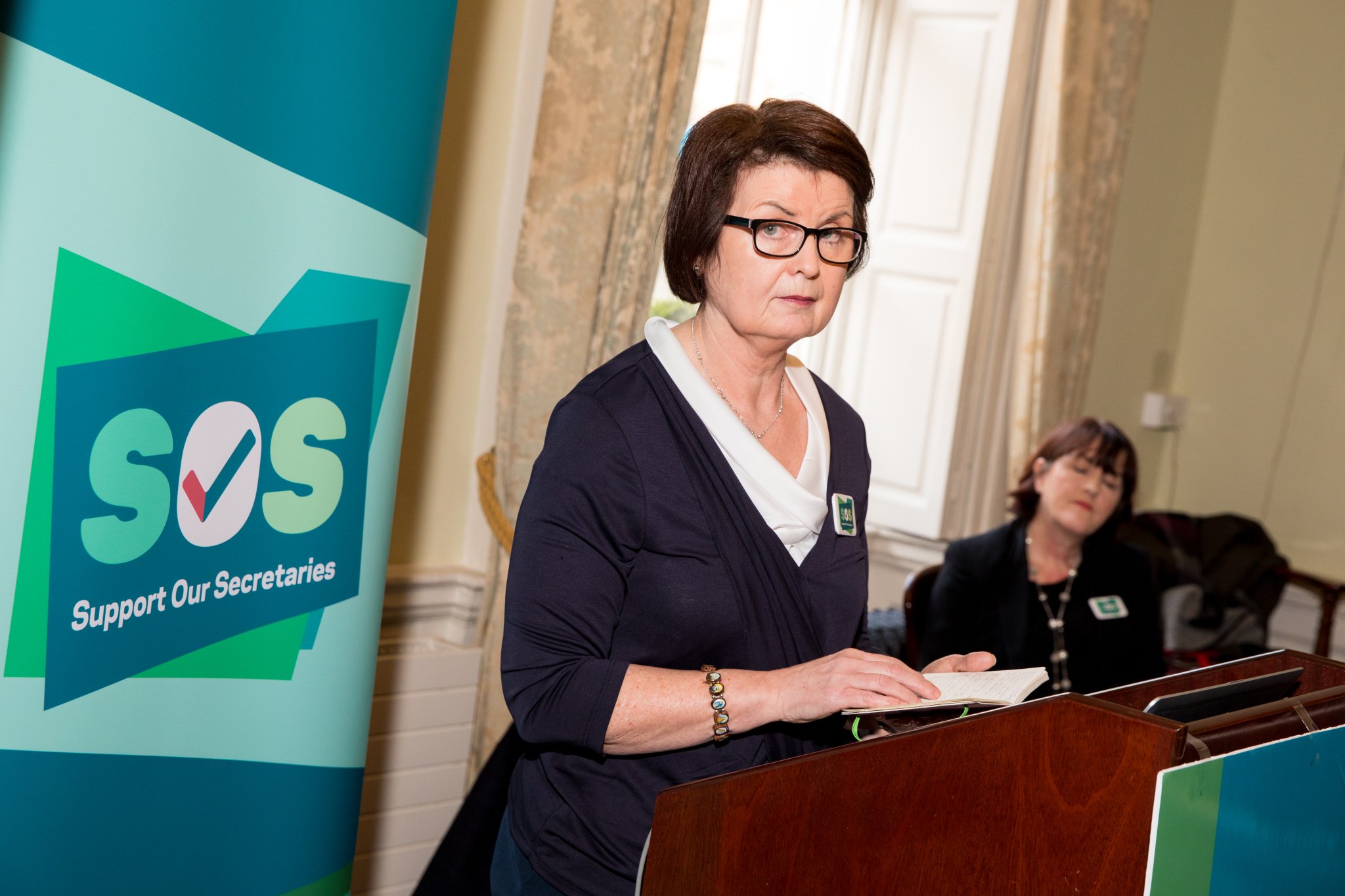 Fórsa has today (Thursday) called on the Minister for Education and Skills to put school secretaries, who are employed by school boards of management, on public service pay scales. The union’s Education Division Conference, which is underway in Carrickmacross this week, unanimously backed a motion demanding funding in the next Budget to facilitate this change in employment status.

Fórsa has mounted a campaign for pay justice for school secretaries, most of whom are very poorly paid and have irregular, short-term contracts that force them to sign on during the summer holidays.

Most school secretaries are very poorly paid and have irregular, short-term contracts that force them to sign on during the summer holidays.

This is because of an antiquated and discriminatory employment status, which was foisted upon school secretaries in 1978. It means that the few directly-employed by the education department have public service status, while the majority are employed by school management boards, which determine their pay and conditions.

School Secretary Kathleen O’Doherty (pictured) told the conference: “Around 90% of our school secretaries are locked out of the regularised pay system. They have no holiday pay, no sick pay, no real job security, certainly no occupational pensions, and no access to public service salary scales. Most of them earn just above – or in some cases below – the legal minimum wage.

“It’s time this antiquated and discriminatory employment arrangement was scrapped, and replaced with a model that reflects the vast range of responsibilities and tasks school secretaries perform.”

It’s time this antiquated and discriminatory employment arrangement was scrapped, and replaced with a model that reflects the vast range of responsibilities and tasks school secretaries perform.

In recent evidence to the Oireachtas Education committee, Fórsa’s Head of Education Andy Pike said school secretaries are uniquely disadvantaged in the education sector, and worked under conditions that fall far short of the standards set elsewhere.

“The best a school secretary can hope for – and that’s only about 10% of the total – is to be paid the same as public service clerical officers. Yet the routine work they carry out often far exceeds the responsibilities set out in the clerical officer job descriptions used by the Public Appointments Service,” he said.

School secretary duties include completing pay and pension returns for teachers, and undertaking many tasks necessary to ensure that teaching staff receive holiday pay, sick pay and other public service conditions of service.

Fórsa’s submission to the Oireachtas committee drew on research by independent employment expert, Seán McHugh, which demonstrated that the school secretaries’ role across all schools carries a wide range of duties and responsibilities including: