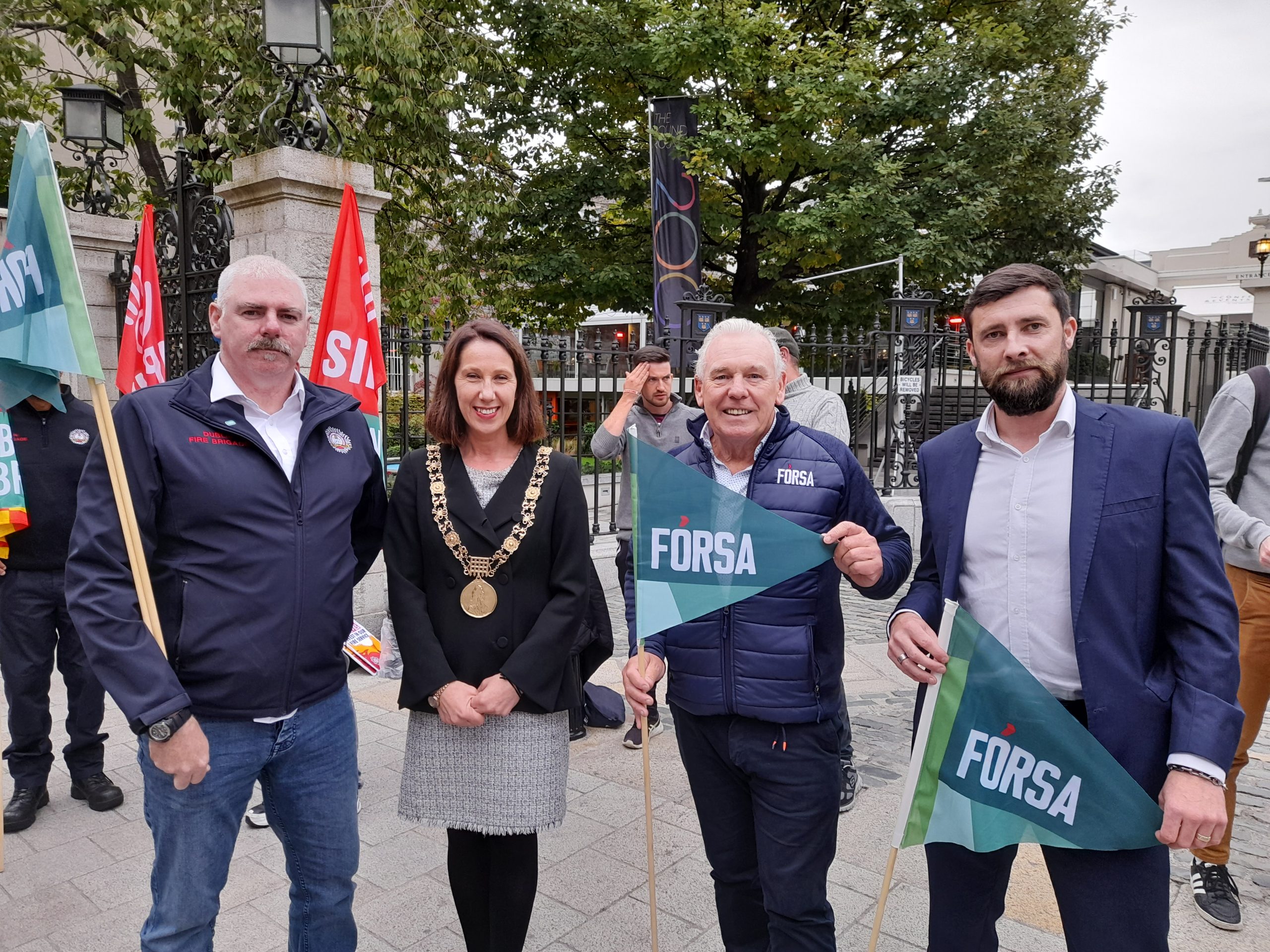 The union highlighted a serious shortage of fire brigade staff – estimated to be 20% – in the WRC talks. It said this was placing both the public and firefighters at risk.

The union presented its concerns to the Health and Safety Authority yesterday, and highlight the unsafe conditions associated with staff shortages in the emergency service.

“The firefighters have made an invaluable contribution during the last year, despite being short-staffed and encountering risk to themselves and their families when they were call-out,” he said.

Fórsa and Siptu, who both represent firefighters, have described the staff shortages as “completely unacceptable.”

“Dublin City Council and the minister must now ensure that Dublin fire brigade’s calls for increased staffing levels, and an improvement to working conditions to enhance recruitment into the service, are heeded as a matter of urgency,” said Dessie.

The understaffing concerns are further amplified in the lead-up to Halloween, when firefighters encounter additional risks and workloads.

Meanwhile, Dublin City Council maintains that management is engaging with the unions through the WRC conciliation process.

Reports suggest six appliances were off the road across Dun Laoghaire, Rathfarnham, North Strand, Phibsboro, and Tara Street stations on Tuesday due to low staff levels. A further seven appliances were without a staff member, and another two operated in the absence of two members of staff.

Public service pay scales are being amended to reflect increases of 1% of gross pay, or €500 a year, whichever
Read More
Next Article

Fórsa has backed calls for full compensation for homeowners affected by the mica homes scandal, in advance of a protest
Read More