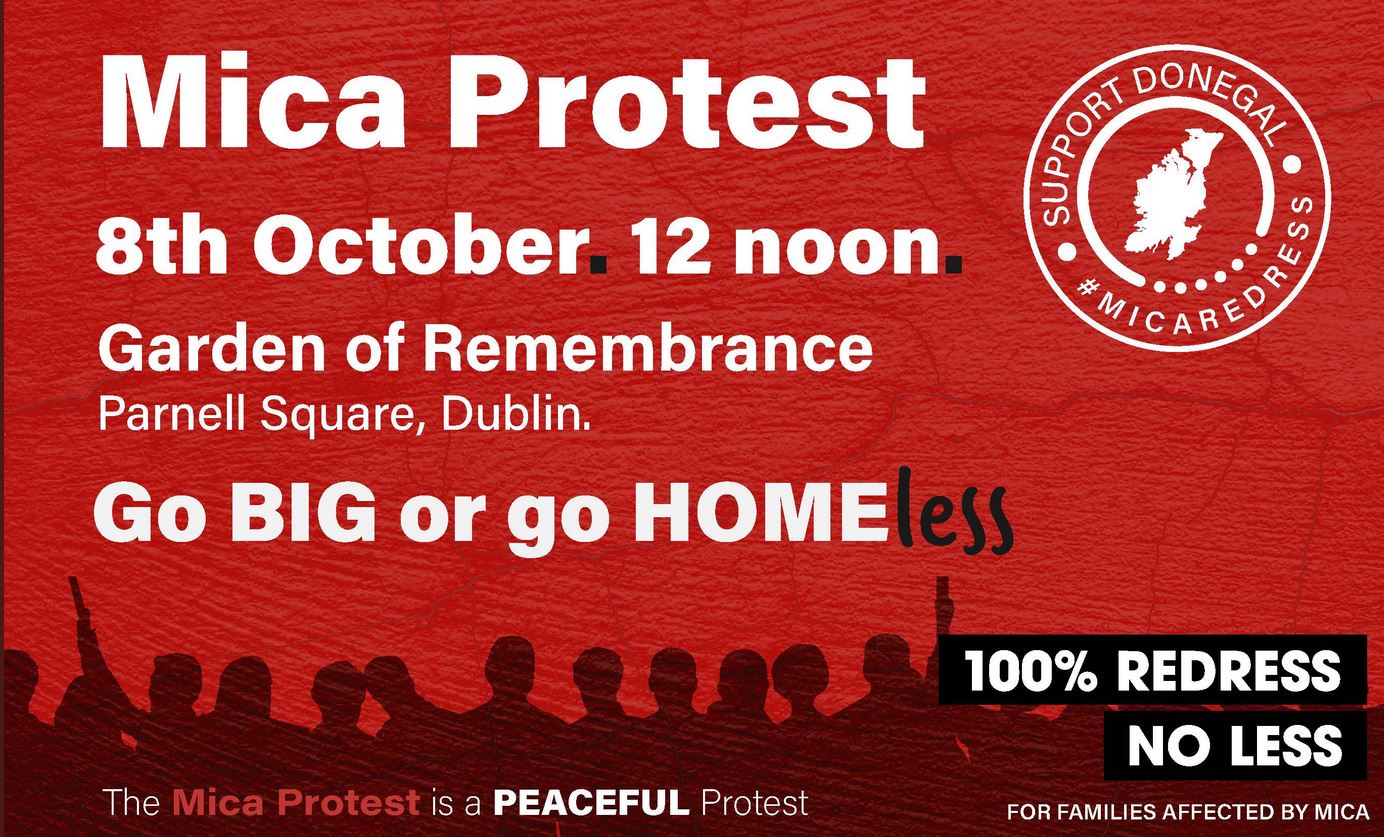 Fórsa has backed calls for full compensation for homeowners affected by the mica homes scandal, in advance of a protest in Dublin due to take place on Friday (8th October). The union formally backed the call for full redress for those affected at a meeting of its national executive in September.

At its most recent meeting the @forsa_union_ie National Executive agreed to support our members affected by #mica and endorsed the call for #100percentredress for #mica homeowners. #micaredress100 https://t.co/yYAWHK4Mkt

Fórsa general secretary Kevin Callinan said: “Many of the people affected by the mica home scandal include Fórsa members and their families. More than 5,700 families are watching their homes disintegrate rapidly across a number of counties including Donegal, Mayo and Clare.

These are families forced to continue paying mortgages on homes that have become worthless as a result of the erosion caused by mica.

“Fórsa supports the call for the State to address the compliance failures that has led to the mica homes scandal, and to provide full redress to those families affected.

“These are families forced to continue paying mortgages on homes that have become worthless as a result of the erosion caused by mica. The housing minister’s commitment today (Wednesday) that he won’t delay introducing a significantly enhanced mica redress scheme are welcome,” he said.

Kevin added: “Fórsa shares the minister’s view that the mica issue is an absolute tragedy, and the union welcomes the minister’s commitment that nothing is off the table as the Government considers appropriate options to compensate the thousands of families affected.”

Fórsa has raised concerns about ongoing staff shortages in Dublin fire brigade with the Health and Safety Authority (HSA). This
Read More
Next Article

Maintaining living standards against a background of rising living costs will be the priority in future pay negotiations, according to
Read More