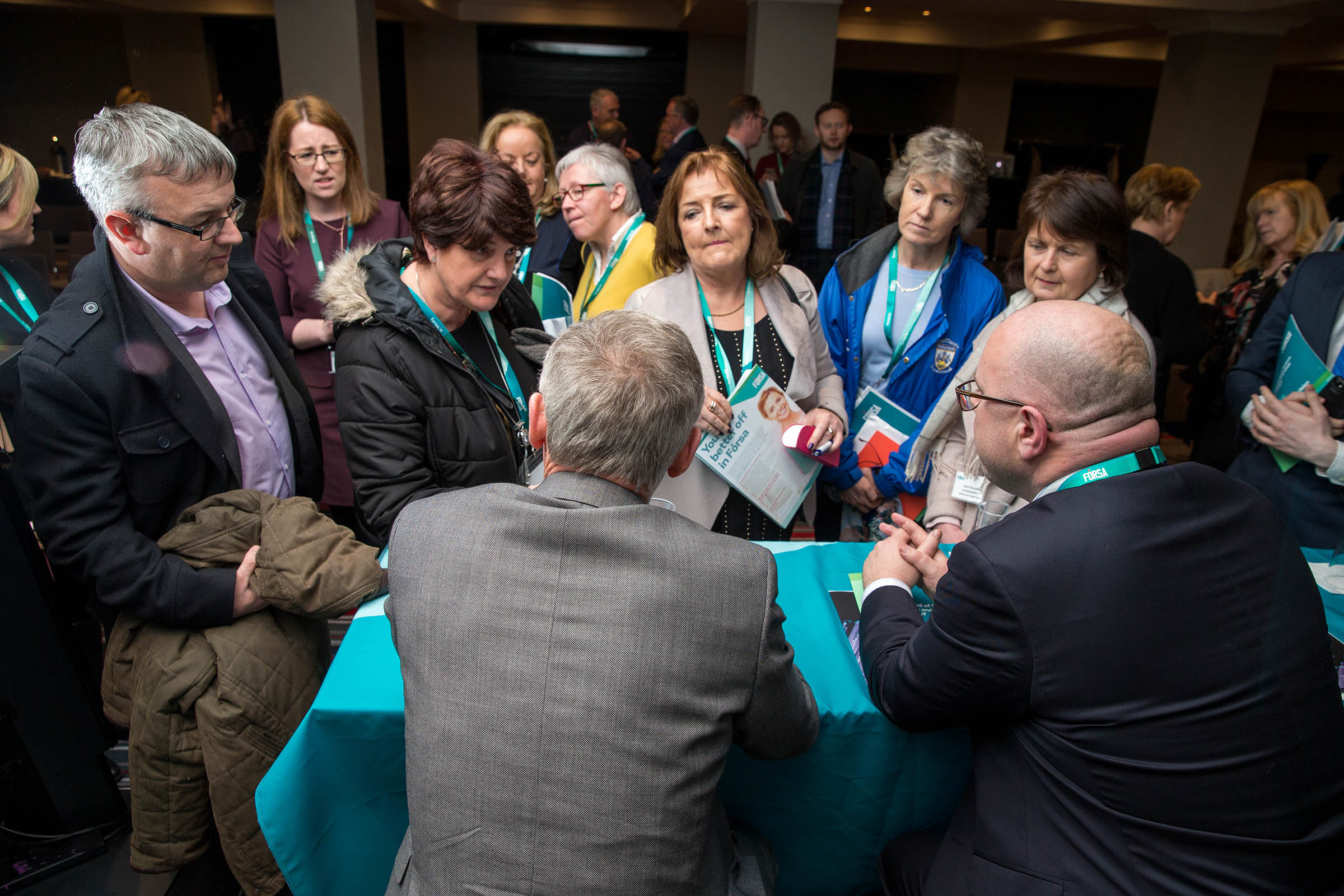 Fórsa today (Thursday) warned that the Department of Education and Skills must publish its 2018-2019 special needs assistant (SNA) school allocations by May at the latest. The union also called for an early resolution of the ‘new entrants’ pay disparity for public servants including SNAs, over a third of whom were hired after 2010.

For the past four years, SNA allocations have been published in July, which meant that hundreds of SNAs finished the school year without knowing if they would have a job the following September. Following a 97% vote in favour of industrial action last year, education minister Richard Bruton pledged that the figures would be made known much earlier in 2018 and future years.

The union also called for an early resolution of the ‘new entrants’ pay disparity for public servants including SNAs, over a third of whom were hired after 2010.

Speaking in response to minister Bruton, who addressed the union’s Education Division conference in Dublin today (Thursday), Fórsa deputy general secretary Kevin Callinan said it was essential that SNAs got the information in time to apply for redeployment to another post if their school’s allocation was reduced.

Although the total number of SNA posts has risen significantly in recent years – from under 10,400 in 2008 to over 14,000 in 2017 – the number allocated to individual schools rises and falls in line with local needs assessments.

Mr Callinan welcomed the minister’s role in securing the overall 2018-2019 allocation in last year’s budget estimates as an essential first step to resolving a problem that had plagued SNAs, schools and parents for half a decade. “But the proof of the pudding is in the eating. I expect to see the allocations published as early as possible, and by May at the latest. We will not tolerate a situation where dedicated and low-paid SNAs finish the school year without knowing if their job and income is safe – and without the time to do anything about it if their post is gone.”

Mr Callinan also called for a speedy resolution to the pay inequity experienced by SNAs and others who joined the public service after 2010 – the so-called ‘new entrants.’ He said SNAs were, proportionately, the largest group of ‘new entrants’ in the education sector, as more than a third of them were first hired since the start of 2011.

“There are many ways to define pay equity, and Fórsa is determined that lower-paid staff are not left behind in this debate. SNAs begin work earning less than two-thirds the pay of a classroom colleague hired on the same day. Their pay is linked to the public service clerical officer, and Fórsa represents over 30,000 public servants on similar pay rates or less.

For the past four years, SNA allocations have been published in July, which meant that hundreds of SNAs finished the school year without knowing if they would have a job the following September.

“SNAs receive no allowances, and can only look forward to earning roughly the same as an entry-grade colleague after they’ve gained 13 years’ classroom experience. Pay equity is a priority for all trade unions, and we believe pay policy must also encompass the issue of low-paid groups like SNAs and civil and public service clerical officers,” he said.

Two-tier pay scales – 10% lower for new staff – were imposed in the public service from January 2011. Unions negotiated them away during the Haddington Road talks in 2013, but two extra scale points remained for so-called ‘new entrants.’ This meant they had to work two years longer than their colleagues before they reached the top of their pay scales.

Last month the ICTU Public Services Committee, which represents almost all unions in the sector, secured agreement for new talks under a clause in the 2017 Public Service Stability Agreement (PSSA), which allows for an “examination” of the new entrants’ pay issue. In negotiations expected to start later this month, Fórsa will press for a rapid resolution of the remaining problem, which is that it currently takes new entrants two years longer than their colleagues to reach the top of their pay scales.

VIDEO: What kind of future for SNAs and their students? - Fórsa conference event.

The latest homelessness figures, for the month of February, show almost 10,000 individuals are homeless with 3,755 children among the
Read More