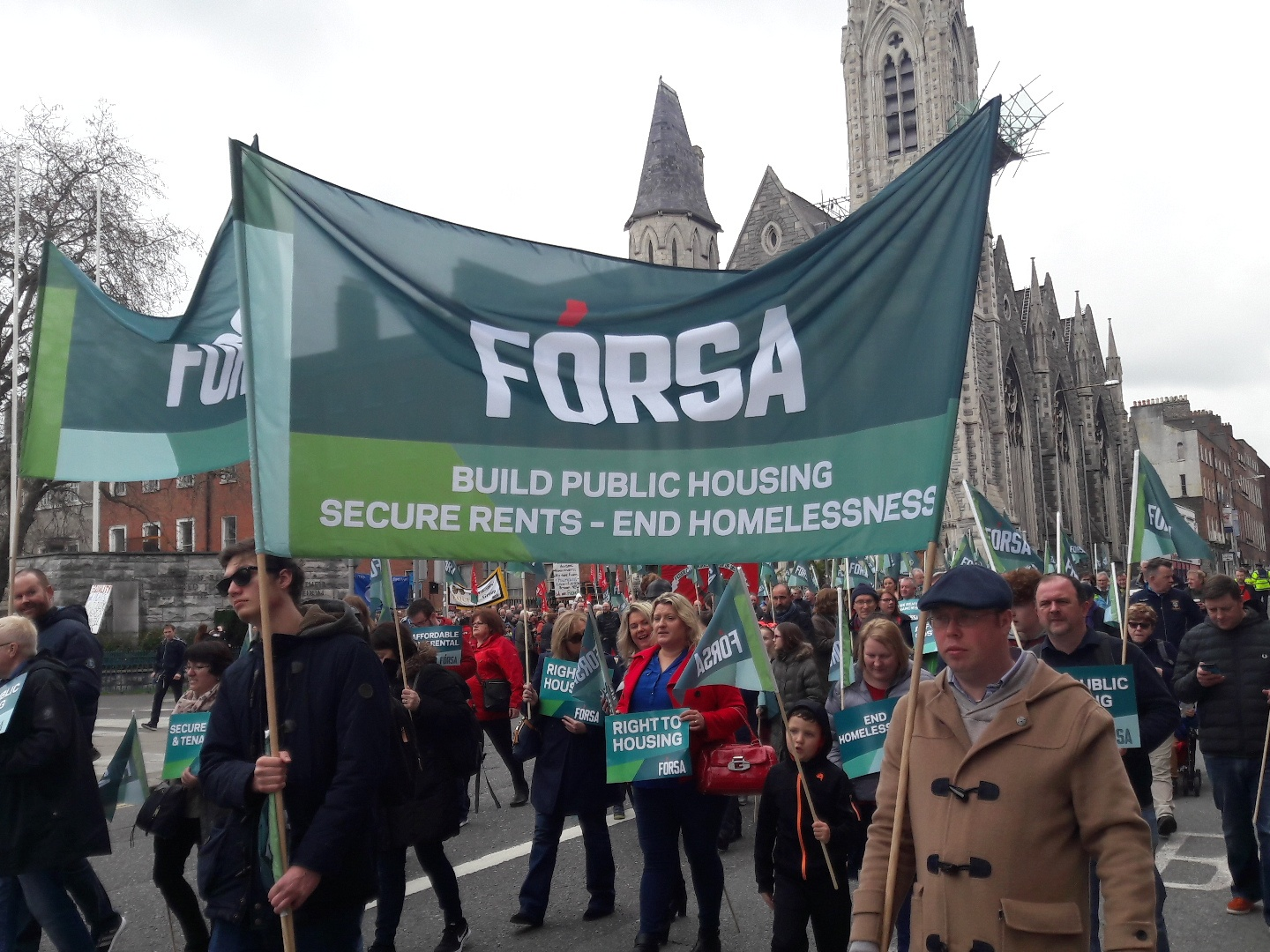 The latest homelessness figures, for the month of February, show almost 10,000 individuals are homeless with 3,755 children among the total. At Saturday’s rally Kevin Callinan described the figures as a “shame and a blight on our society.” Fórsa had a strong presence on the day.

Breaking news this morning is that a Syrian regime airbase near Homs has been bombed. It’s thought the US carried out the air strike although the Pentagon is denying it. It comes two days after an horrific chemical weapons attack outside Damascus.

The Sindo’s editorial yesterday urged caution on the economy as tax receipts are below target, but the main focus was on housing, calling for an acceleration of supply in both the private and public sectors.

Elsewhere, the Irish Times reports that there’s been a surge in the number of childcare providers seeking to build or expand their premises, following the extension of the free pre-school year from one to two years and new subsidised childcare for the under-threes. Carl O’Brien writes about the new DIT campus at Grangegorman, and about local reaction to its transformative presence in the north inner city, while the ‘Up The Dubs’ banners at the Ha’penny bridge may be shown the red card.

The leaders of Fianna Fáil and Fine Gael have said they want to see their confidence and supply arrangement through to its conclusion. The deal effectively comes to an end following the third budget in October. Meanhwile, the FF leader has said he’s willing to make fresh policy moves to protect media independence following the continuing controversies at Independent News & Media.

This is an edited version of Fórsa’s news digest, which is distributed daily to staff and officers of the union, capturing the day’s main news stories.

SNA allocations must be published by May - Fórsa