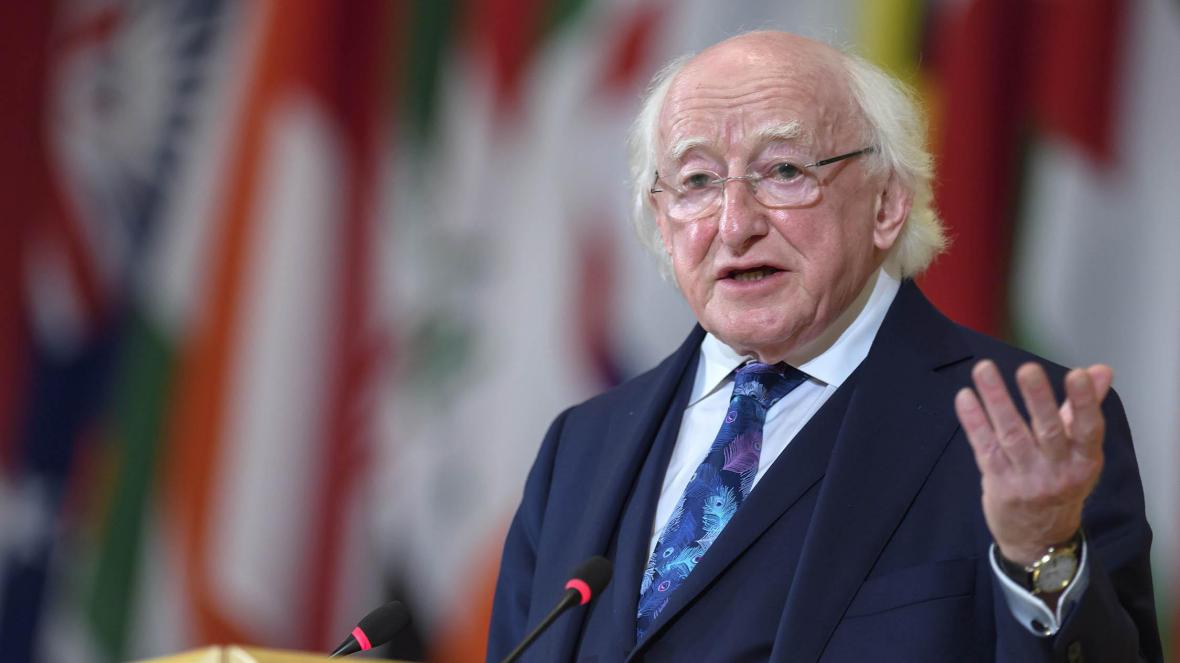 President Michael D Higgins has applauded the contribution of Fórsa members, activists and staff throughout the Covid-19 pandemic, and says we face a once-in-a-generation opportunity to build a fairer and more sustainable society and economy.

Speaking in a video message to the union’s national conference today (19th November) President Higgins said: “I wish to acknowledge all Fórsa staff and its more than 80,000 members for their contributions during the Covid-19 pandemic, both as public servants and as active and caring union representatives.”

Michael D, who also spoke at the opening of the union’s first national conference in 2018, said the formation of Fórsa was a great achievement. “The establishment of Fórsa represented the conclusion of much dedicated labour, negotiation, and necessary compromise to create from three unions what is a stronger and larger union.

“That this was done in a spirit of solidarity and comradeship towards a common purpose laid a great foundation for the future, a result we are experiencing, and not only within the union but in Irish society,” he said.

He place the union in the “long and proud tradition” of Irish labour “a movement that has endured relentless struggles to secure human rights in often epic, hard-fought battles, a movement inextricably interlinked in our nation’s struggle for independence or giving a lead in opposition to the waste of human life that is war.”

“Too rarely it is asked to what level would society have sank without such a movement, one that secures and protects the irreducible right to dignity in the workplace and in society. Now Unions and Union members must have a new role as the best source of new forms of socially just, sustainable, ecologically responsible forms of economy and society,” he said.

The President noted that the conference took place amid the challenge of dealing with the coronavirus pandemic. “Out of such a crisis, we are presented with perhaps a once-in-a-generation opportunity to do things better, to embrace and bring to fruition a new paradigm of existence with each other, in relation to work and living, and with the world itself; a renewed and healthier connection of society, economy and ecology.

“The pandemic provides an opportunity to rethink the connections between climate neutrality, a sustainable economy, social welfare and labour itself. Trade unions giving leadership in breaking new ground is not new,” he said.

And he said Fórsa had a crucial role to play in “helping to bring about a vision of a fairer society and economy, one that promotes decency in the labour market, inclusivity and sustainability in their many forms, and that works for an end to any crippling authoritarian hierarchy or invocations of class or privilege that impedes or obstructs good, decent, effective work.”

Be part of Fórsa’s national conference