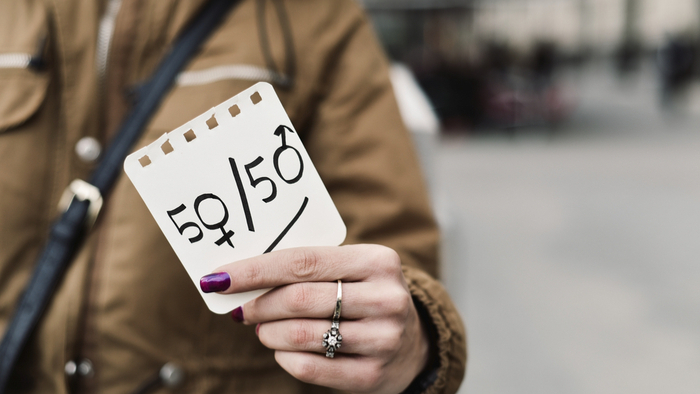 Fórsa has welcomed the Government’s announcement that it will this year introduce an obligation on medium and large employers to report on their gender pay gaps. But the union said it wants a quick expansion of the number of companies covered by the new law.

The Government has so far limited gender pay gap reporting to organisations with more than 250 employees, which only covers a third of the workforce. Fórsa says it’s imperative that the threshold rapidly falls to 50 employees once the details of the reporting process are worked out.

The Government announcement on Tuesday, which coincided with International Women’s Day, states that the employers covered must report the pay gap amongst staff on a ‘snapshot’ date in June 2022 and on the same day in December 2022.

They will also have to publish a statement setting out the reasons for the gender pay gap in their company, and the measures they are taking to address it.

The Gender Pay Gap Information Act 2021 introduced the legislative basis for gender pay gap reporting, and regulations under the Act are expected to be published in the coming weeks.

Fórsa has been calling for effective legislation on gender pay gap reporting since 2018.

Fórsa has been calling for effective legislation on gender pay gap reporting since 2018. The union says it’s a mechanism to encourage employers into tangible action to bridge the gap. Ireland currently has an average gender pay gap of around 14.4%.

National secretary Ashley Connolly, who leads Fórsa’s Equality Committee, said she was pleased to see that regulations would give employers a duty to publish the measures they are taking to close the pay gap. “This would give Fórsa and other unions an opportunity to negotiate actions to address pay inequality,” she said.

The reporting requires employers to publish data by pay band and job classification, as well as giving data on bonus pay, the pay gaps for part-time employees and temps, and the proportions of male and female employees in various pay bands.

Irish Congress of trade Unions (ICTU) equality officer David Joyce said that, once the reports are published, employers must discuss the gap with workers and their representatives and agree on a joint approach to tackling any gaps identified in an effective manner.

The State must rapidly strengthen its support for social dialogue between Government, unions, employers, communities and civil society organisations, or
Read More