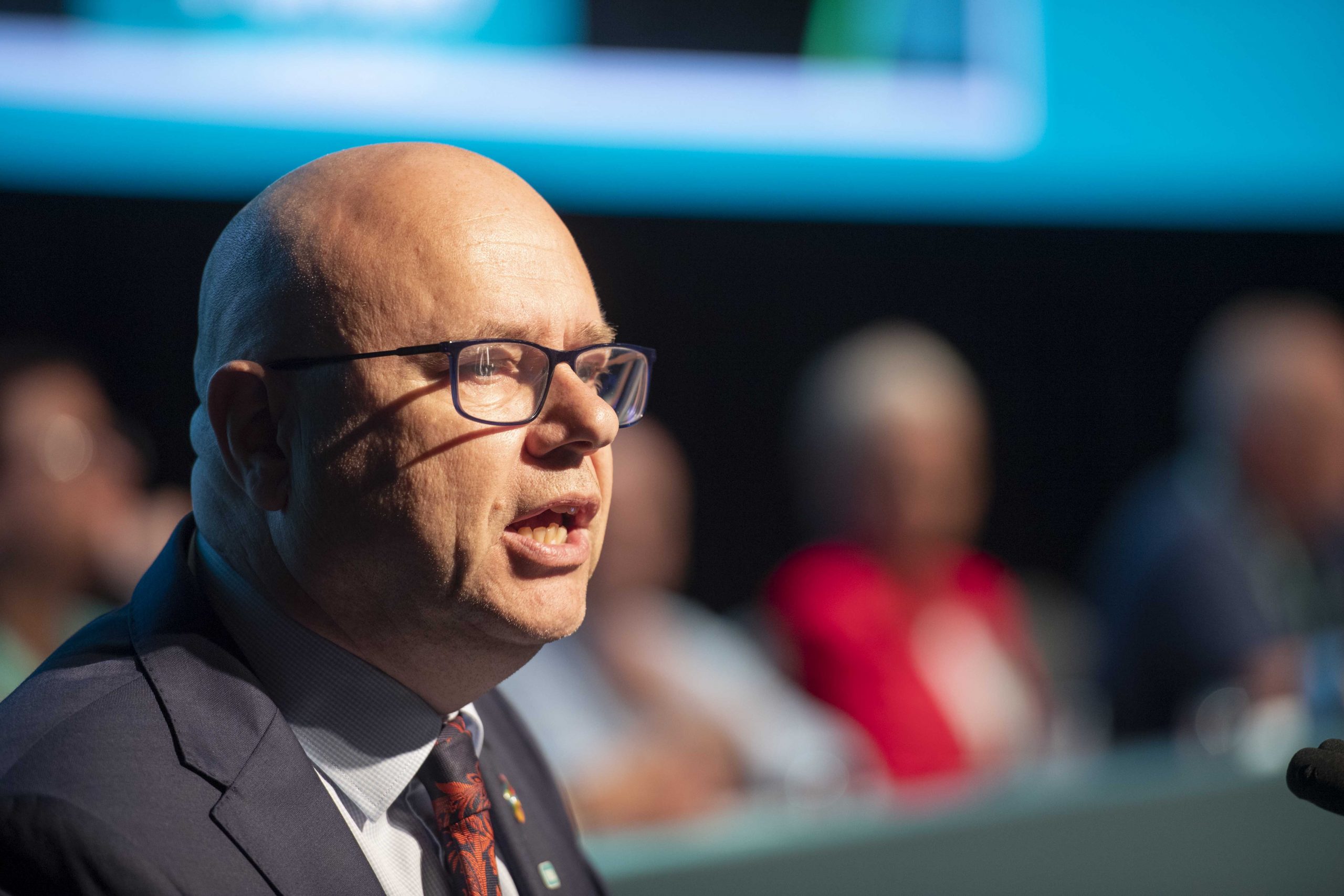 The president of the Irish Congress of Trade Unions (ICTU) and Fórsa general secretary, Kevin Callinan, has backed calls for a new social compact – bringing together government, employers and unions – to better prepare for the “considerable” challenges facing the country as a result of inflation, international conflict and a changing climate.

Kevin said that while existing social dialogue had made a positive contribution to the Covid pandemic response, it is not yet at the level required to meet the challenges the country is facing.

Let’s not squander an opportunity to prepare for a better, more secure future by working together.

He said the government intervention in Budget 2023 was significant in the scale of the spend but was a missed opportunity for transformative change: “The type of change that would provide the necessary resilience to withstand the inevitable shocks that a small open economy will face, not just as a result of the cost-of-living crisis.

He said in the absence of this kind of “effective tripartism,” the only avenue open to trade unions – in both the public and private sectors – would be the pursuit of pay settlements to fully compensate for the rate of inflation, with additional increases to reflect productivity growth.

He added: “Let’s not squander an opportunity to prepare for a better, more secure future by working together. A core objective of the trade union movement is to ensure fairer wealth distribution while maintaining and improving living standards.

In the absence of this kind of effective tripartism the only avenue open to trade unions would be the pursuit of pay settlements to fully compensate for the rate of inflation.

“That doesn’t need to involve conflict and disputes, but, in the absence of effective tripartism, collective bargaining will be our only avenue. If an effective social compact is happen, the ball is now firmly in the Government’s court. The trade union movement needs to be convinced quickly that a decisive and different approach is coming in 2023.

“We are clear-eyed about the reality that there are hard decisions ahead, driven by inflation, international conflict and a changing climate. Our own Government’s recent income tax adjustments nevertheless remain at odds with the direction of travel that all of the wise and informed signals are beckoning us towards.

“Looking ahead to next year, the trade union movement will not accept a continued failure to deploy such measures in a more targeted way. Neither can we tolerate a failure to deploy resources to strengthen public services,” he said.

Fórsa calls on all employers to support victims of domestic abuse

One in two people know someone experiencing domestic abuse. This is one of the key findings from a new survey
Read More
Next Article