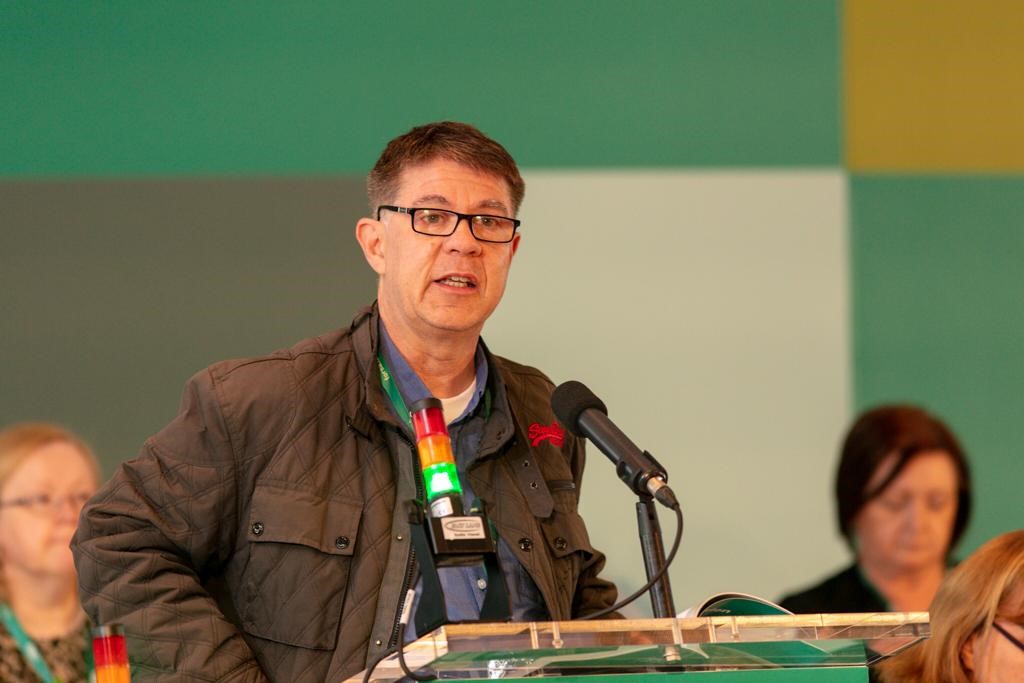 Fórsa has new team of officers, elected by the union’s branches, who were formally adopted at the union’s virtual national conference last Thursday (19th November).

In light of the ongoing Covid-19 restrictions on assembly and travel, the union’s president, vice presidents and treasurer were selected following postal ballots for the first time. They will hold the positions for the next two years.

Michael Smyth of the union’s School Completion Programme branch was elected president, while Kevin O’Malley of the Kerry Health and Local Government branch was re-elected as honorary treasurer.

Martin Walsh of the Louth Health and Local Government branch became the union’s new senior vice-president, and the remaining vice-president positions were filled by Ann McGee of the Department of Social Protection Clerical branch, and Eugene Gargan of the Communications Companies branch.

Under Fórsa rules, each of the union’s divisions must all be represented on the five-person officer group, with the Local Government division and Municipal Employees’ divisions counting as one constituency for this purpose.

Realistic approach to public service pay does not rule out improvements

A realistic and acceptable approach to a new public service agreement does not mean ruling out pay improvements, according to
Read More
Next Article