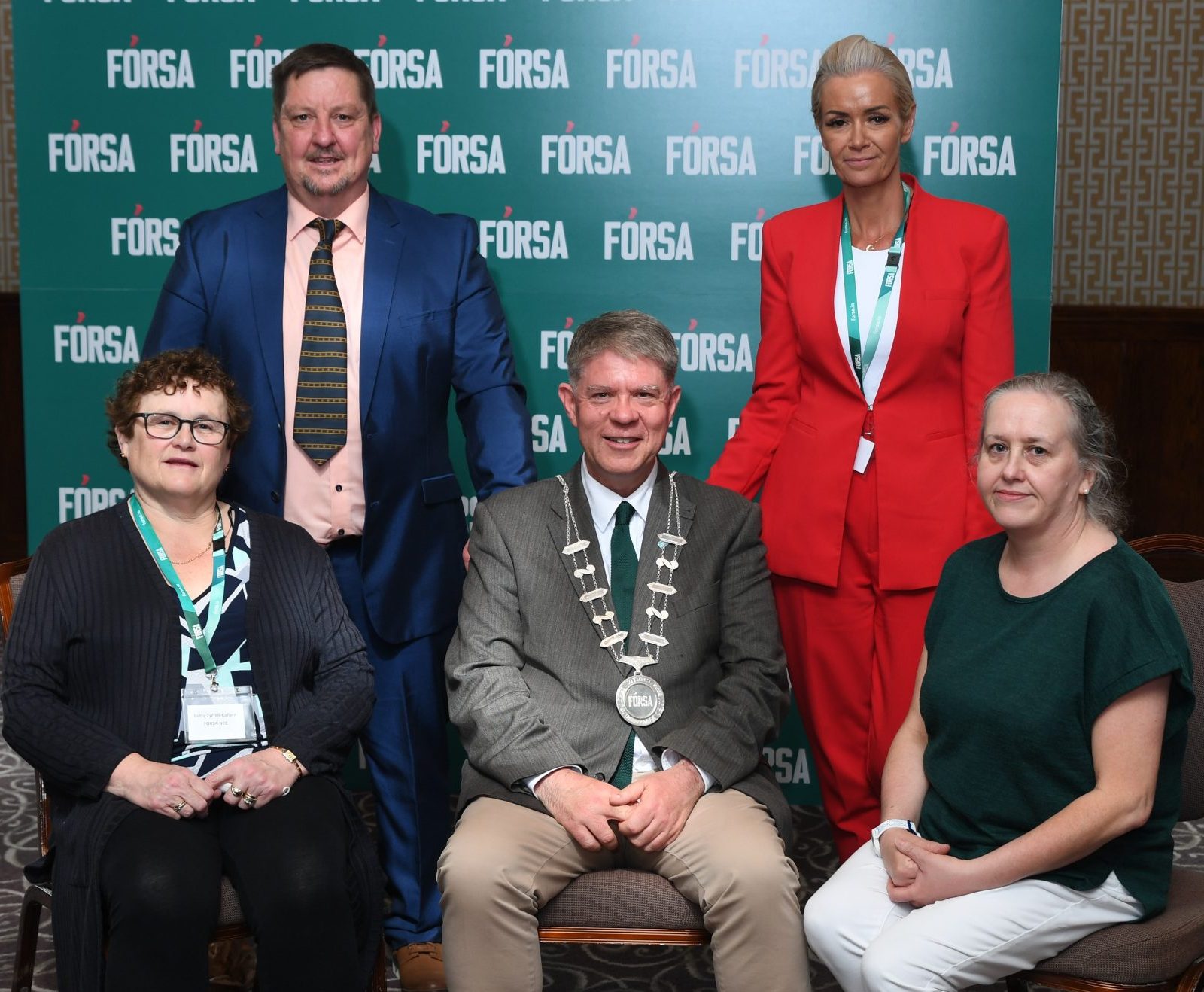 Fórsa has a new team of officers, who were elected by the union’s branches at last week’s national conference. They will hold the positions for the next two years.

Martin Walsh of the Louth Health and Local Government branch was re-elected as senior vice-president, and the remaining vice-president positions were filled by Betty Tyrrell-Collard of the Dublin Central CS Clerical branch and Helen Sheridan of the Irish Aviation Authority branch.

Under Fórsa rules, each of the union’s divisions must all be represented on the five-person officer group, with the Local Government division and Municipal Employees’ division counting as one constituency for this purpose.

It’s never been more important – or easier – to get the protections and benefits of union membership. Join Fórsa HERE or contact us HERE

Fórsa has called for a fundamental review and reform of working time and working patterns across the economy. Delegates at
Read More