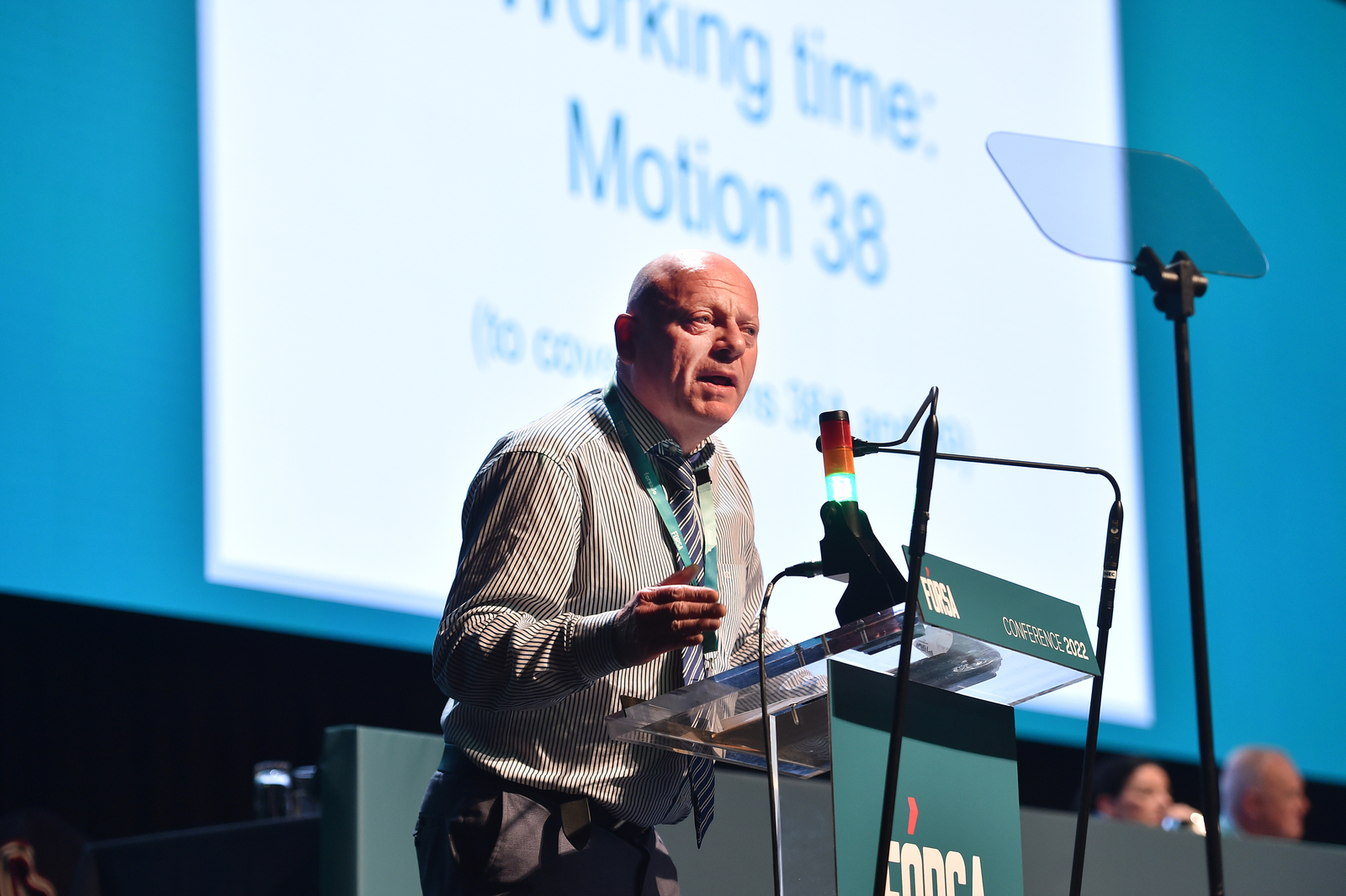 The union also wants work-time flexibility for workers approaching retirement, in light of increased life expectancy and other demographic trends.

“Reduced working time can be an important mechanism for maintaining employment as new technologies replace or change traditional jobs. It would share the benefits of improved productivity that flow from automation and other technological developments, while also helping to address challenges like the climate crisis, increasing caring demands, and demographic shifts including longer life expectancy,” he said.

Reduced working time can be an important mechanism for maintaining employment as new technologies replace or change traditional jobs.

Éamonn said the pandemic had demonstrated the benefits of a better work-life balance which many workers experienced for the first time in their lives due to the enforced remote working experience.

“People were spending more time with their families. They were able to move away from high-rent pressure zones. Commuting times reduced significantly, contributing to a better environment. We cannot lose these positive changes moving forward and must prioritise them in any review of working practices moving forward,” he said.

Reduced working time would share the benefits of improved productivity that flow from automation and other technological developments.

Fórsa has been campaigning for four-day working week pilot programmes in all sectors. The union has led the Irish strand of an international campaign that argues that reduced working time can maintain or even increase productivity while improving work-life balance, rural-urban balance and improved environmental outcomes.

The union’s national executive also committed to continuing to campaign for more of public holidays. Ireland has fewer than most relatively-rich European countries.

It’s never been more important – or easier – to get the protections and benefits of union membership. Join Fórsa HERE or contact us HERE

Fórsa has a new team of officers, who were elected by the union’s branches at last week’s national conference. They
Read More
Next Article

There will be 1,100 new special needs assistant (SNA) posts in the 2022-2023 school year, with SNA allocations in mainstream
Read More