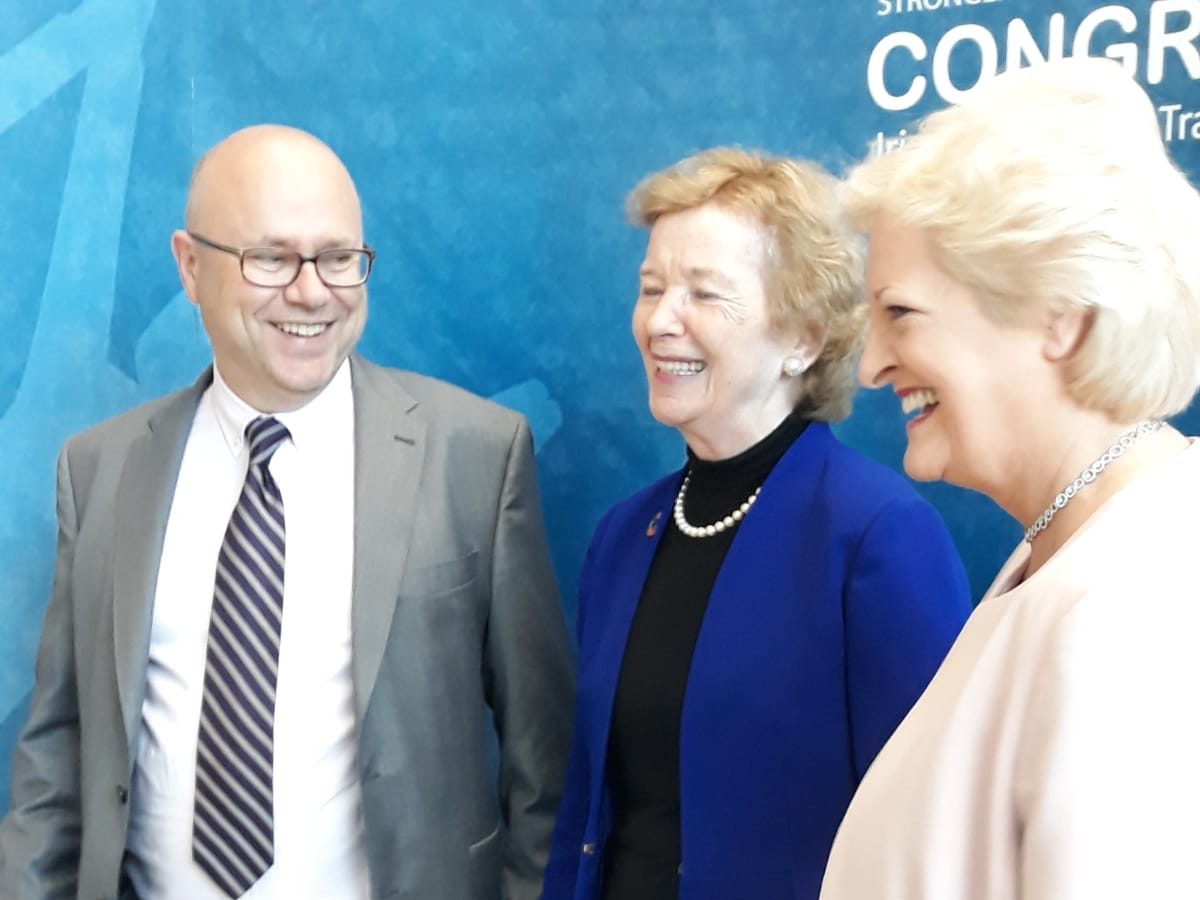 The climate justice advocate said action on an unprecedented scale was required within the next decade to avoid catastrophic climate change. But she offered citizens three ways to help.

“Make the issue personal in your life and take ownership of it; get angry with those in power and take action; and imagine the better future that we must hurry towards,” which can be cleaner, healthier, wealthier and more equal.

Ms Robinson commended ICTU for its work on a ‘just transition,’ that protects the workers and communities most exposed to climate change and measures to avoid it. And she said Ireland was “at last becoming serious about climate change.”

Calling for “solidarity between peoples and generations” she warned that the rapid and substantial actions required to avert climate disaster could “present risks to human rights, if not carefully managed.”

She said a “zero carbon future is compatible with zero poverty future” if rights are placed at the centre of climate action.

Former President Mary Robinson said a zero carbon future is compatible with zero poverty future if rights are placed at the centre of climate action.

Workers would need support to reskill and access training to find new jobs, or to get early access to their pensions. She called on governments to put the necessary social welfare supports in place, and said all corporations should support this by paying their taxes in full.

Speaking in support of an ICTU Executive-sponsored motion on climate action and a just transition, Fórsa president Ann McGee called on unions to build on the work Congress had already done.

“Effective climate action will demand more than general support for the environment. It requires radical changes to the way we live and organise our economy and society. I believe that, as trade unions, we can up our game.

“I commend Congress for its emphasis on creating alternative employment for workers and communities most affected by a move towards a low-carbon economy. This is essential work that nobody else is doing with anything like the same rigour.

“But is it an adequate response? We need to build on this approach, to embrace and lead the imaginative policies and difficult actions needed to confront the single most catastrophic threat facing humanity,” she said.

Related: Just Transition must be at the heart of the Government’s Climate Action Plan – ICTU Energy Sector Committee

Issue No.7 (Summer-Autumn 2019) The latest edition of Fórsa magazine is rolling off the presses and will start making its
Read More