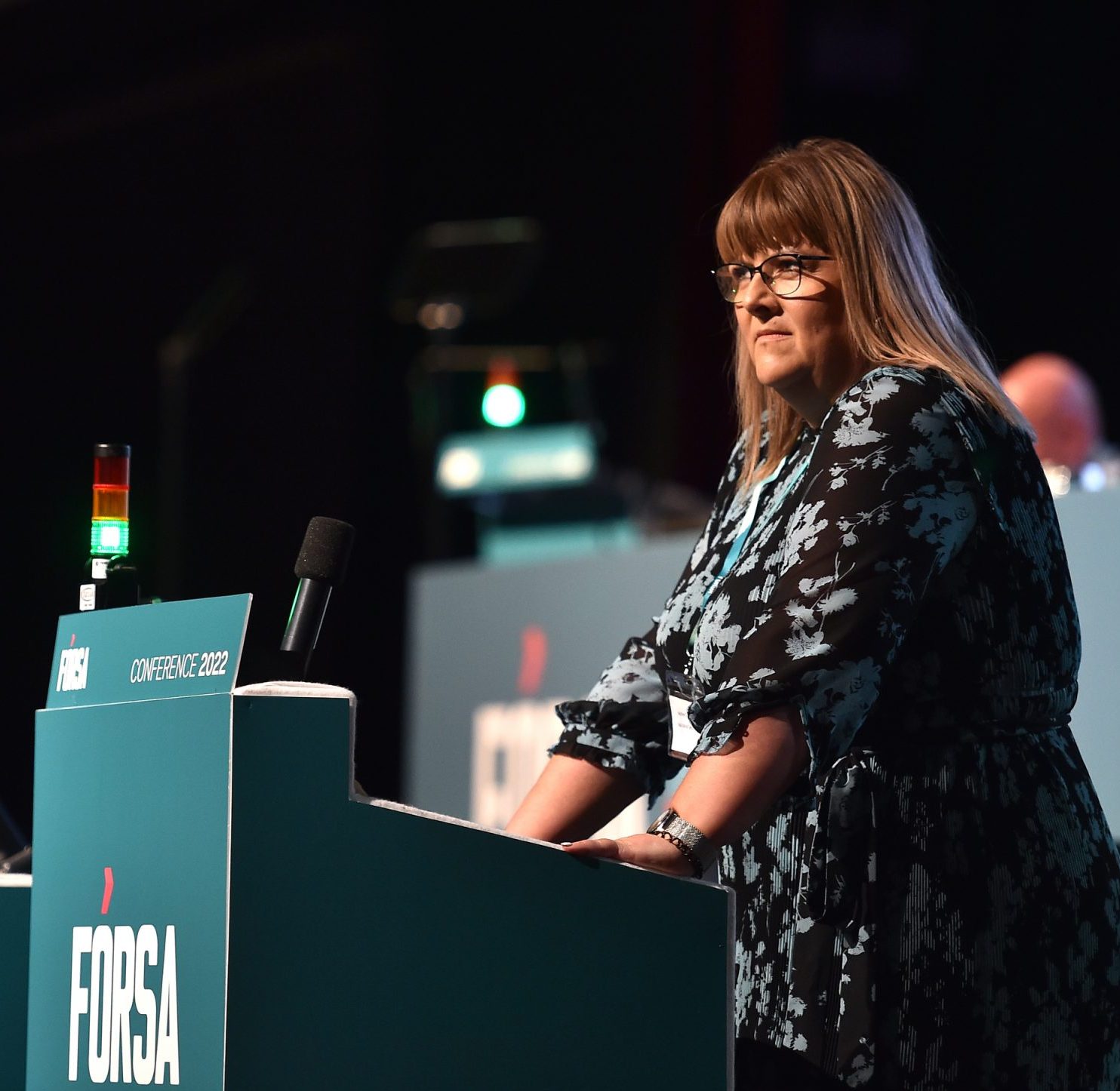 Fórsa has broadly welcomed a new national strategy on domestic, gender and sexual based violence as a step in the right direction. The union has also called on the Government to introduce statutory paid leave for victims of domestic violence.

The new €363 million strategy claims a zero-tolerance approach to domestic, gender and sexual based violence, and includes tougher penalties for abusers and a much-needed doubling of refuge places.

Each of the nine counties that currently have no domestic violence refuge are to get one under the new plan.

Fórsa national secretary Ashley Connolly has commended the ambition and scope of the plan, but said that Government, societal and workplace efforts are essential to supporting victims.

“We welcome this plan, but we need to see it implemented. There is an urgent need for legislation to establish a statutory paid leave as part of a package of workplace measures to assist victims of domestic violence,” she said.

Last May, delegates at Fórsa’s national conference in Killarney unanimously backed a motion from the union’s national executive calling for statutory paid leave for victims of domestic violence.

Ashley commended employers already working with the union on the issue and once again called on Government and employers to work with trade unions “to develop clear policies and procedures to support victims of domestic abuse and gender-based violence.”