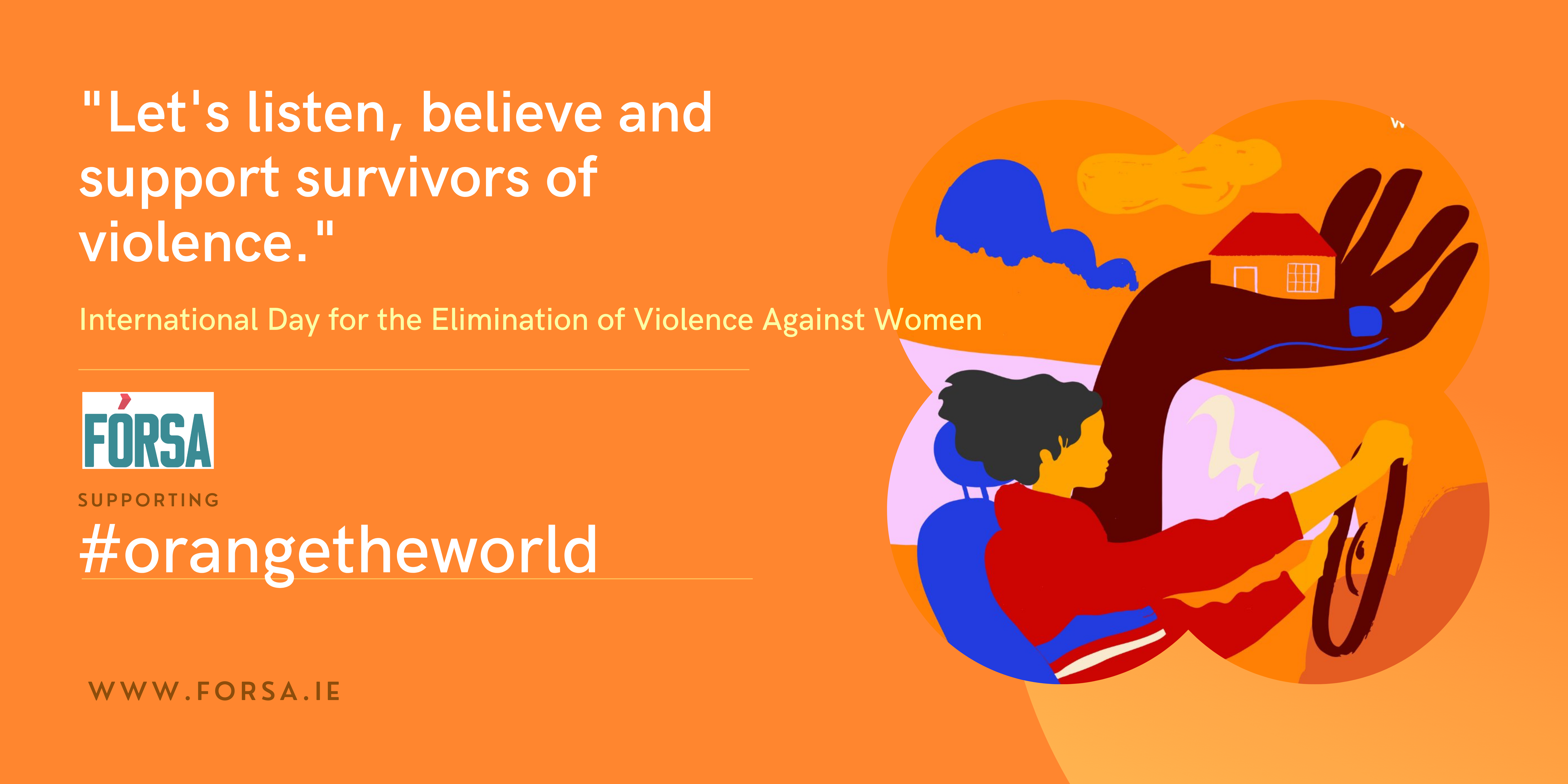 Fórsa joins the trade union movement across the world today to support the Orange The World campaign, as part of the International Day for the Elimination of Violence against Women.

Fórsa national secretary Ashley Connolly said the union’s national executive (NEC) gave its backing to the campaign when it met this week. “Fórsa strongly believes that no woman should be subject to the fear of violence at any time.

“Domestic violence is also a workplace issue, while the humanitarian crisis caused by the pandemic has exposed an unprecedented increase in gender-based violence.

“Unions have an important role to play in providing leadership on this issue, by calling for an end to gender-based violence against women, and providing support to women in the workplace and elsewhere who are subject to violence,” she said.

Listen to survivors’ voices.
Believe their testimonies.
Amplify their stories.

Ending violence against women starts with all of us. #OrangeTheWorld #16Days pic.twitter.com/c8KHIsYqjL

Orange The World marks the commencement of this year’s 16 Days of Activism against gender-based violence against women and girls, which concludes on 10th December, Human Rights Day. The 16 Days campaign was originated by activists at the first Women’s Global Leadership Institute in 1991, and marks its 30th anniversary this year.

The colour orange symbolises a brighter future, free of violence. It also serves as a means of demonstrating solidarity in eliminating all forms of violence.

The global campaign continues to be coordinated each year by the Center for Women’s Global Leadership (CWGL) and is used as an organising strategy by individuals, institutions and organizations around the world to call for the prevention and elimination of violence against women and girls.

Public Services International (PSI) is marking the day by urging unions to call on governments for the ratification of C190, the International Labour Organisation’s (ILO) convention on Violence and Harassment (2019), which recognises the right of everyone to a world of work free from violence and harassment and provides a common framework for action.

Listen to survivors’ voices.
Believe their testimonies.
Amplify their stories.

Ending violence against women starts with all of us. #OrangeTheWorld #16Days pic.twitter.com/c8KHIsYqjL

Fórsa has learned, via media reports, of NPHET’s consideration of mandatory vaccination of healthcare staff. No proposals for a mandatory
Read More