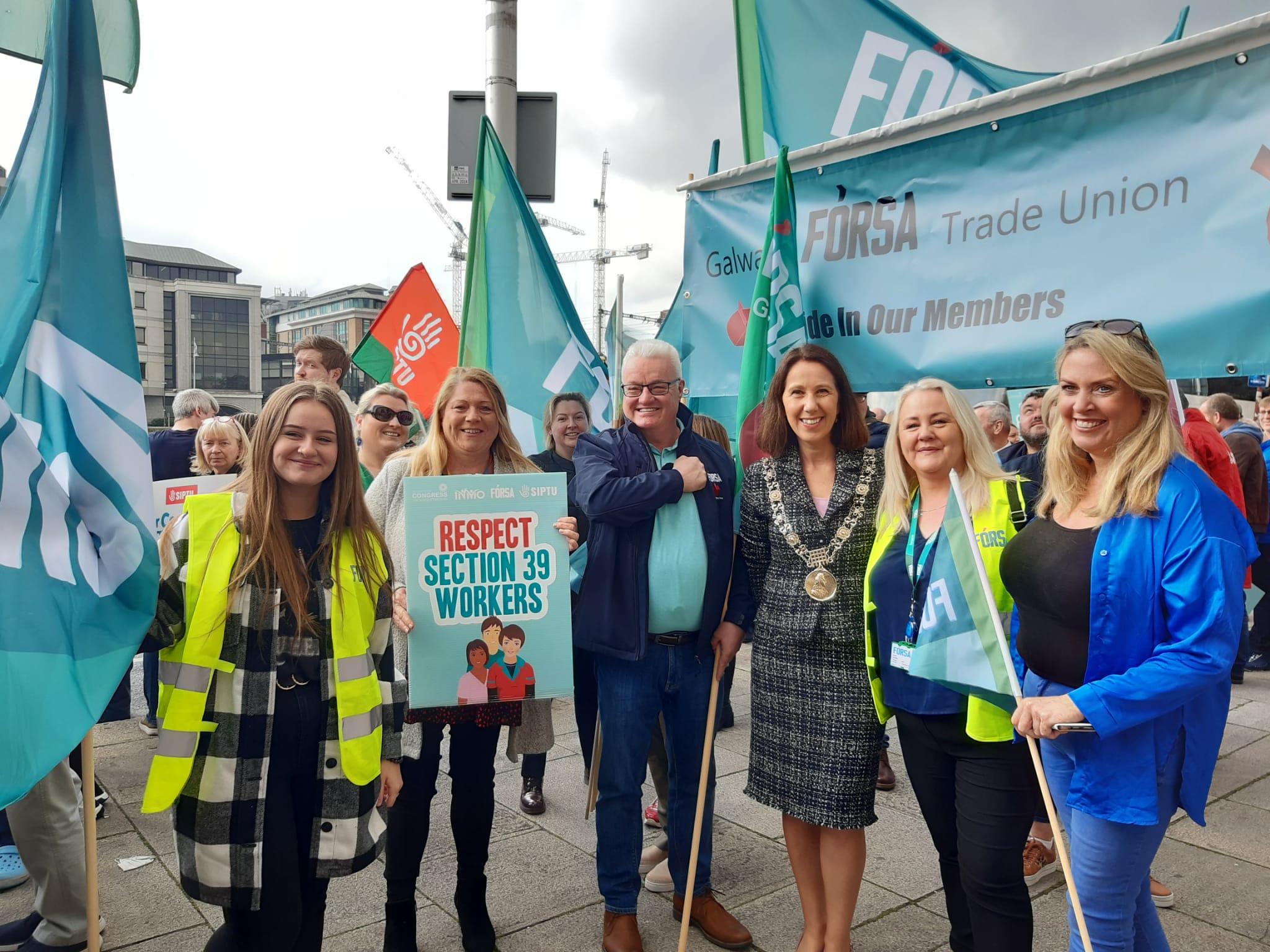 Fórsa members in the community and voluntary sector were told that it was time Government ministers showed them the respect they deserved after 14 years without any improvements in pay.

Addressing tTuesday’s multi-union rally of community and voluntary sector members, Fórsa official Catherine Keogh said fine words and promises from Government ministers was not enough: “Ministers will meet with union officials and give us fine words about how our members are doing great work providing disability services, and say ‘we’ll make sure to do something,’ but they do nothing. It is sickening, it is wrong, and it has to end,” she said.

Catherine described 14 years without pay improvement in the community and voluntary sector as shocking and abhorrent: “I’m using strong language because I feel strongly. You’re working the hardest jobs in this country, with no respect. Somebody needs to give you respect, and we’re going to get it for you.

Catherine described 14 years without pay improvement in the community and voluntary sector as shocking and abhorrent.

“You shouldn’t have to take to the streets and take strike action, and I hope I never have to see you out on the streets again, unless it’s to celebrate you getting a pay rise. We will fight and we will win for you,” she said.

Hundreds joined the national day of protest in response to what unions describe as the “neglect and underfunding” of community sector services. Siptu official Adrian Kane told the rally that, in the absence of a political response, Congress would consider a series of work stoppages across the community and voluntary sector.

The ‘Valuing Care Valuing Community’ protest marked the commencement of a national campaign, which will include industrial action aimed at ending the State’s neglect of the community and voluntary sector and highlight the need for better pay and respect of their roles.

Fórsa published a report last September which identified very high annual staff exit rates by health and social care professionals from agencies funded by the HSE. The rate of departure is up to 33% annually, and this has led, inevitably, to a decline in delivery.

“In many cases community sector and Section 39 organisation workers are poorly paid, have poor or no pension provision and lack security of employment. This is despite providing important health and social services to the most disadvantaged and vulnerable members of our society. The only realistic solution is to rebuild and refinance the voluntary and community sector with a more sustainable and appropriate funding model,” she said.

Time to remember those killed at work