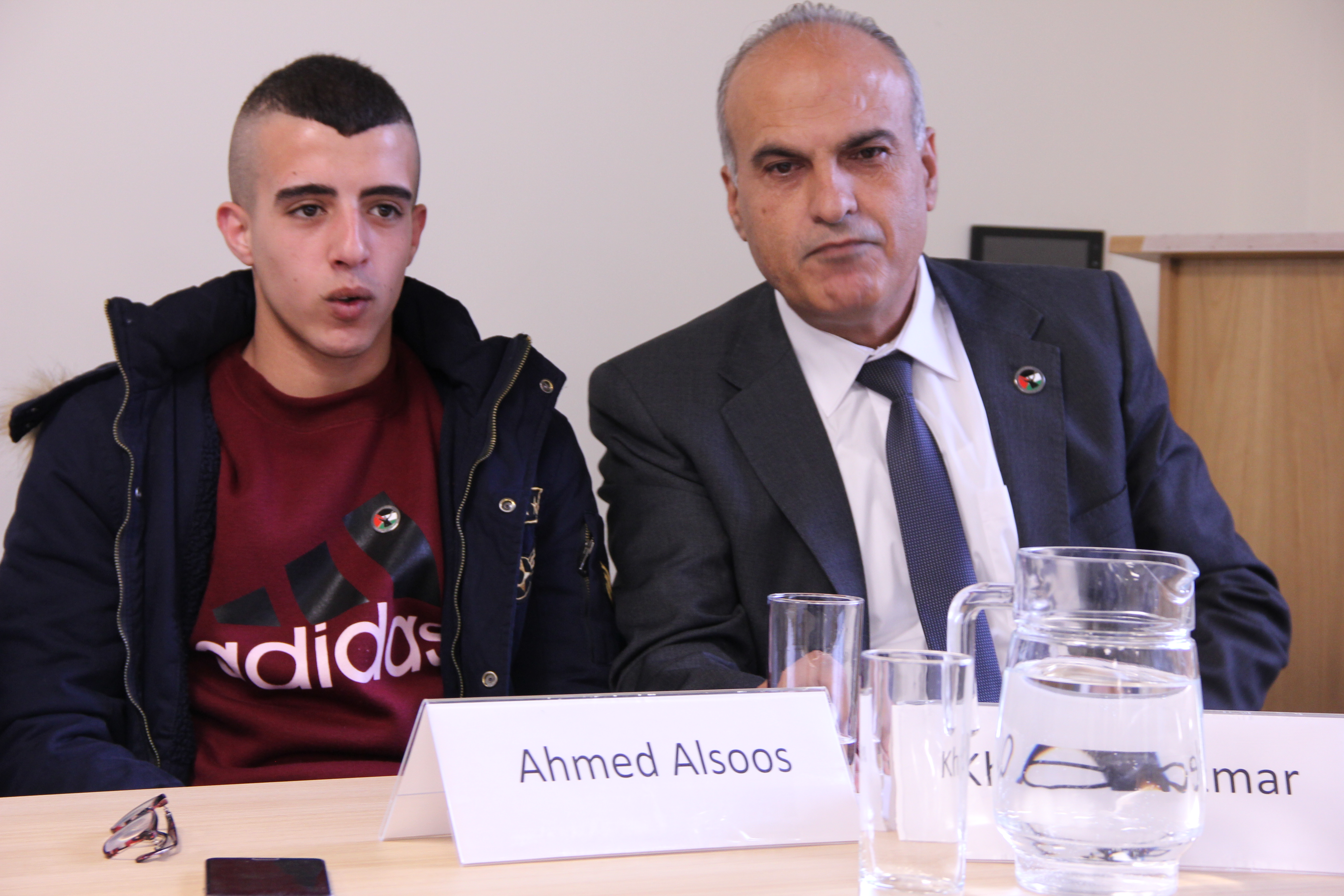 Leading Irish trade unionists today (Friday) called on the Irish Government to halt trade links with Israel in protest at the systematic maltreatment of Palestinian children by the Israeli military. Speaking in advance of a major conference in Dublin this weekend, Denis Keane of Trade Union Friends of Palestine (TUFP) said an ongoing Israeli strategy of mass arrests and maltreatment of Palestinian children was being implemented on an “industrial scale,” and appeared to be part of a deliberate policy to traumatise large numbers of children.

According to UNICEF, the United Nations agency for children, 59 Palestinian children were killed by Israeli forces in 2018. Another 3,472 were injured, while over 200 children – some as young as 12 – were detained and prosecuted in the Israeli military court system every month. An earlier UNICEF report said the “ill treatment of Palestinian children in the Israeli military detention system appears to be widespread, systematic and institutionalised.”

Mr Keane said: “Israel is the only country in the world that prosecutes children through military tribunals instead of civilian courts, and it is doing this on an industrial scale. Even strong allies of Israel have expressed alarm at its treatment of Palestinian children. We are calling on the Irish Government to take a stronger stand on Israel’s deliberate policy of killing, injuring, imprisoning and traumatising thousands of children. It should end all economic and trade links with Israel until the physical and psychological maiming of Palestinian children stops.”

TUFP, in association with ICTU-affiliated unions, is hosting a major conference on Palestinian children’s right to a safe and just future in Dublin today [Friday] and tomorrow [Saturday]. Marking the 30th anniversary of the UN Convention on the Rights of the Child, it comes in the same week that the US Government declared it no longer considered Israeli settlements to be illegal – a move described in yesterday’s (Thursday’s) Financial Times editorial as “a decisive step towards making Israel a de facto apartheid state.”

The conference will hear from former child detainee Ahmed Alsoos (pictured above (left) with Khaled Quzmar, general director, Defence of Children International-Palestine), who will speak about his personal experience, along with a panel of experts on the maltreatment of children in the Israeli occupied territories.

Mr Keane said: “The suffering and psychological trauma endured by Palestinian children is not a by-product of the occupation of the West Bank, East Jerusalem and Gaza. It is a deliberate policy of the Israeli occupying authorities. This demands a significant and appropriate response from Ireland and the rest of the international community.

The assault on the rights of Palestinian children has caused alarm within the trade union movement for some years.

Trade Union Friends of Palestine (TUFP is supported by almost all ICTU-affiliated trade unions on the island of Ireland. For many years the Irish trade union movement has had a strong position of solidarity with the Palestinian people. Twelve years ago, ICTU adopted a policy of boycott, divestment and sanctions (BDS) to end international support for Israel’s oppression of Palestinians and put pressure Israel to comply with international law.

The conference will bring together representatives from ICTU affiliates – including unions representing staff in education, childcare and child health – Irish Government representatives, representatives of political parties, and NGOs involved in addressing the needs of children.

The TUFP conference on ‘Palestinian children’s right to a safe and just future,’ takes place from 6pm to 9pm on Friday 22nd November, and from 9.30am to 5.30pm on Saturday 23rd November at the CWU offices in Dublin. Speakers include:

Fórsa has reached an agreement that will see 450 agency staff in Tusla moved onto fixed-term contracts. The deal covers
Read More