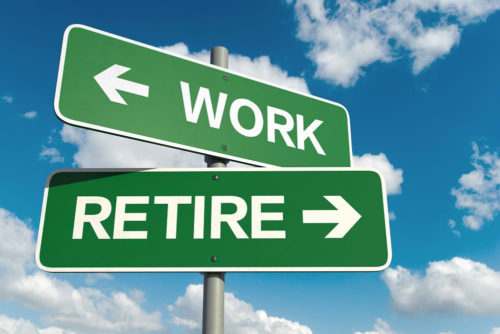 Contrary to some media reports at the end of last year, the law doesn’t introduce a compulsory retirement age of 70.

Legislation that will allow civil and public servants who are currently obliged to retire at age 65 to opt to stay in work for longer is being launched in the Seanad today. Fórsa has called on all the main political parties to enact the law quickly, to give public servants recruited before 1st April 2004 the option to retire up to age 70.

The new arrangement will benefit public servants who must currently retire at 65, but who depend on the state old age pension for part of their retirement income.

The union wants quick enactment to resolve the plight of civil and public servants who are forced to retire at 65, but can’t get the state pension until they are 66.

Significantly, the legislation would allow staff who stay in work beyond age 65 to continue to accrue pension benefits, subject to a ceiling of 40 years’ benefits.

The Public Service Stability Agreement, backed by members of the unions that created Fórsa earlier this year, enabled the union to address the problem in discussions with the Department of Public Expenditure and Reform (DPER).

The union has also spoken to Fianna Fáil, Sinn Féin and Labour about the need to pass the legislation as quickly as possible.

Pending the enactment of legislation, there are limited interim arrangements in place that allow public servants who want to stay in work until they are eligible for the state pension to be re-hired. However, they are placed on the first point of the non-pensionable pay scale, and can’t make further pension contributions.

Public servants recruited after 1st April 2004 are not covered by the new legislation because they already have either have no compulsory retirement age or the ability to retire up to age 70.

Contrary to some media reports at the end of last year, the law doesn’t introduce a compulsory retirement age of 70.

Pilots give notice of further strikes in Ryanair