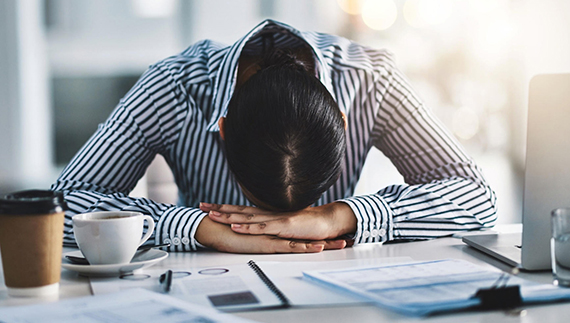 Additional unpaid working time introduced as an austerity measure eight years ago continues to be a debilitating drain on morale and productivity across the civil and public service. That’s according to the union submission to the independent body established to implement a Government commitment to resolve the issue of the extra hours.

The submission, from the ICTU Public Services Committee (PSC), says the additional hours fall hardest on women, and are counterproductive in terms of service delivery and productivity. They remain “a deep and primary industrial relations grievance” among public servants, it says.

“The continued requirement to work the hours is seen as a throwback to a past period of enforced austerity, where a worker’s contribution was measured in terms of pain imposed rather than the gain added to public services and those who rely on them,” it says.

The PSC, which represents over 90% of public servants, argues that the removal of the so-called ‘Haddington Road hours’ need not lead to additional costs, reduced productivity or poorer service quality.

The PSC, which represents over 90% of public servants, argues that the removal of the so-called ‘Haddington Road hours’ need not lead to additional costs, reduced productivity or poorer service quality, and says it can be largely achieved within the €150 million set aside for the purpose under the Building Momentum public service agreement.

It says there has never been a systematic management attempt to measure any supposed productivity benefit of the additional hours, and it argues that the size and shape of the public service, and the technological and work-practice environment in which it operates, have altered substantially since the unpaid working time was introduced under the 2013 Haddington Road agreement.

“While these factors further question any supposed productivity benefit that accrued from the additional HRA hours, developments in technology and working arrangements have taken the debate and practice regarding productivity and service delivery to a far more sophisticated place than simply measuring working time.

It has never been correct to assume that increased working time equals increased productivity.

“It has never been correct to assume that increased working time equals increased productivity. Indeed, civil service departments, including social protection, temporarily reduced the working day to seven hours from 7.24 during the Covid-19 pandemic, largely to facilitate social distancing. Productivity levels were at an all-time high during that period,” it says.

Though technically introduced by agreement, the PSC says the additional hours are perceived as having been imposed. “This is because they were explicitly presented as the sole alternative to a third pay cut for low-paid and middle-income public servants, who had already sustained catastrophic reductions in income.

“Crucially, the measure was seen as temporary in nature. This was underpinned by the narrative of the time, which expressed the need for additional pay bill savings as emergency measures necessary to meet binding new EU fiscal targets, which have subsequently been relaxed and largely discredited in social and economic discourse here and abroad,” it says. The PSC submission points out that virtually all other HRA measures – including a third temporary pay cut for staff earning over €65,000 a year – have since been rescinded.

On gender, the submission says the unpaid hours fell hardest in areas disproportionately staffed by women, including nursing and other health professions, clerical work, and libraries.

On gender, the submission says the unpaid hours fell hardest in areas disproportionately staffed by women, including nursing and other health professions, clerical work, and libraries. This obliged many female public servants to make difficult changes to finely-tuned arrangements for balancing the working day or night with childcare and other caring responsibilities, often at significant financial cost.

“The introduction of the additional HRA hours worsened the gender pay and pensions gap as many female workers were obliged to seek part-time arrangements, retire early, or opt for reduced pay rather than reduced hours,” it says.

The submission says the resolution of the issue is integral to the Building Momentum agreement.

“Any costs arising from this were included in the overall costings cited by the Government and DPER prior to and during the process of ratification of the agreement. The PSC believes that the €150 million earmarked to deal with the issue during the lifetime of Building Momentum should be sufficient to restore most, if not all, of the additional HRA hours without negative impacts on costs or service delivery.

“Delivery on this commitment is an absolute requirement of Building Momentum, and the degree of progress on this matter during the lifetime of the current agreement will set the tone for any negotiations on a successor to it,” it argues.