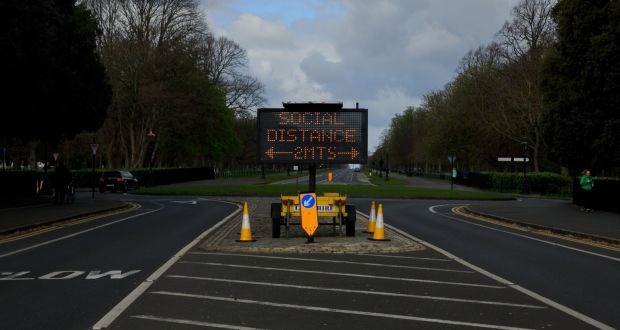 A ‘return to work safety protocol,’ agreed between unions, employers and the Government at the end of last week, will underpin workers’ safety as staff migrate back to workplaces after working remotely in the opening weeks of the coronavirus crisis.

The document puts the Health and Safety Authority (HSA) at the centre of enforcement guarantees, and insists that employers recognise at least one Covid-19 worker safety representative – and more in larger employments. This is an additional role to the safety representative function currently required under law.

In a letter to the union’s branches today, Fórsa general secretary Kevin Callinan said it was vital that unions ensure that they are “central in the selection of the lead worker representatives for Covid-19 arrangements.”

Kevin said he had raised the need for consultation on the return to public service workplaces in the union-employer-Government forum that agreed the new arrangements. It’s known as the Labour Employer Economic Forum, or LEEF.

Kevin Callinan said it is vital that unions ensure they are central in the selection of the lead worker representatives for Covid-19 arrangements.

Last week Fórsa also raised the need to consult on the safety of public service workplaces in a meeting with the Department of Public Expenditure and Reform (DPER), which manages overall public service employment arrangements.

The DPER secretary general agreed, and last week senior officials indicated to Fórsa that they had the matter under active consideration.

“They said they would be in contact with me this week, and I anticipate a need for discussions across the public service, within sectors, and within particular employments,” said Kevin.

The Return to Work Safely Protocol was launched by the Minister for Business, Enterprise and Innovation, Heather Humphries, last weekend. Separately, she said that the Health and Safety Authority (HSA) would get extra resources to deal with issues arising from the return to workplaces.

The protocol emerged from lengthy discussions at the LEEF, which is made up of Kevin Callinan and three other senior union leaders, four business representatives, and Government officials. Its meetings are usually chaired by An Taoiseach or the Minister for Finance.

The new protocol was drawn up to accompany the Government’s ‘roadmap for reopening society and business,’ which was published on May Day.

I believe that the protocol represents an important opportunity to show the value of trade union membership. There will be extensive collaboration and discussion between unions and employers during the period ahead.

“I believe that the protocol represents an important opportunity to show the value of trade union membership. There will be extensive collaboration and discussion between unions and employers during the period ahead,” said Kevin.