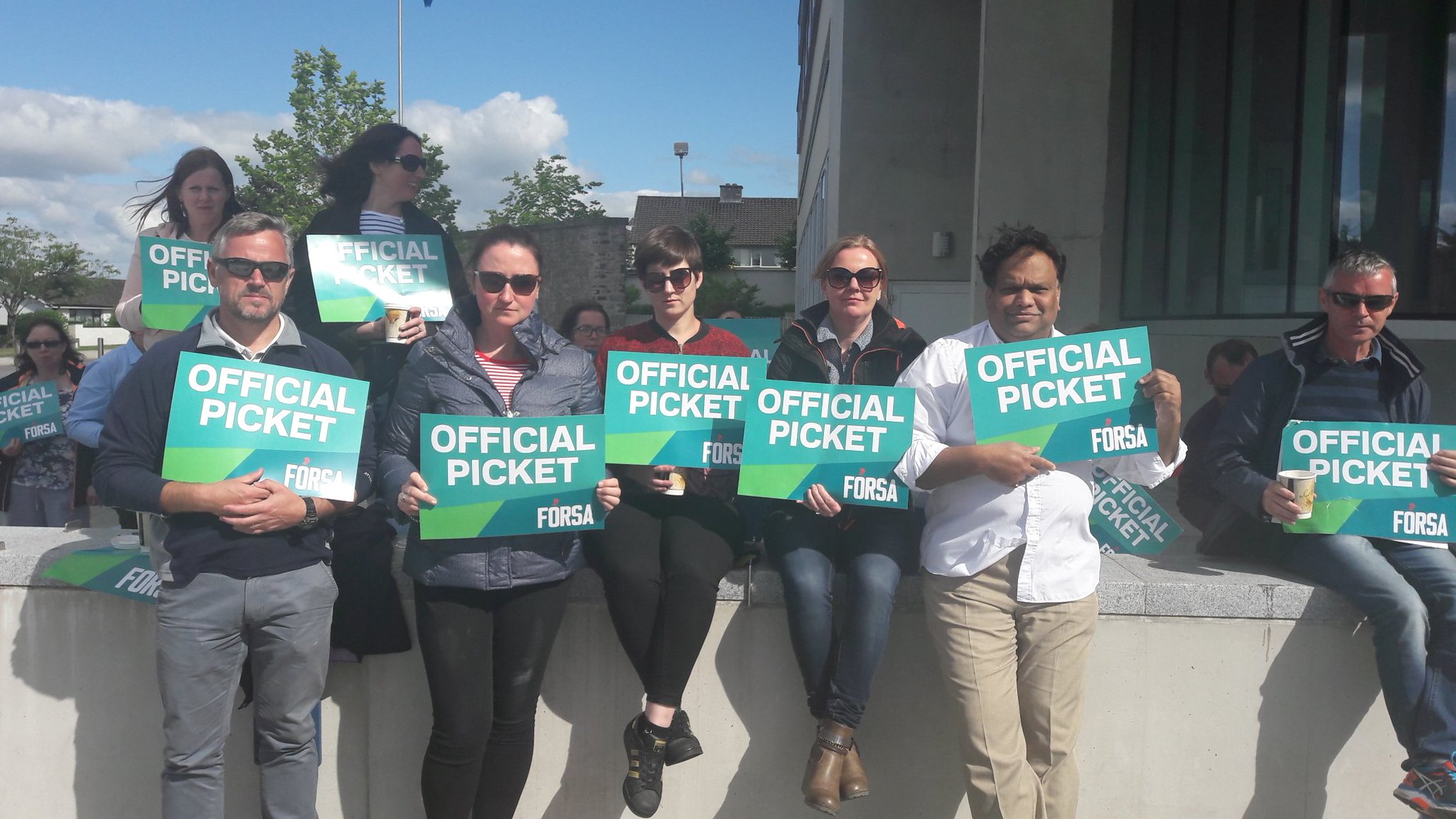 The council workers, members of Fórsa, are on strike in support of family-friendly working practices in the council.

They received huge local support during Tuesday’s (26th June) strike, and at a major demonstration in Roscommon town last Saturday.

Fórsa’s national head of local government said members of the public had brought cold drinks and ice-creams to picket lines on Tuesday. “We’ve had huge community support and Siptu’s decision shows that council management has lost the dressing room. The council is out of touch with the people it employs and the people it’s supposed to serve,” he said.

The dispute is over council management’s refusal to halt its effective ban on flexi-leave in the county council, in defiance of Labour Court rulings. Fórsa says it’s now over 12 months since any Roscommon council worker was approved for flexi-leave.

Last year, the Labour Court confirmed that Roscommon council staff should have the same rights as their colleagues throughout the local government sector. Its recommendation, which is binding on both sides, pointed to the Haddington Road agreement’s provisions on flexi-leave, which say: “no change is proposed to the existing terms with regard to the amount or the use of hours to be carried over.” That protection carried into the current Public Service Stability Agreement (PSSA).

The next one-day strike is scheduled for next Tuesday (3rd July).