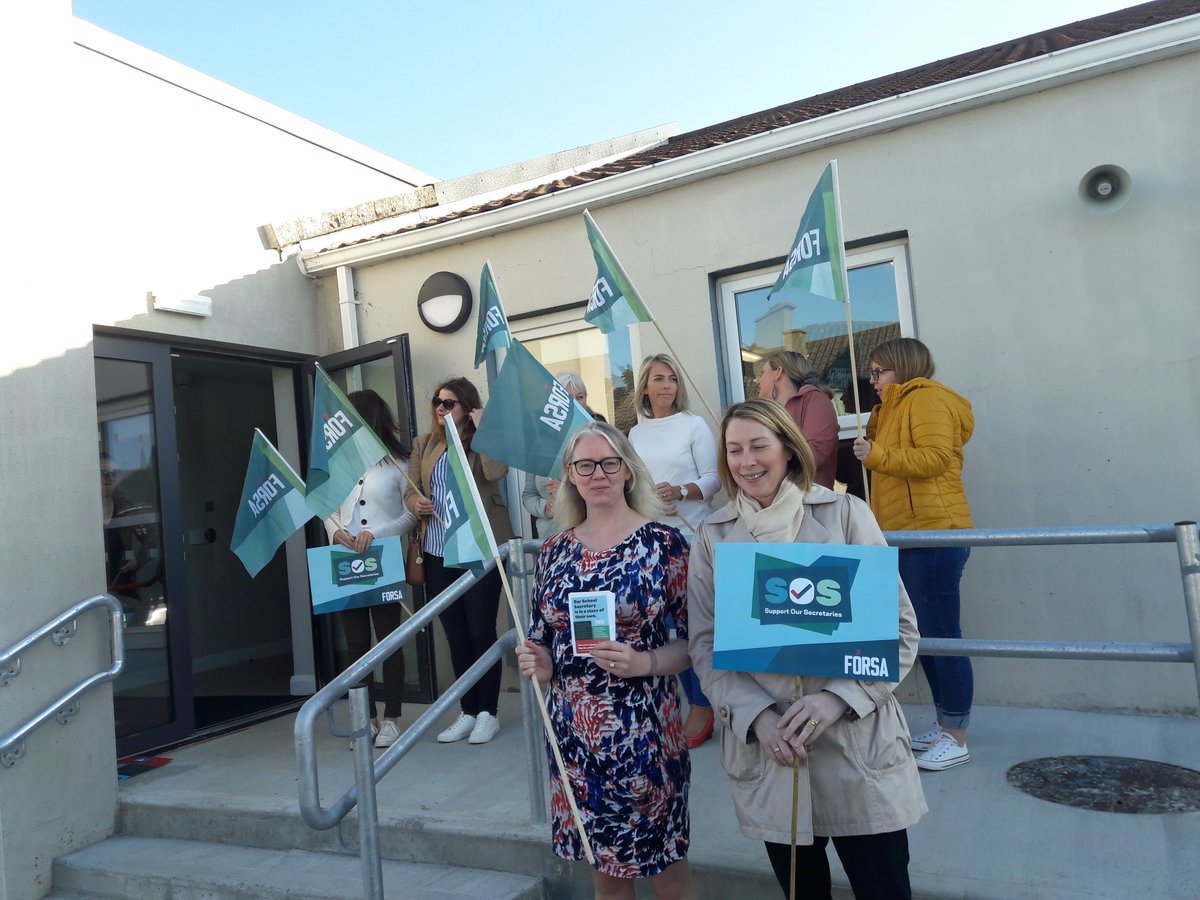 Fórsa’s School Secretaries branch suspended its industrial action today (Tuesday 22nd) following confirmation that school employers would be represented in negotiations at the WRC, effectively removing any barrier to the talks taking place under the Industrial Relations Acts.

The industrial action had been in place since Friday 20th September.

In a memo to members of the School Secretaries branch, Fórsa’s Head of Education Andy Pike said the union had received written confirmation that school management bodies will fully participate in WRC negotiations, and would recommend acceptance of any outcome to individual school boards of management, on the provision that the Department of Education and Skills will fund any new agreement.

Talks in the WRC will now take place on Thursday and Fórsa will continue to press the DES to deliver an agreement which ends the two tier pay system for school secretaries.

Andy added: “The WRC has now requested that our industrial action be suspended to enable talks to proceed. Fórsa has agreed to suspend the work to rule to allow these further talks to proceed.

“Therefore the work to rule is suspended as of 2pm today (Tuesday 22nd) and members should work normally and cease the boycott of the Esinet system,” he said.

Talks in the WRC will now take place on Thursday (24th October). Fórsa will continue to press the DES to deliver an agreement which ends the two tier pay system for school secretaries.

Andy thanked members of the branch for their participation in the action: “Many thanks to all members who have stuck with the work to rule. Since our campaign started in January membership has increased by over 40% and continues to grow.

“The industrial action has served a purpose in gaining us access to the WRC with the employers’ representatives and the DES at the negotiating table,” he said.

Andy added that, in respect of any backlog of work, members are advised to complete this work within a reasonable timescale: “Any requests for additional hours to be worked to clear a backlog should only be facilitated on the basis that overtime is paid or an alternative arrangement is in place acceptable to the secretary.”

He said Fórsa will request an extension at the WRC talks on Thursday for the deadline for returns to be submitted. In the meantime he advised any member put under pressure by school management to contact the branch executive as soon as possible.

Negotiations are expected to continue for a number of weeks.

Save the Date: Traveller Network Event

Fórsa’s Equality Committee will launch the Traveller Network event on the 9th November in Sligo Town Hall at 11am. Speakers
Read More
Next Article

The Labour Court has recommended cumulative pay rises of around 11%, phased over four years, for Fórsa members at CHC
Read More