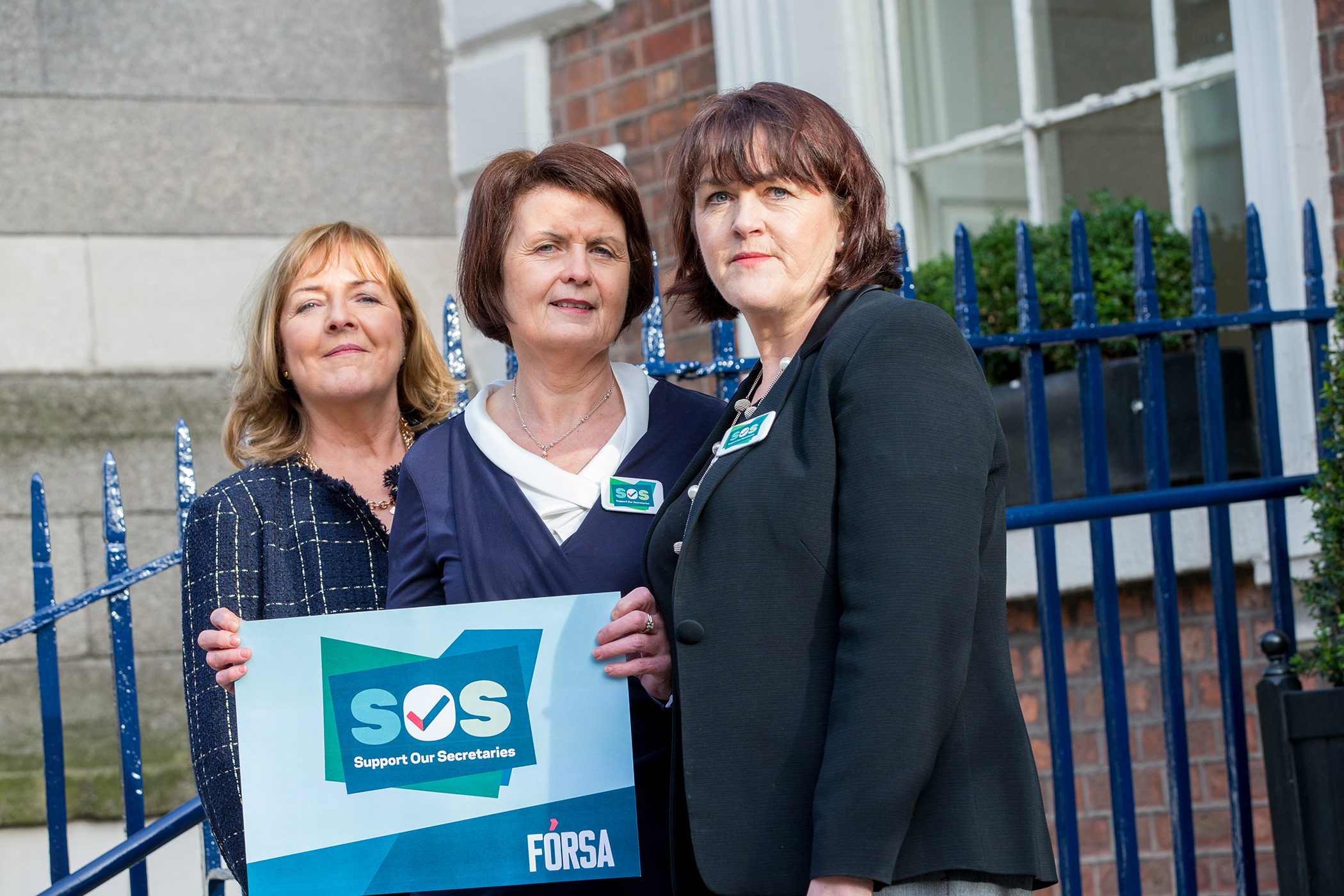 School secretaries will stage a rally at education minister Joe McHugh’s office in Letterkenny, county Donegal, at 1pm this Saturday (7th September). There will also be rallies at the education department headquarters in Dublin’s Marlborough Street, and at the department’s office in Cornamaddy, Athlone, at 1pm on Saturday.

Each event will feature a small number of speeches, and wrap up after about 30 minutes.

The rallies takes place as Fórsa prepares to reveal the result of a nationwide ballot for industrial action in its campaign for fair pay and working conditions for school secretaries. The ballot outcome will be announced publicly on Monday (9th September).

The union balloted its members over the summer after education department officials refused to discuss proposals to overcome a two-tier pay system that leaves most earning just €12,500 a year, with irregular, short-term contracts that force them to sign on during the summer holidays and other school breaks.

Fórsa has mounted a campaign for pay justice for school secretaries, most of whom are very poorly paid and have irregular, short-term contracts that force them to sign on during the summer holidays and other school breaks.

This is because of an antiquated and discriminatory employment status, foisted upon school secretaries in 1978, which gives a minority directly-employed public service status, while the majority are employed by school management boards, which determine their pay and conditions.

The School Secretaries Branch is providing transport from our regional offices as follows:

Galway to Athlone, departing 11.00am from Fórsa Galway Office;

Sligo to Letterkenny, departing at 10.30am from Retail Park Sligo (Across from Homestore and More).

Fórsa trade union has welcomed the outcome of an adjudication at the Workplace Relations Commission (WRC) concerning online advertising. The
Read More
Next Article