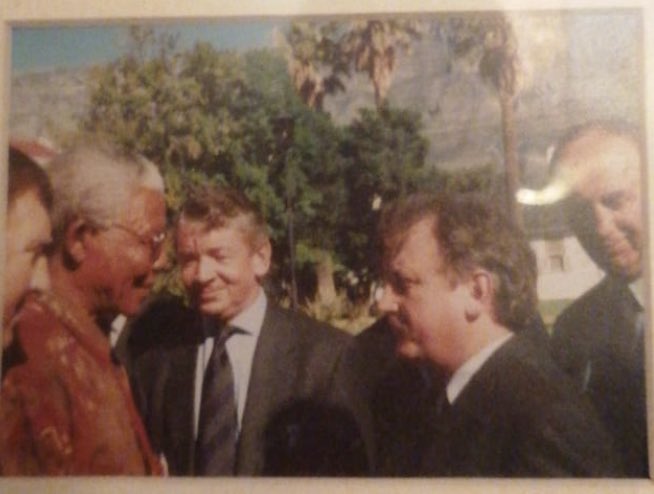 Fórsa was deeply saddened to hear of the passing of former PSEU President Eoin Faherty, who died last week. A former Oireachtas employee, Eoin was loyal member and avid activist of the PSEU for over 20 years, in which he served two terms as president.

Fórsa official Billy Hannigan paid tribute to his friend and union colleague, describing him as larger than life, with an infectious enthusiasm. “Eoin was incredible fun and will be sorely missed by all who knew him,” said Billy.

Eoin served as president in the mid-1980s, meeting difficult issues head on, and was fiercely loyal to the union and its members.

Commending his commitment to the trade union movement, Billy described how Eoin worked tirelessly for members during a difficult industrial relations period. “Eoin served as president in the mid-1980s, when cutbacks, recruitment embargos and decentralisation were at the fore. He met these issues head on, and was fiercely loyal to the union and its members,” said Billy.

Eoin was also involved in trade union matters abroad. After befriending Mike Grindley, he played a leading role in the reestablishment of trade union rights at GCHQ after Thatcher made it illegal for civil servants there to join a union.

Eoin was also a keen sportsman, and a founding member of the Oireachtas rugby team, which was established in 1995. In this heartfelt tribute, Senator John McGahan paid tribute to his hard work and contribution to the Oireachtas.

Our thoughts are with Eoin’s wife Carmel, children Grainne, Darragh and Emmet, and extended family and friends at this time.