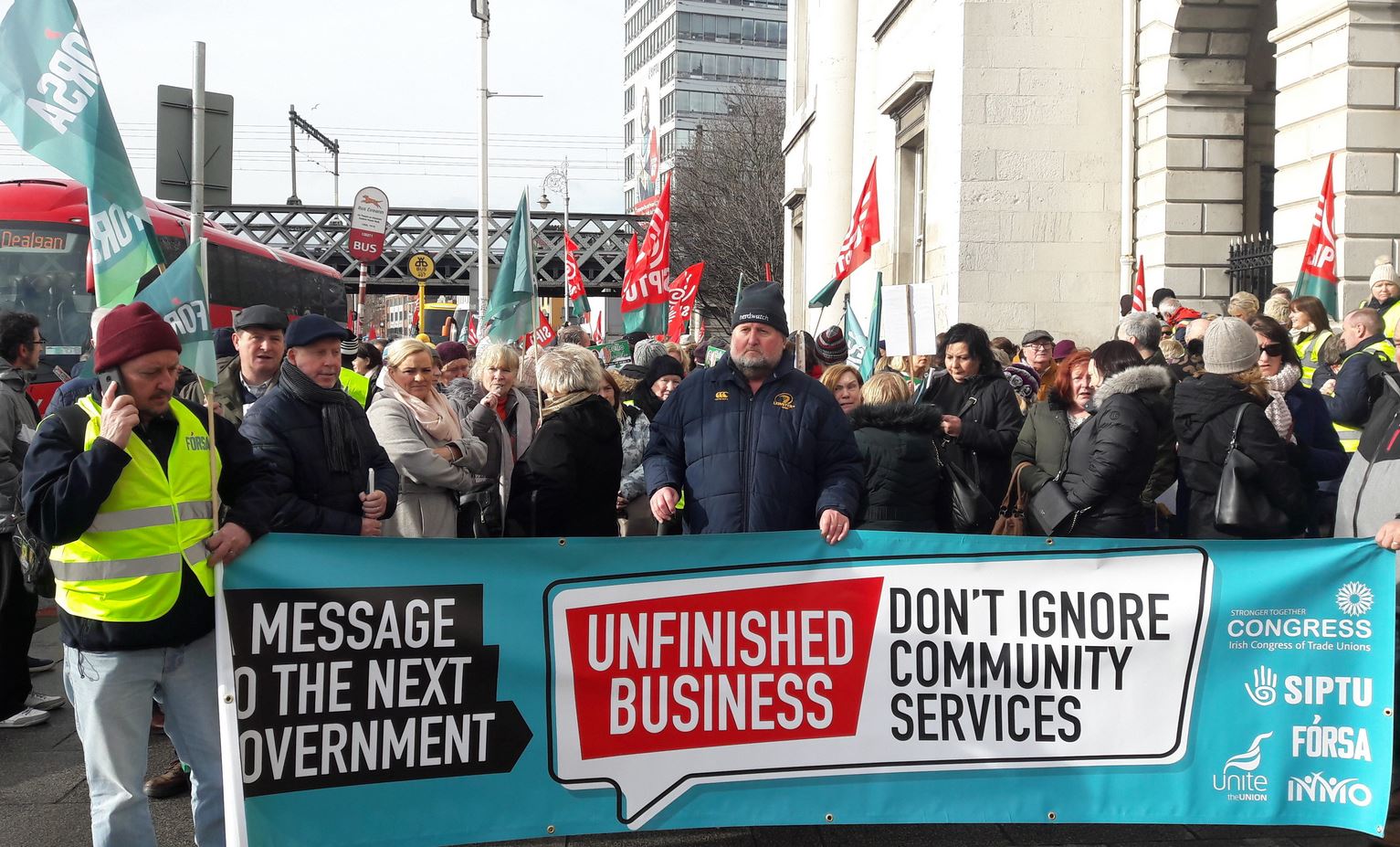 Unions have made a breakthrough on pay restoration for members in 250 State-funded voluntary health and social service providers – known as Section 39 agencies – following a conciliation conference held under the auspices of the Workplace Relations Commission (WRC) yesterday.

Planned industrial action by members of Fórsa in Cork and Kerry next week has been suspended on foot of an agreement between the group of unions (led by the Irish Congress of Trade Unions) and the HSE for two phases of pay restoration to be implemented next year. The first of these is due to take effect from 1st January 2021.

The first instalment will be a payment of up to €1000 annual increase in salary, effective 1st January 2021, and will be paid in January 2021.

A second instalment, equating to 50% of outstanding restoration due, will take effect from 31st May 2021, and will be paid in June 2021.

This is a welcome breakthrough and some good news at the end of a long and very difficult year.

Fórsa official Catherine Keogh said the agreement was a significant breakthrough for Section 39 workers: “This has been an exceptionally challenging year for these workers.

“Our one-day strike took place on 14th February, which was just a few weeks before the Covid-19 crisis hit, and these are the workers whose professionalism and experience was called upon like never before in response to that crisis.

“This is a welcome breakthrough, and some good news at the end of a long and very difficult year for them,” she said.

The parties will convene again under the auspices of the WRC at the beginning of the second quarter of 2021 to discuss the date of application of the final phase of pay restoration and a union claim for retrospective payments.

In 2019 an agreement covering 50 larger Section 39 employments was approved by unions, and was followed by talks to achieve a similar agreement for the remaining 250 smaller employments in the sector.

The first instalment will be a payment of up to €1000 annual increase in salary effective 1st January 2021 to be paid in January 2021.

Failure to reach agreement led to a one-day strike by Fórsa members in a number of agencies last February.

Section 39 organisations were instructed by the HSE to cut staff pay in line with reductions in pay for public servants during the economic crisis.

However, staff in these agencies were not covered by subsequent public service pay agreements that restored pay.

The Irish Congress of Trade Unions is to write to the Minister for Health seeking that membership of the Dialogue Forum with Voluntary Bodies be increased to include union representatives.  Unions say this forum can contribute to the resolution of the long-term structural issues in the sector and their inclusion is consistent with the commitments in the programme for government to wider and deeper social dialogue.

Over a third of civil servants think their promotion chances will be hampered if they avail of flexible work options,
Read More
Next Article

Agreement due on Covid redeployment

Fórsa and HSE management are close to completing discussions on a redeployment policy for health staff, designed to replace the
Read More