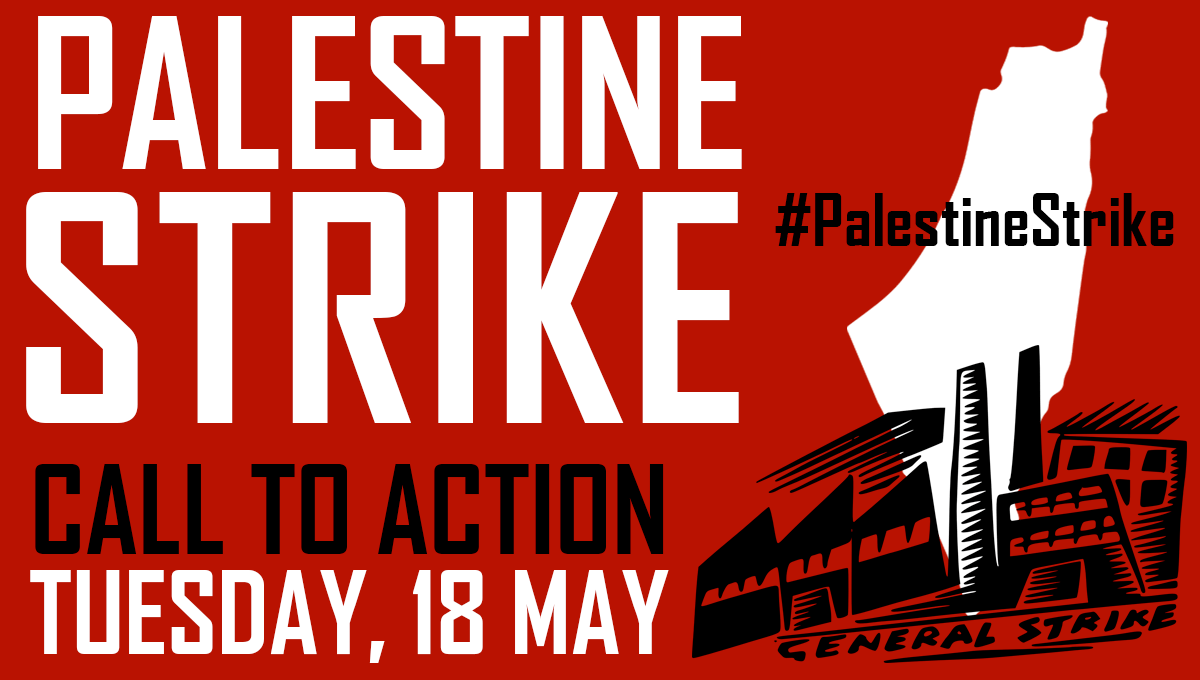 Fórsa and other Irish trade unions have extended support and solidarity to Palestinians, who are staging a general strike today (Tuesday) in protest of the Israeli armed forces’ continued deadly attacks on Gaza.

In a video message issued this morning, Fórsa general secretary Kevin Callinan threw the union’s weight behind today’s international Day of Action against the attacks.

“Everyone at Fórsa sends a message of support and solidarity to the Palestinian people,” he said.

The union condemned the recent events in occupied East Jerusalem and Gaza, and expressed the union’s deepest condolences for those – including children – who tragically have died in the escalated violence.

Kevin said the international community must play its part in increasing pressure on Israel to end the blatant violation of human rights. He said the Israeli state must “be held to account for its actions, and the ongoing refusal to abide by international law.”

“We in the Irish trade union movement join those international voices calling for an immediate cessation of the aggression and violence and for Israel to comply with International law,” said Kevin.

Today in Jerusalem and across Palestine, workers are observing a general strike to protest against Israel’s repression and the ethnic cleansing of the Palestinian people.

Fórsa official Richy Carrothers, who chairs Trade Union Friends of Palestine, said: “As Israel unleashes further indiscriminate air and ground attacks on defenceless innocent people across Gaza and the West Bank, the international community should no longer avert their eyes or engage in hand-wringing diplomacy. We need action today. Israel must be held accountable for their actions and the slaughter and ongoing ethnic cleansing of the Palestinian people.”

Richy said the BDS campaign was a Palestinian-led movement for freedom, justice and equality. BDS upholds the simple principle that Palestinians are entitled to the same rights as the rest of humanity.

“Israel is occupying and colonising Palestinian land, discriminating against Palestinians and denying refugees the right to return home. Inspired by the South African anti-apartheid movement, BDS urges action to pressure Israel to comply with international law. We should all join the fight for Palestinian justice and liberation. BDS presents our best opportunity to show our solidarity,” he said.