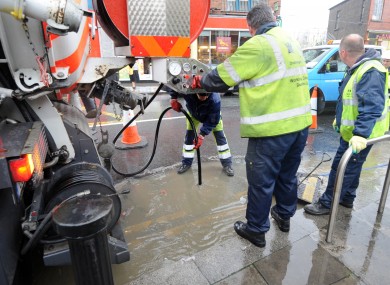 This follows media reports of the details of a civil service briefing for the new minister, which warned that current arrangements increased the “risk” of service failure. Fórsa, the union that represents most of the staff, has rejected this assertion and says workers fear the real motive is to prepare water services for future privatisation.

The union had earlier expressed disappointment at the incoming coalition’s failure to set a date for a referendum to secure public ownership of water services in the Programme for Government.

At a recent meeting with Fórsa and other unions in the sector, Minister O’Brien gave assurances that he would engage with them on the future of Irish water services. Fórsa followed up with a letter today (Tuesday), in which the country’s largest public service union reminded the minister that the issue was currently being dealt with in a Workplace Relations Commission (WRC) process.

The WRC process was prompted by union fears over the previous administration’s proposal to move local authority water services into a single water utility by 2021. Fórsa has insisted on “simultaneous movement” on four strands in the talks:

In today’s letter to Minister O’Brien, Fórsa’s local government chief Peter Nolan said staff were fearful for their jobs and future the quality and continuity of safe water services – especially if privatisation remains a possibility.

“Over 3,000 local authority workers continue to provide waste and water services under very difficult conditions, dealing with a network that has been under-resourced for decades. It would be most unfortunate if civil servants within your department, with or without your agreement, had insinuated that the current service level agreement would lead to ‘water service failure.’ Such briefings are not based in reality and do nothing to instil confidence among our members about their future,” he said.

Mr Nolan said a referendum was necessary to assure workers and communities that water services would not be sold off. He said water privatisation in other counties had led to worse services at higher cost to citizens and taxpayers. “The privatisation of water has been successfully reversed in a host of European cities and regions because privatised services only mean higher costs and a failure to deliver promised improvement,” he said.