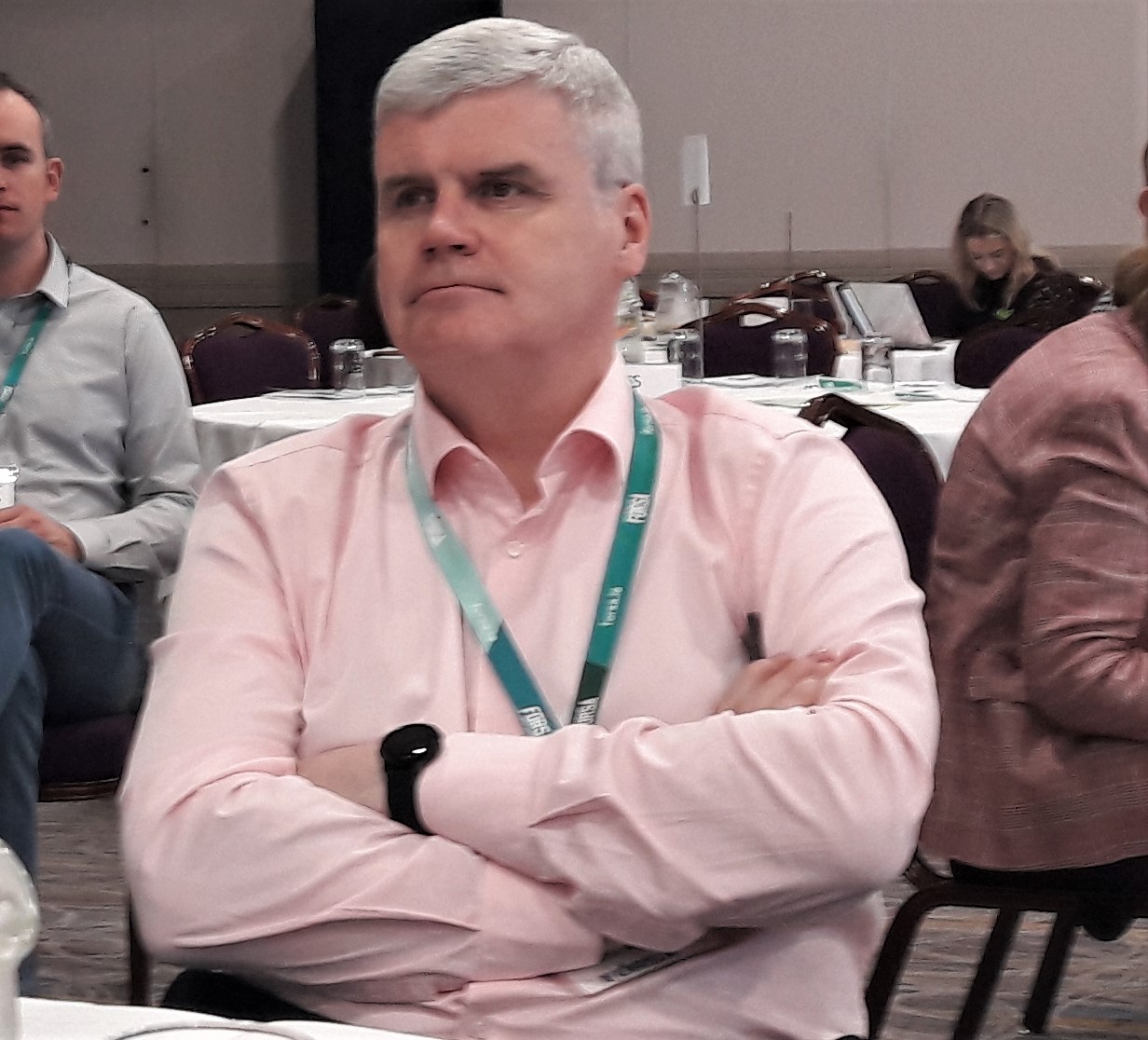 Union criticises lack of transparency of Government’s Brexit plans, and says talks are needed to ensure continuity of services and job security

Fórsa trade union’s Services and Enterprises division has called for a “comprehensive dialogue” with Irish government departments in order to ensure a seamless continuity of services in the aftermath of Brexit.

The union said talks are essential to secure the jobs and livelihoods for Irish workers likely to be most affected by the UK’s departure from the EU.

A motion to the union’s divisional conference in Sligo today (Thursday) said dialogue with various government departments was also necessary to ensure that all appropriate supports are made available in the event of the UK’s departure from the EU.

Proposing the motion Eugene Gargan (pictured) said: “We anticipate that members of our division in the private sector will be among the most affected by Brexit. In the case of a so-called ‘no deal’ situation we have members in the private sector where the effects on cross-border and European trade is likely to have very negative consequences.

“Because of the huge uncertainty surrounding Brexit, many business are holding off on investment and capital expenditure. The longer that stasis continues, the more jobs and livelihoods in these sectors are put at risk,” he said.

Fórsa’s Services and Enterprises division represents around 7,000 workers in commercial and non-commercial semi-state organisations, as well as private companies in aviation and communications and community and local enterprises.

Any plans need to be published, tested and refined to make sure they stand every chance of success.

Mr Gargan added: “We do not need to wait until October to see the initial effects of the UK’s actions. Already, global funds, which are both volatile and mobile, have shifted from expected patterns of investments.

“In some cases, these investments have been made in Ireland much to the delight of our own government. But a failure to acknowledge the secondary effect of such investments in the way it pushes up commercial property costs, adds to traffic congestion and further distorts house prices is a failure to govern properly in the interests of all the citizens of Ireland,” he said.

Mr Gargan described the Government’s development of a Brexit response plan as “poor.”

“While some contingency plans drawn up, they’ve been developed under the pretence of ‘nothing to worry about, it’ll all be ok’. That’s not good enough. If there’s no engagement with stakeholders, there’s a risk that any plan will be unworkable. Any plans need to be published, tested and refined to make sure they stand every chance of success,” he said.

The division also represents workers in a number of North/South bodies created under the terms of the Good Friday Agreement.

Head of division Angela Kirk explained North/South bodies, such as Waterways Ireland and Safefood Ireland, are facing the massive uncertainties associated with Brexit, as well as challenges emerging due to the continuing absence of the Legislative Assembly in Stormont.

Brexit, whenever it happens – hard or soft – is likely to deepen the existing problems.

“The continuing problem of there being no Assembly in Northern Ireland for more than two years has caused significant problems in the day-to-day running of these bodies.

“For example, Foras na Gaeilge is a cross-border body responsible for the promotion of the Irish language, and work in conjunction with the Ulster-Scots agency.

“They’re having trouble getting approval to fill posts by the North-South ministerial council, because posts need to be approved both by DPER and the equivalent body in Northern Ireland, but there’s nobody there. Consequently, posts are not being filled.

“The longer that continues, the greater a problem it becomes. They’re simply not making any decisions, so Brexit, whenever it happens – hard or soft – is likely to deepen the existing problems,” she said.