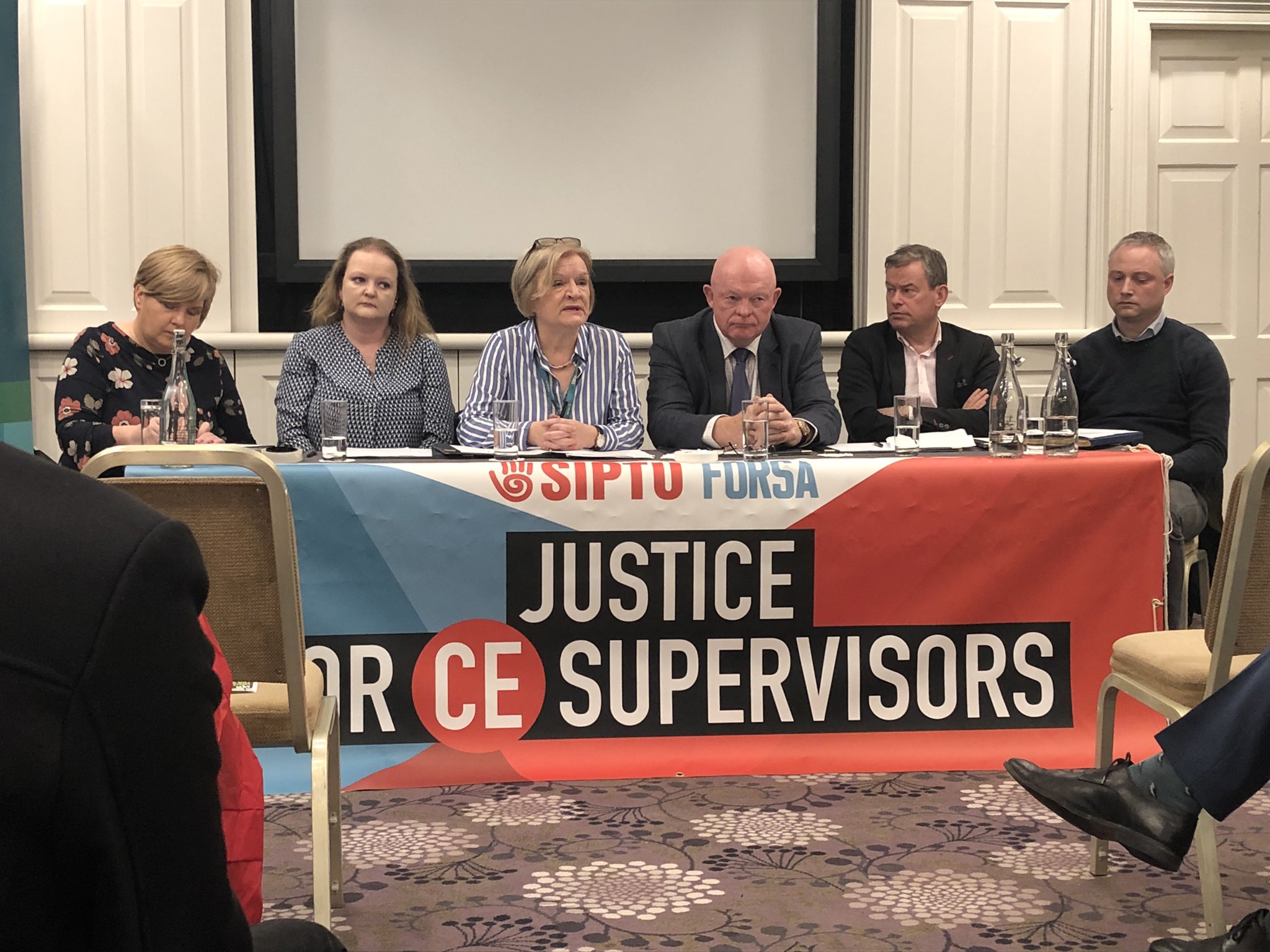 Fórsa and SIPTU had previously contacted the minister in October calling on him to convene a meeting of the forum to discuss issues like funding, pensions and policy.

Industrial action by CE supervisors was suspended in May this year following an agreement with the Department of Employment Affairs and Social Protection (DEASP) to enter into a talks process aimed at resolving a long-running dispute.

Fórsa assistant general secretary Ian McDonnell said: “Since December 2017, union representatives have been waiting to meet the minister or his officials to explain that their figures on the cost of honouring a 2008 Labour Court recommendation, on the pensions of CE supervisors, are completely inaccurate.”

He added: “We will be calling on TDs to raise this issue in the Dáil and directly with the minister. The Community Sector High Level Forum must be convened urgently in order to address the very serious issues in the sector.”

Unions have highlighted the incorrect response the minister made to a Dáil question on the cost of honouring a 2008 Labour Court recommendation.

The Minister claimed the matter was the subject of extensive discussion at the Community Sector High Level Forum. But figures provided by department officials during a limited engagement with union representatives were proven to be completely inaccurate.

The forum, which includes representatives of government departments, statutory agencies and trade unions involved in the community sector, was due to convene quarterly, but it has not met since December 2017.