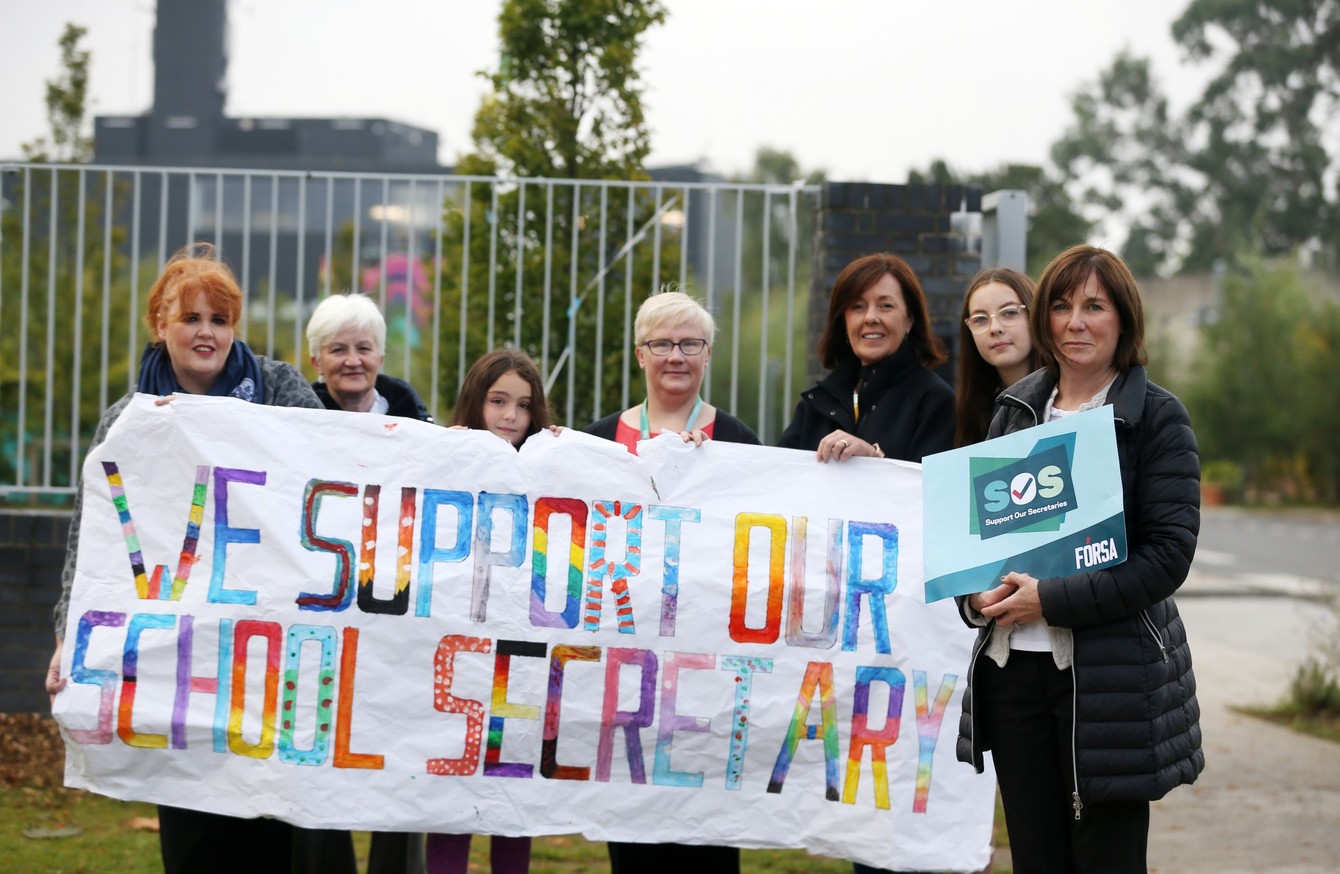 Caretakers and school secretaries plan to gather in Dublin for a national rally on the day of the strike, and they will place pickets on the Dublin headquarters of the Department of Finance and Department of Public Expenditure and Reform (DPER), which Fórsa accuses of blocking implementation of a Government commitment to standardise pay and conditions of school secretaries.

Most of the caretakers earn around €13,800 a year, and secretaries are on just €12,500. They are on irregular short-term contracts that force them to sign on during the summer holidays and other school breaks. It’s almost a year since Tánaiste Leo Varadkar spoke on the matter in Dáil Éireann, and gave a commitment to year end a four-decade system of pay inequality, which has been criticised by parties across the political spectrum.

The dispute was subsequently referred to the Workplace Relations Commission (WRC), where education department officials failed to follow through on the Government’s commitment.

Fórsa’s head of Education, Andy Pike, said the education department’s failure to make the expected proposals to fully standardise pay and conditions for school secretaries and caretakers had left them bitterly disappointed as they start another school year of pay discrimination.

“The offer was effectively a repackaging of a previous proposal and served only to emphasise a concerted and determined opposition to the standardisation of pay and other working conditions like leave and occupational pension provision. The Department of Education effectively closed down discussion on any meaningful regularisation with an offer that fails spectacularly to meet the commitment made by the Tánaiste in the Dáil last October. Caretakers and school secretaries have again been let down by their employers and by the Government,” he said.

Mr Pike said the workers had a reasonable expectation that a solution would be in place by now. “They have campaigned and made their case, which has won broad public and political support. Following Mr Varadkar’s 2020 Dáil statement, school secretaries and caretakers counted the Government among those who backed pay equality in our schools. But that is evidently not the case, Caretakers and school secretaries have been badly let down, and clearly feel that industrial action is now the only option open to them,” he said.

Mr Pike said the employer’s offer would still leave the majority earning about €12,000 a year less than their directly-employed colleagues. Aside from pay, the proposals contained no movement on standardisation of leave, sick leave and other conditions of service. Neither did they address access to an occupational pension scheme in a similar way to directly-employed staff.

“Almost a year ago, the Government made an explicit commitment to resolve this issue. But the offer that followed falls far short of that and lacks all credibility. It’s totally disheartening for caretakers and school secretaries who have worked above and beyond during the Covid crisis,” said Mr Pike.

Unions call on Taoiseach to save local employment services