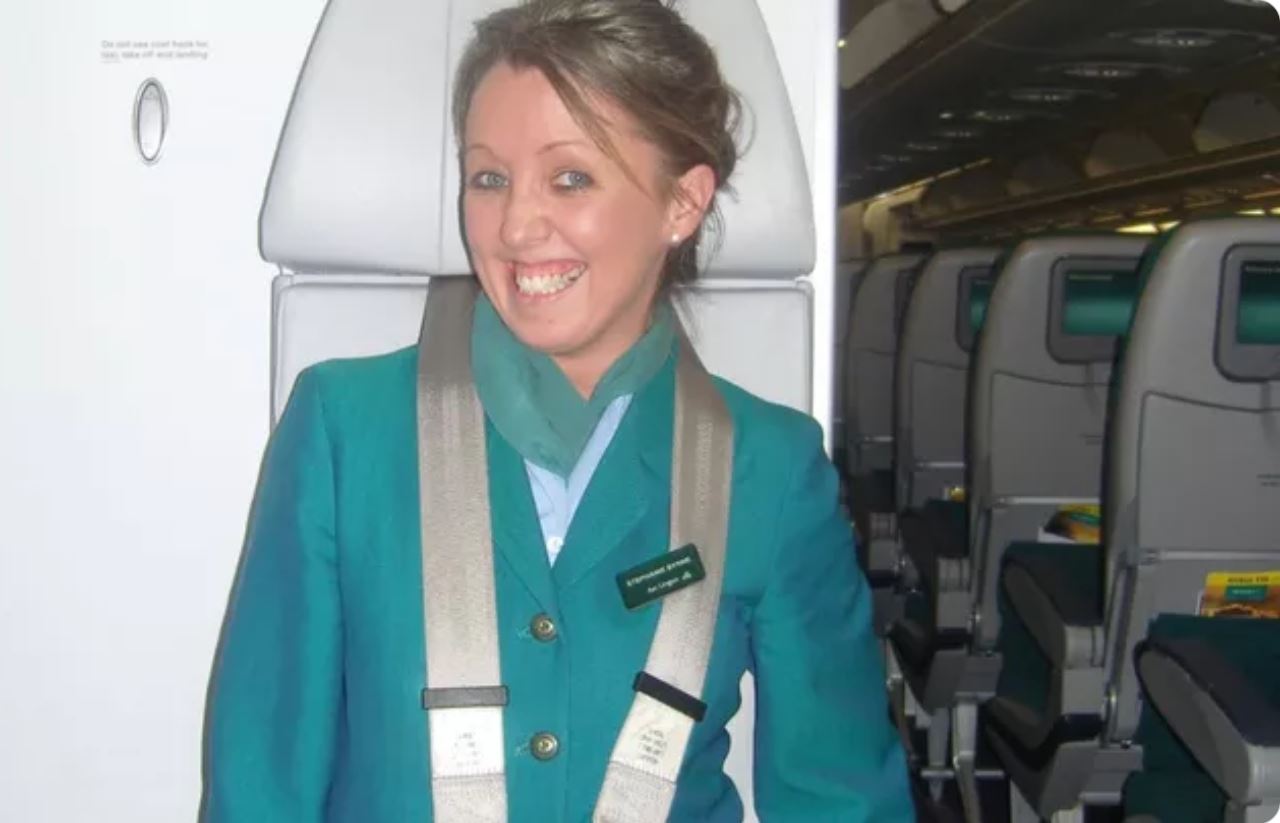 Members of Fórsa’s Aer Lingus Cabin Crew branch have successfully raised more than €50,000 in a fundraiser appeal for their colleague and branch member Stephanie Scott Byrne. Stephanie has been unable to return to work following a diagnosis of motor neurone disease (MND) in January this year.

The fundraiser was set up by her cabin crew colleagues Anne and Fiona Gillespie. Describing Stephanie as a ‘wonderful colleague’, who had joined Aer Lingus in 2005, they said: “Stephanie’s love of her job as cabin crew, her love of people and love of fun was infectious.

“In January 2022 Stephanie was diagnosed with motor neurone disease, and she is unable to return to work. Her husband, Mike, has given up his job to be her sole carer and to parent their nine-year old daughter April.

“We would like to raise as much funds as possible to support and help Stephanie, Mike and April through the challenging times ahead,” they said.

The fundraiser reflected the support, respect and friendship of Stephanie’s cabin crew colleagues and her wider family and friends.

Patricia O’Sullivan, Chairperson of the Cabin Crew Branch Executive and cabin crew colleague, said that Stephanie’s Aer Lingus colleagues, family and friends jumped at the chance to support this fundraiser. She added that the speed with which it took off was simply amazing: “They have all rallied support for Stephanie and her family and the huge gesture of solidarity is something we hope will give them comfort at this difficult time”.

Niall Mullally, Chairperson of Fórsa’s Services and Enterprises division and fellow cabin crew member, said the establishment of the fundraiser reflected the support, respect and friendship of Stephanie’s cabin crew colleagues and her wider family and friends. “Fiona and Anne’s initiative reflects the best of trade union values and overwhelming solidarity among cabin crew.

“Equally, Fórsa’s Services and Enterprises division is actively encouraging anyone who can to support this fundraising effort,” he said.

Responding to the progress of the fund last week, Stephanie’s husband Mike thanked donors for their generosity, and said she had been overwhelmed by news of the fundraising drive: “If Stephanie was well enough, she would be thanking you personally. Unfortunately, her illness has progressed, and basic communication is a burden for her.”

You can support Fiona and Anne’s fundraiser for Stephanie HERE.

Ahead of the national Raise the Roof rally on Saturday, 26th November, Fórsa has joined with the other education unions
Read More
Next Article

Call for school caretakers at AGM