From the battle for the eight-hour workday to achieving decent terms and conditions for all; we’re not quite there yet, but the Covid-19 pandemic has the potential to expedite universal quality working conditions if we organise and fight together.

International Workers’ Day originated in 1889 to commemorate the Haymarket Square riot, which occurred three years prior. The ‘Haymarket affair’ began as a peaceful protest in Chicago where crowds gathered in solidarity with workers striking for the eight-hour workday. On May 4th 1986, an unidentified person threw a bomb into the crowd at Haymarket, causing police to randomly fire in response. This resulted in the death of seven police officers and at least four civilians, with dozens of others injured.

Labour leaders were subsequently rounded up and arrested, with four executed. The trial was declared a miscarriage of justice and pardons were issued to those convicted only three years later. In 1889, an international federation of socialist groups and trade unions designated May 1st as a day in support of workers in memory of the lives lost at Haymarket. This is what we now celebrate as International Workers’ Day or May Day.

Workers have since won the eight-hour workday amongst numerous other protections, but over 130 years later, we’re still fighting for many basic dignities.

Workers have since won the eight-hour workday amongst numerous other protections, but over 130 years later, we’re still fighting for many basic dignities. Speaking on May Day last year, President Michael D Higgins reflected on the achievements of those at Haymarket and others who came before us. “The benefits and rights that workers and families enjoy today have been won through the energy and dedication of union leaders, representatives and activist members who have negotiated, lobbied and taken action, often at personal cost, to ensure fairer and better workplaces and societies.”

However, with a word of warning, he implored the Irish people not to be complacent. “Lest we be tempted to rest on the laurels of these achievements. We must remember that workers’ rights are never a given, are always under threat, and continue to be undermined and eroded,” President Higgins said.

Lest we be tempted to rest on the laurels of these achievements. We must remember that workers’ rights are never a given, are always under threat, and continue to be undermined and eroded.

If the pandemic has taught us anything, it’s the value of workers’ contribution to society, particularly those working on the frontline and those supporting them in other essential roles. Precarious contracts and minimum wages that leave people below the poverty line are still a tragic reality, but it seems that now more than ever before, there’s an appetite to make that reality history. Workers subject to these conditions should not have had to ‘prove their worth’ to be granted basic dignities, but nevertheless, there is no denying now how vital these people are to the proper functioning of society after how they heroically served our communities during the crisis. It’s time they are properly recognised.

There is no denying now how vital essential and frontline workers are to the proper functioning of society after how they heroically served our communities during the crisis.

Successive conservative Governments have also prioritised tax cuts over spending, to the detriment of affordable housing, access to health services, childcare and other public services. But the pandemic has presented us with a unique opportunity where people now have a renewed appreciation for quality publics services and are beginning to accept that substantial investment is required to secure and sustain them. This is a new realisation for many and the shift from a ‘cost to citizens’ framing of economic policy to ‘investment in society’ is heartening.

This is aptly demonstrated by the Citizens’ Assembly’s announcement this day last week, where they stated that in order to make a reality of the better public services and improved social protections outlined in their recommendations, they are prepared to support and pay higher taxes. (Only after greater efficiency and accountability for public funding is secured and a reprioritisation between current spending and revenue raising occurs.)

Where there’s a will, there’s a way and we cannot allow things to revert back to how they were before.

The Assembly’s recommendations on gender equality had a sharp focus on the world of work, which further illustrates how crucial proper terms and conditions are to a good standard of living. Results of their deliberations included calls to ensure a legal right to collective bargaining and the introduction of a statutory right to reasonable access to flexible working. There is no longer a credible argument against examining the ways we work after so many people can now work remotely, which was unimaginable before the pandemic. Where there’s a will, there’s a way and we cannot allow things to revert back to how they were before.

If the pandemic has shown us anything, it’s that change can happen when we want it to. But we cannot sit around and wait for those in power to enact it. Taking inspiration from those workers in Chicago over 130 years ago fighting for the eight-hour day, we must take what we’ve learned, organise and demand better just like they did. History proves we are stronger together. This difficult period has the potential to produce better outcomes for all, but only if we work collectively to achieve them. 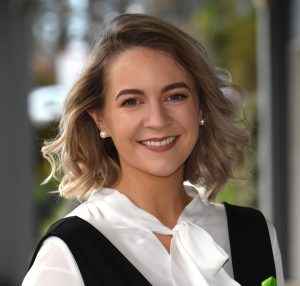