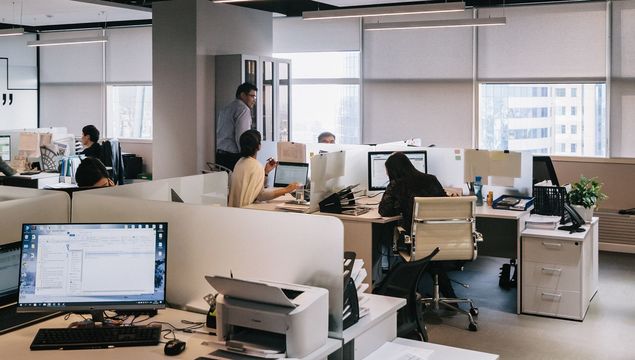 Fórsa branches have been advised to seek assistance from the union if their local management moves to impose unacceptable arrangements during the phased return to the workplace announced by the Government last week.

The Government’s new public health plans envisage a phased return to workplaces from 20th September for public servants and others who’ve been working from home on foot of official Covid advice.

The union met Department of Public Expenditure and Reform (DPER) officials last Friday (3rd September) and insisted that there must be engagement between management and union representatives at all appropriate levels, with arrangements clearly communicated to staff as early as possible.

DPER confirmed to Fórsa that its guidance to civil and public service employers is currently unchanged because the phased return to workplaces hasn’t yet kicked in. Officials said new guidance would issue, in the form of FAQs, once an existing national safety protocol is revised.

In the meantime, the union has been active in discussions about phased-return arrangements in various sectors including the civil service. A number of civil service departments are planning a return of one day in September followed by two days in October for most staff currently working remotely. This will be followed by a review.

Revisions to the national safety protocol are to be agreed in a sub-group of the ‘Labour-Employer Economic Forum (LEEF),’ made up of senior officials from ICTU, the Government and employers’ body Ibec.

Fórsa has said that workplace safety and continued efforts to contain the virus must be the number one priority during and after the phased return. The union has pointed out that the safety protocol obliges all employers to liaise with worker safety representatives on issues relating to pandemic health and safety protections.

Union officials insisted that engagements between management and union representatives should encompass ‘blended’ working arrangements pending agreement on national and local ‘post-emergency’ remote working policies. According to the Government’s plans, these are meant to be in place by March 2022.

Fórsa responded to a first draft of a civil service blended working framework produced by DPER over the summer. And talks are expected to start in earnest this week. Once agreed, the civil service framework is meant to form the basis for discussions on policies in sectors and organisations across the public service.

In a letter to Fórsa branches last week, the union’s general secretary Kevin Callinan urged them to ensure that lead worker safety representatives make contact with local management to ensure that they are consulted on relevant ‘return-to-workplace’ health and safety matters.

Unions call on Taoiseach to save local employment services

Today’s demonstration starts at the Merrion Hotel in Dublin’s Upper Merrion Street at 12 noon and finishes at 1.30pm. Fórsa
Read More
Next Article

Fórsa officials are seeking immediate engagement with local managements to prepare for a phased return to workplaces from 20th September.
Read More